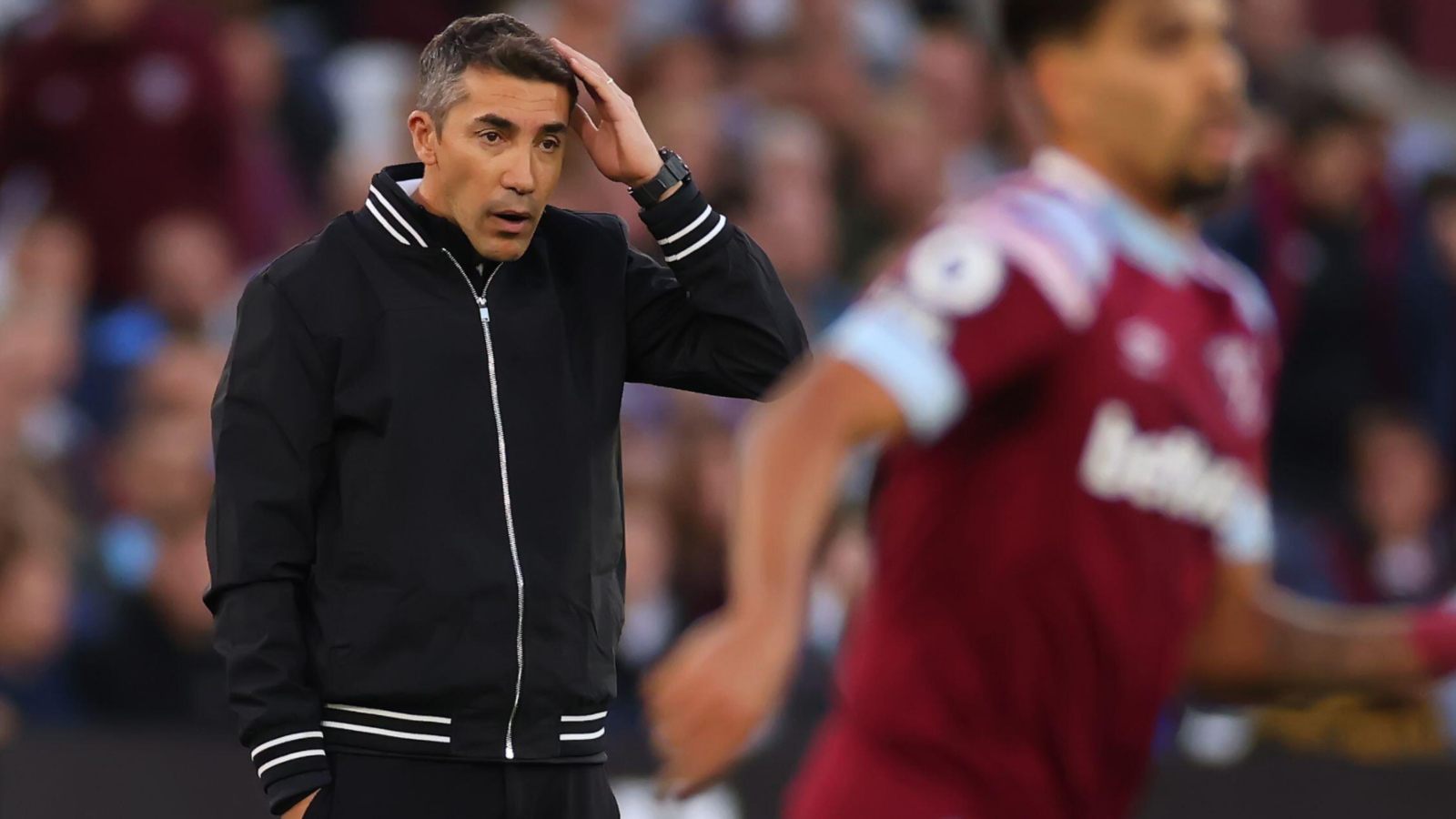 You can barely move in the Midlands for under-pressure managers. None of Brendan Rodgers, Steve Cooper or Steven Gerrard will have felt completely secure during an international break that was earmarked for sackings, yet Bruno Lage seemingly swerved much of the scrutiny. Not any more.

Lage wasn’t even the manager facing most questions at the London Stadium where his Wolves side took on West Ham in what was deemed the first of four games that could dictate David Moyes’ future with the Hammers. But after a 2-0 win in which Gianluca Scamacca and Jarrod Bowen both showed up for their boss, the burden of pressure shifted across the technical areas and landed squarely on Lage’s shoulders.

Scamacca scored his first Premier League goal on a rare league start before Bowen capped a massively-improved performance with a wonderfully-taken second goal from which Wolves never looked likely to recover.

Those were two moments of rare quality in a weirdly low-key clash between two sides that struggled to show why we should believe that they occupied false positions in the table.

Wolves spent over £100million this summer, since when they have won one game in eight. Their stagnation goes back even further, almost six months, in which time a 1-0 triumph over Southampton a month ago is their only victory in 15 games. Rodgers, Cooper and Gerrard could all point to better records yet Lage seemed to benefit from greater patience.

That evaporated as bubbles blew into the east London evening sky. ‘You don’t know what you’re doing’ chanted the Wolves supporters after a late double substitution that, evidently, failed to inspire any confidence whatsoever.

Already Diego Costa had been dispatched from the bench for his first Premier League appearance since 2017 and his first competitive game of any type since January. The 34-year-old, inevitably, was a handful and peak-Costa – and perhaps a fitter one – would have buried a header that drifted narrowly wide in the later stages.

At least Costa offered some intent. In the first half, especially the opening half hour when the visitors played some pretty-but-toothless football, they stumbled upon a couple of openings that Rayan Ait-Nouri and Matheus Nunes both passed up. Injuries to centre-forwards can be used as an excuse for failing to score in five of eight games this season, but in the absence of Raul Jiminez and Sasha Kalajdzic, and while Costa gets up to speed, Lage needs urgently to find other sources of goals.

Injuries also meant another run-out at centre-back for Ruben Neves. The Portugal midfielder didn’t look out of place but the need for him to drop back from his midfield position casts doubt over the decision to shove Conor Coady to Everton for the season. Coady can’t play in a back-four, apparently. He seems to be making a decent fist of it for Frank Lampard. On a day when the former Wolves skipper scored for the Toffees, it’s not a great look for Lage.

Regardless of whether the Coady call was correct, the manager has at his disposal arguably the best squad Wolves have assembled in the Premier League. While they languish in the bottom three, Lage can’t take cover behind the other bullet-dodging bosses.