Home F365 Says Spurs vs Spurs: The only way to alter Mourinho method? 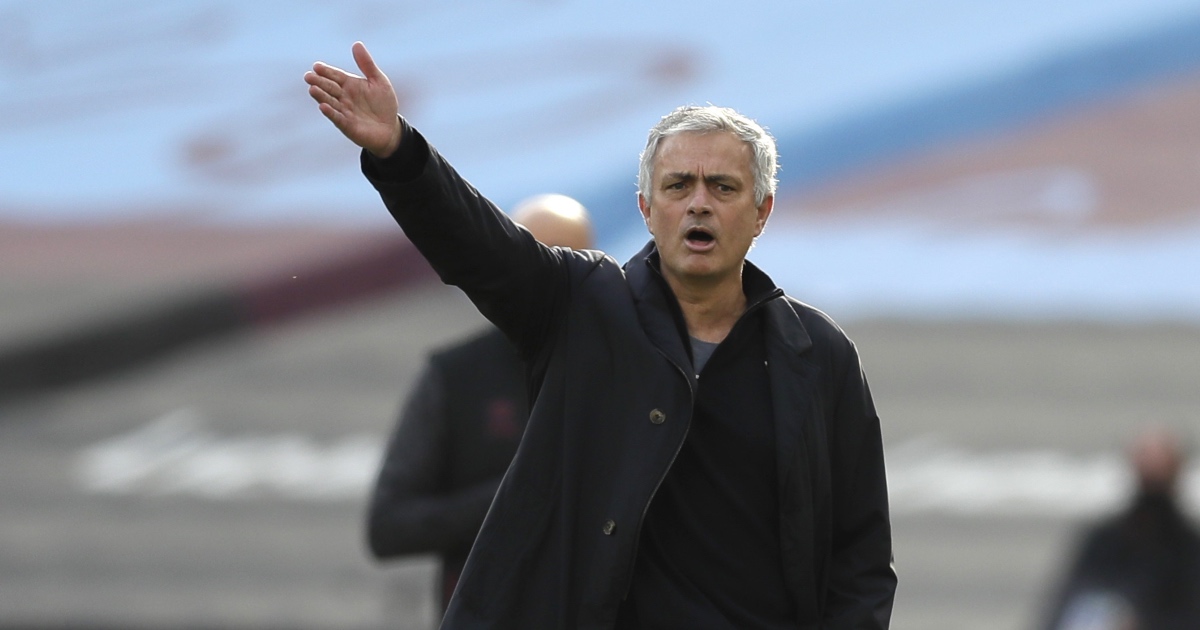 “They won’t care – they’re winning,” was the dimissive response to those querying the fans’ and the Spurs players’ enjoyment of Jose Mourinho’s style of football before Christmas. As a point it was hard to argue with or disprove, with the stunning link-up play between Harry Kane and Son Heung-min serving nicely to sugar-coat the drudgery along with the wins they were stacking up.

But there’s nothing like the combination of a pandemic – in which turning on the TV and watching football is an easy way to while away the hours – and enduring 45 minutes of a side managed by Mourinho, to remind us that football is supposed to be entertaining.

And the juxtaposition of the joylessness of watching Spurs in that first half, both with what they did in the second and West Ham’s consistent exuberance under David Moyes, makes this defeat perhaps even harder to swallow than the golf ball-sized pills the fans have had to massage down their gullets in recent weeks.

West Ham are a team playing to their strengths, with Thomas ‘The Terminator’ Soucek and Declan Rice snapping into challenges in midfield; forcing teams out wide to deliver crosses on to the heads of Craig Dawson and Issa Diop. Jarrod Bowen and Jesse Lingard run the ball clear when possible, or feed Michail Antonio to bully opposition defences. Their system makes perfect sense and therefore it works.

The centre-back duo showed a typical lack of authority as Antonio got on the end of Bowen’s cross to score the opener, then formed the second of two Tottenham leg hurdles for Jesse Lingard to easily stride over as he smashed in West Ham’s second.

The team’s greatest weakness is relied upon to be their greatest strength; it’s baffling.

And the second half illustrated just how ludicrous the game plan is. The introduction of Bale and Doherty on the right caused no end of problems for West Ham, who were suddenly troubled by the consistent brilliance of Spurs’ brilliant attacking players rather than a peripheral sense of vague danger.

Tottenham deserved to get something from the game, with Bale’s wonderfully crisp half-volley from the edge of the area clipping the bar and Son inadvertently hitting the post after Lucas Moura had pulled a goal back with a near-post header. But you can’t help feeling that the loss is deserved penance for a complete lack of authority and forward impetus in the first half.

And it’s not as though this is likely to be an eye-opening lightbulb moment for Mourinho that will lead him to reconsider his beliefs ahead of a joyous end to the season. Spurs have consistently played their most fluent football when a goal down against a team they really should beat before the normal dull service resumes in the next game.

West Ham are now five points clear of Liverpool and Mourinho will no doubt claim their lofty position merited the method, but by using the second half as evidence of Tottenham’s superiority, it’s incredibly hard to accept.

It’s a shame the Tottenham team of the second half can’t play the dull iteration from the first. The first-halvers would get an absolute battering. Maybe that’s the impossible way to change the Mourinho method for good.

Even if this style leads to a League Cup victory and a string of positive results, it will never be accepted, not now five defeats in six as a possibility has been added to the inevitable lack of enjoyment that comes with watching it in action.