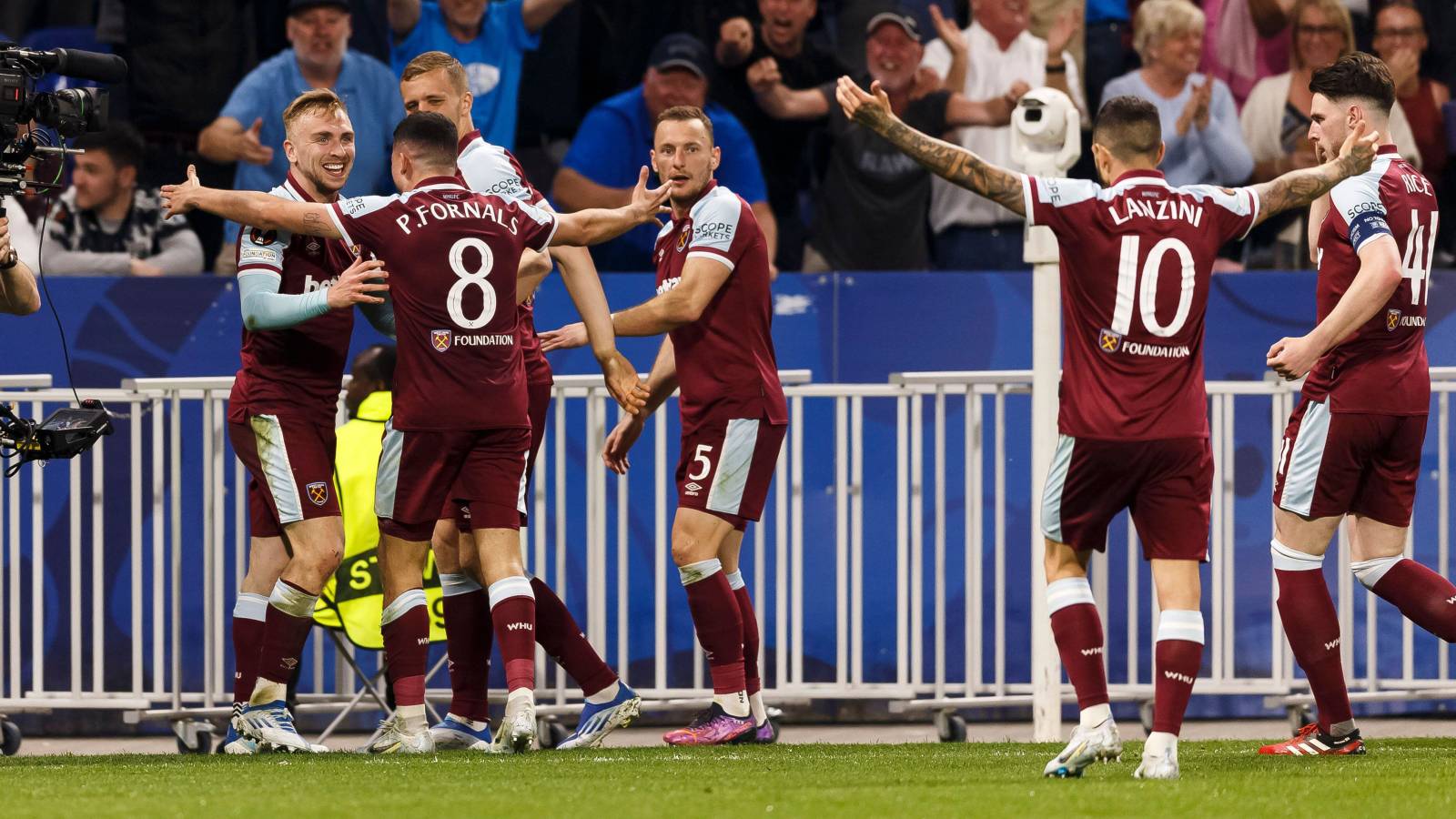 European football has had duller midweeks.

After an astonishing quartet of Champions League quarter-final second legs – in which the dullest game on offer was a 3-3 draw – came a Thursday night of absolute nonsense. Leicester had already done their bit in the Conference before West Ham, Eintracht Frankfurt and the Europa League proper took centre stage.

For West Ham, a quite dizzyingly perfect evening that frankly defies description. Lyon, after an enterprising first 15 minutes, were abysmal but that owed much to the Hammers’ lack of panic in those early moments and gradual but irrevocable seizing of control. In the end, 3-0 did not flatter the visitors who have spent this whole Europa League campaign looking far more seasoned than the European novices they are. They have arguably been the tournament’s standout side from day one and only Frankfurt’s own antics stop this being the tournament’s standout performance.

Some commentators were wondering whether missing out on a trip to Barcelona would take the edge off this success. That is to miss the point of what West Ham should be – and are – thinking about here. This is not about a day out against the mighty Barcelona. This is about a chance to do something extraordinary. Something that, with all due respect to Eintracht Frankfurt, just got a whole lot likelier thanks to a pair of astonishing away performances.

On the back of this result, West Ham have a truly spectacular chance to win the Europa League. Think what that means. A first trophy for 42 years, for one thing. A second European title, taking them level with Arsenal. A place in next season’s Champions League; if you’re looking for a spurious ‘downer’ on a night as memorable as this one for West Ham then maybe it’s that the current rules mean that elevation to the top table would not come at the expense of the Premier League’s fourth-place finishers which is quite likely to be Spurs.

West Ham themselves were firmly in that race until the last few weeks, and in truth it is really the rigours of Thursday-Sunday football that has knocked them out of it as much as anything else. Especially as neither Spurs post-Christmas nor Arsenal at all faced the same burden.

In the first half of the season, David Moyes and his team did remarkably well to balance the twin demands of European and domestic football, especially given last season’s league form already represented overachievement and the squad’s general lack of experience at juggling the demands of multiple competitions.

Now, though, there is no balance to strike. It’s not just that winning the Europa League constitutes a more glorious, romantic and thrilling passage to Champions League qualification than finishing fourth; it’s that any sober judgement must now constitute it represents by far the most likely way of getting there.

Eintracht Frankfurt – by coincidence the team West Ham met in their last European semi-final back in 1976 – are not to be underestimated or written off, but there is no point pretending it is as daunting a prospect as facing even this fallen Barcelona. Get through that and it’s a final against either RB Leipzig or Rangers. It truly is an outstanding opportunity.

And this was an outstanding performance. All over the pitch, the Hammers were excellent. Jarrod Bowen and Declan Rice were perhaps the standouts as they so often are, but the bargain of bargains Craig Dawson would not be far behind, nor the Czech pair of Tomas Soucek and Vladimir Coufal (players whose previous European experience is perhaps more significant than we realise) and nor would Michail Antonio whose hold-up play was exemplary.

This joyous 3-0 romp was also built on the foundations of last week’s hard-earned 1-1 draw on a night when West Ham played the whole second half a man short after Aaron Cresswell’s harsh sending off. They could have lost this tie then. They didn’t, and have now reaped the benefits in spectacular style.

It also marks an astonishing night for the Premier League. Two fine away performances from Leicester and the Hammers raise the very real prospect of eight different English clubs reaching European finals in the space of four seasons. That in itself is a feat very nearly as astonishing as tonight’s results in Barcelona and Lyon.