Home F365 Says What next for Lampard if he manages to get Everton relegated? 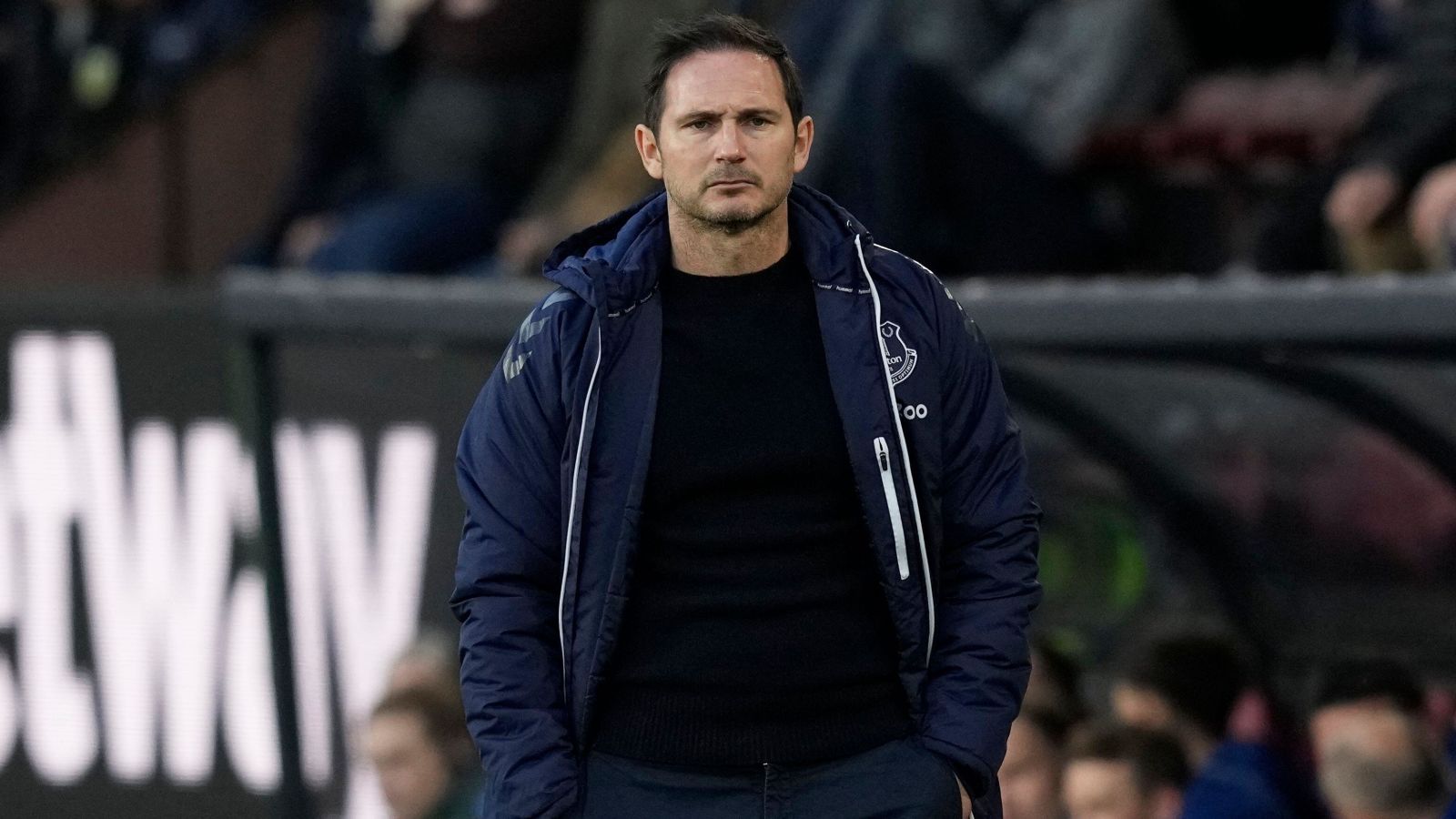 The managerial career of Frank Lampard is sailing ever further from his planned destination. Can he recover if he takes Everton down?

This isn’t news, and they’ve been conspicuously dreadful for really quite a long time now. We all should be ready for this. And yet it’s only now after that 3-2 defeat to Burnley that it feels like a real thing that could actually happen.

It’s quite dizzying. They’re not just Premier League ever-presents; they’ve been in the top flight since the 1950s. Most of us have never known English football without Everton in the highest division, even those of us impossibly ancient enough to remember the ’90s and noughties when they gave it a decent crack.

This latest and far less expected attempt feels both surreal and painfully real. They are the team tumbling into trouble rather than a side fighting their way out. It’s always those dragged in that you fear for; they’re not prepared for it. Burnley have been scrapping since getting promoted but this is relatively new for this iteration of Everton.

And it is surreal because only 18 months ago a fun and free-flowing Everton side made such an eye-catchingly brilliant start to the inherently weird 2020/21 season that it was only slightly rather than entirely insane to imagine them doing something extraordinary and having a proper challenge for the title.

They have certainly done something extraordinary since then. Having limped to mid-table and lost Carlo Ancelotti, they then set about producing the most underwhelmingly yet apparently sensible summer imaginable. Rafa Benitez. Andros Townsend. Demarai Gray. They were setting themselves up for another rebuild, another season of solid Barclays for the Toffees.

Unreal recruitment from Benitez to get Townsend and Gray. Townsend might be the best ball striking wide player in the prem of the last few years…taking everything into account. (He definitely isn’t lol but I’m too tired to think of someone else)

It was working – for a bit. Gray hit the ground running and Everton had 14 points after their first seven matches, including four wins and a good sturdy draw at Old Trafford. It wasn’t as fun and nobody was as giddy as they had been a year ago, but it was good honest work.

But what is true is that he has done nothing to make this shambolic side any better despite getting the sort of transfer backing one literal day into the job that most relegation-fighting managers could only dream of. It was incredibly Lampard to spend that Deadline Day helping himself to some tasty treats from the attacking midfield buffet rather than trying to shore up Everton’s dreadful defence.

Defending has never been his thing, though, and there is still absolutely no evidence of Lampard the coach being able to organise a backline. Which is really going to hold him back as reality continues to collide with the media perception of Super Frank who was a really excellent footballer who also Speaks Well and is therefore beloved by the boys from the papers. Surely those are all the credentials for a successful managerial career.

There are already the first signs of how this latest Lampard catastrophe will be spun. ‘Everton’s problems run deeper than Lampard’ (true) will be carefully and slowly massaged over the weeks and if need be months ahead to ‘They were f***ed before he got there’ (not true). They were crap before he got there is what they were. But they were also 16th and still four points clear of a heroically bad bottom three.

His media defenders – some of whom aren’t even members of his family – will blame the players, something Lampard has already shown great willingness to do himself, sometimes even with reference to testicular inadequacy.

Now there is plenty of truth in asserting that Everton’s players are letting the club down. Evidently. They are clearly underperforming to an astonishing degree. They are a classic good on paper, sh*t on grass, actually now also sh*t on paper side. Almost every player in that squad has diminished their reputation during this bad-tempered and stressful season.

Yet even if we accept this is the sole reason for Everton’s struggles and that Lampard is blameless, he’s still got it wrong. If Everton are as bad as they currently look and there’s nothing Lampard can or could do about it, then he was a hubristic fool to take this job. Rightly or wrongly, there was a keen sense of what role Lampard deemed himself worthy of, and Everton were an unfortunate club both historically big enough to pique the interest of Lampard’s ego while also sh*t enough to actually employ him.

The defeat at Burnley and the manner of it was so damaging, with Sean Dyche’s gleeful post-match mockery of Lampard’s team and their pitiful away record a dagger to the heart. We’re already excited about the deeply unconvincing Lampardian Transition in his next press conference that Dyche will surely have triggered. But the reason those barbs from Dyche hit home is because they are true. Everton have taken two points away from home since August. Again, like everything else: not a problem of Lampard’s creation, but one he has been utterly unable to remedy.

Over recent weeks you see the realisation dawn on Lampard, and it is often painful. He knows now both how bad Everton are and how ill-equipped he is to do anything about it. He looks quite broken at times and you already wonder whether he has the ability or just as importantly even the inclination to try and rebuild a managerial career from the ruins of this one.

If he takes Everton – Everton! Seventy years a top-flight club!! – out of the Premier League his next job will be so far away from where he and his acolytes believe he should be. Can he really be bothered with all that?

Easier surely to accept the facts and spend the next 20 years doing Lampardian Transitions on BT Sport, laughing just a tiny bit too hard whenever Rio Ferdinand slaps him on the thigh and joshes about a manager who knows a thing or two about organising a defence.

It’s no life, that, is it? But it has to be better than this.