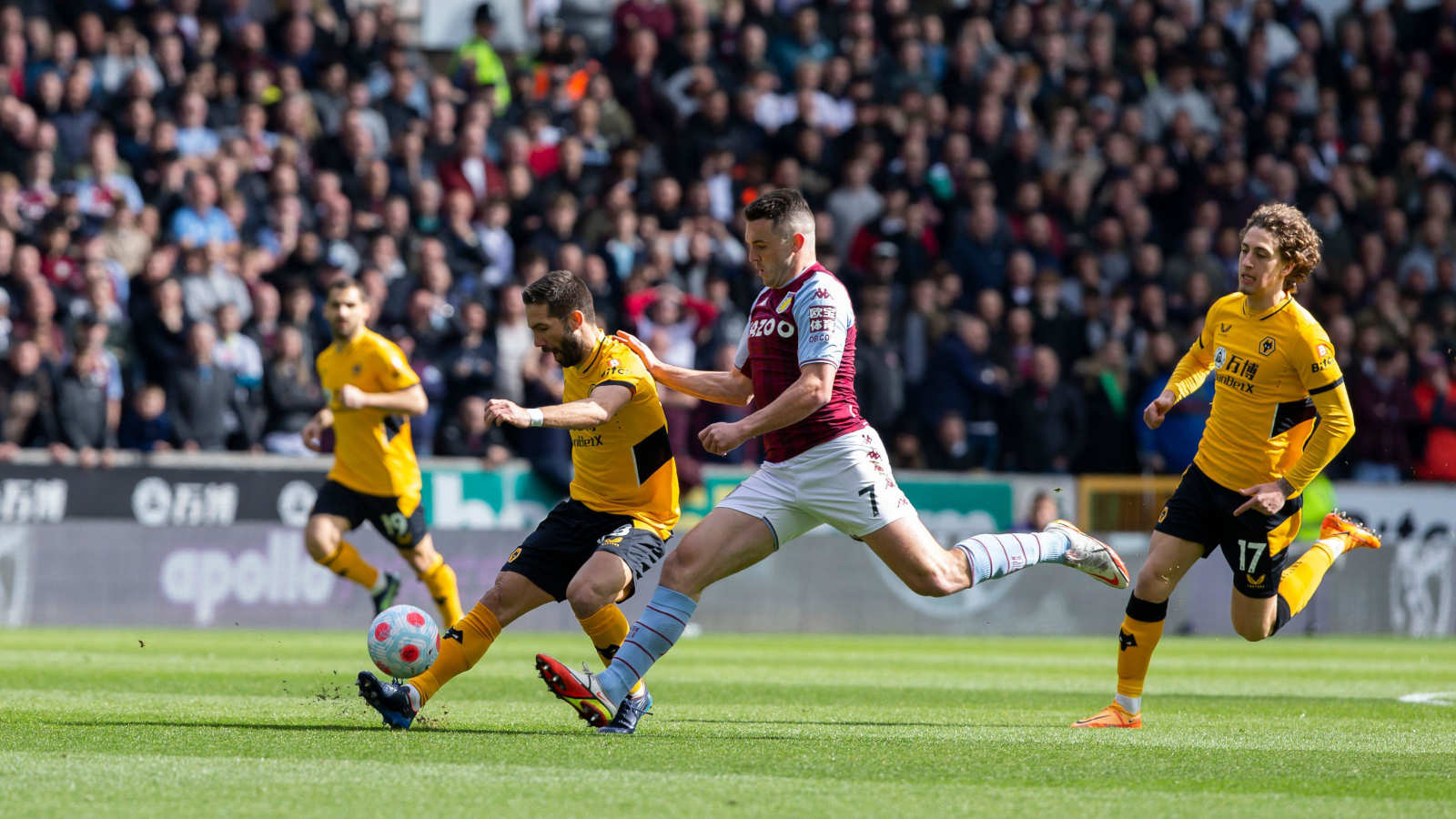 Aston Villa and John McGinn seem to be drifting apart, but what are the options for him to go to a bigger club without becoming a benchwarmer?

‘Whinging’ is a very emotive word, so it was curious to see it being used in connection with ongoing speculation over the future career plans of the Aston Villa midfielder John McGinn. McGinn has been at Villa Park for four years and has racked up almost 150 appearances for the club; with almost 50 Scotland caps under his belt, perhaps he believes that he should be moving on to bigger and better things. The problem with this belief is that it’s a little difficult to see where he might fit in anywhere else.

But what is McGinn worth, how likely is it that Villa would want to offload him, and where might he go, if he’s seeking a big move? Gabriel Agbonlahor, whose post-playing career seems to now largely consist of commenting on whatever transfer rumour flickers across his news feed (or occasionally through his imagination), put a price tag of £70m on McGinn and claimed that “Steven Gerrard will not entertain the possibility of letting him go”.

Neither part of that comment looks particularly insightful now. Even in an age when transfer fees have broadly stopped making much logical sense, the idea of anybody paying £70m for this particular player seems fanciful. Meanwhile, the rumour mill has already come full circle and is now suggesting that Aston Villa are ‘willing to listen to offers’ for McGinn. We can assume that such offers would start a little lower than £70m.

Had McGinn stayed on his original contract, it’s likely that his options would be much wider now. He signed a four-year contract with Aston Villa when he moved to the club for £2m from Hibernian in 2018, and that contract would be coming to an end now had he not extended his deal in December 2020 for a further five years. That deal saw him commit to staying at Villa Park until 2025, by which time McGinn will be 31 years old.

For a professional footballer, signing a lengthier contract with a club comes with costs and benefits. On the one hand, in an extremely precarious position – we largely only ever hear about the success stories, but all players have friends and acquaintances from their younger days who didn’t make the grade or fell from favour – a lengthy contract on a good salary offers a degree of financial security.

But a longer contract can become an albatross round the neck, pushing up any potential transfer fee because the player’s club absolutely doesn’t have to sell unless they have a good reason. This may be the position in which John McGinn finds himself this summer. With three-and-a-half years to run on his contract, his transfer value can be reasonably assumed to be ‘whatever Aston Villa want, and not a penny less’, and if they rate his value to their club at more than other clubs are prepared to pay, he’ll be staying at Villa Park whether he likes it or not.

It’s a crossroads for both club and player, and this is what makes it somewhat surprising that a source within Aston Villa is anonymously briefing that ‘McGinn is not regarded as the easiest player to manage and is always “whinging” behind the scenes’. After all, if they are expecting to sell, public leaks that McGinn may be difficult to manage – and this may or may not be true – are unlikely to increase his transfer value. But for polar opposite reasons, it doesn’t seem likely that a representative acting on behalf of a player seeking to leave a football club to go to a bigger football club would want it in the public domain – whether it’s true or not – that the player concerned ‘is not regarded as the easiest player to manage’.

Are there any options for McGinn among ‘bigger’ clubs? Well, the new rule of five substitutes does make it likely that all clubs will want to upgrade or expand their squads, but it’s difficult to see Manchester City or Liverpool expressing an interest. Jurgen Klopp made admiring noises about him a year ago, but that was then and this is now. McGinn might well have looked at the season that Jack Grealish had, which ended with a Premier League winner’s medal despite having failed to set the world alight at The Etihad Stadium, and think that’s just what he could do with right now. But there’s no sign of Pep Guardiola having been as effusive in his praise of McGinn as Klopp.

As for the rest, well, if Cthulu announced its return to Planet Earth today, the first news reports would be trying to link it with a move to Manchester United or wondering whether its signature would be enough to keep Antonio Conte at Spurs for the whole of next season. But, entertaining though it might be to see a player ‘not regarded as the easiest player to manage’ run head-first into Antonio Conte, there’s no obvious position for him to slot in at Spurs, and Daniel Levy isn’t likely to voluntarily spend upwards of £50m on a substitute.

Elsewhere, Chelsea need to rebuild their defence before they start thinking about buying a second Ross Barkley, while Manchester United are already going to start next season with a goalkeeper and ten midfielders if they’re not careful, and should probably slow down on bidding for even more, and Arsenal have a process and seem to be building a younger team for which McGinn doesn’t readily fit the template. It doesn’t seem likely that any of the ‘Big Six’ clubs would be offering him regular first-team football right off the bat.

Spurs, Manchester United and Arsenal are said to be ‘interested’, but another London club does spring to mind as a good option. West Ham can offer 50,000 crowds, European football, and a much better chance of regular first-team football. It might not be the Grealish-esque nine-figure move that McGinn may have hoped for, but David Moyes was reported to be very interested in him at the end of last season. Signing him would not be easy, with West Ham considered direct rivals to Aston Villa and that long contract giving them no obligation to sell.

And how reliable is that story of McGinn being so ‘difficult’, anyway? The Athletic, in their round-up of Villa players and their contract statuses (£), concluded that ‘Gerrard has enjoyed his short time with McGinn and hopes his infectious attitude rubs off on more around him’, which doesn’t sound much like what Football Insider’s insider described, and their correspondent considered it most likely that he would stay another year. Whatever happens next is a big decision for the player as well as the club, and at 27 years of age, it’s one that John McGinn cannnot afford to get wrong. He’ll be keeping his fingers crossed that the new horizons he perhaps imagines are as broad as he hopes they are.