Home F365 Says Why have Chelsea and Arsenal left it so late to move for the brilliant Wilfried Zaha? 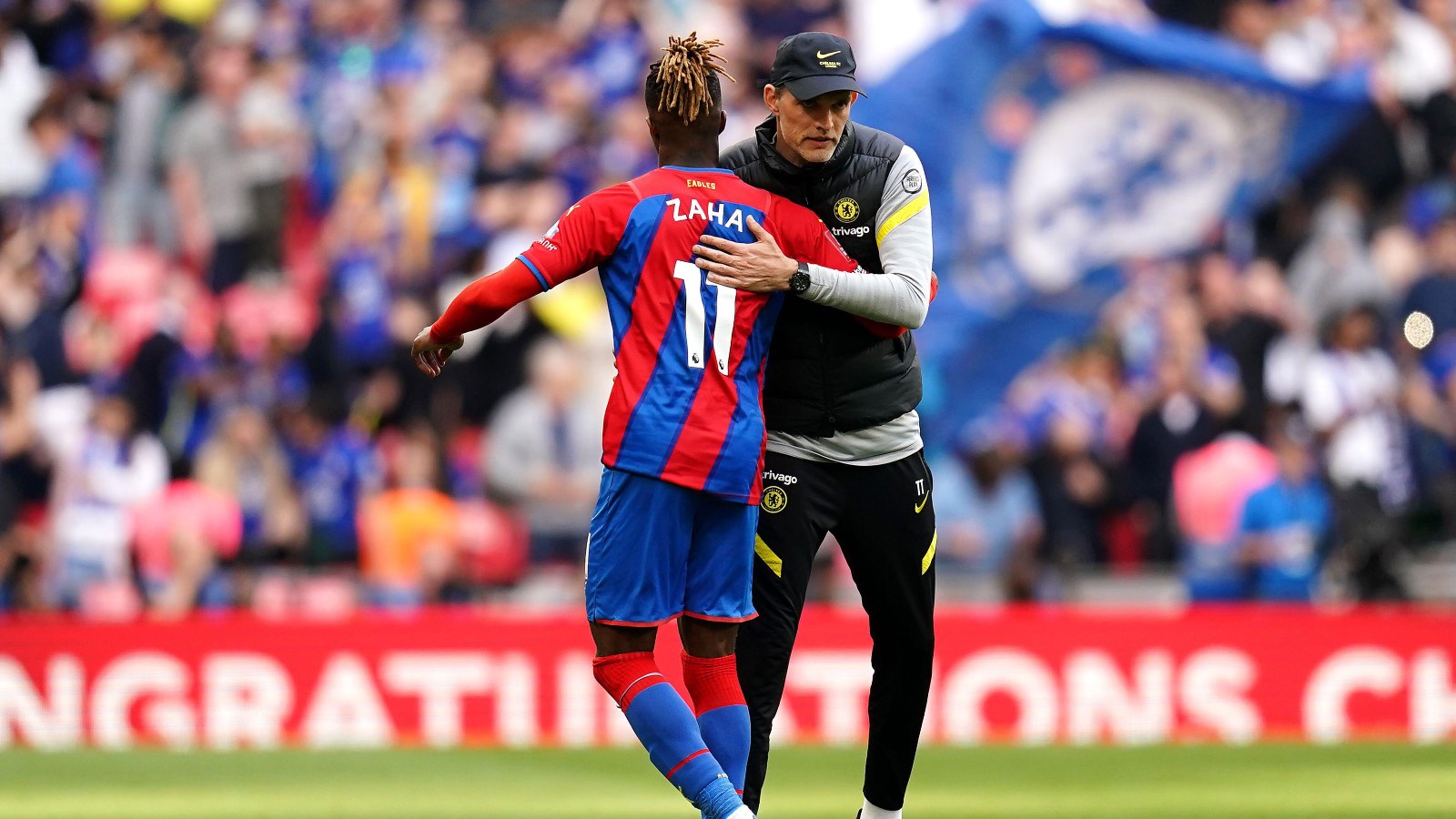 Zaha is fantastic and ripe for the plucking at £30m. Arsenal, but mainly Chelsea, will be kicking themselves if they’ve left it too late to move for the Crystal Palace talisman.

Much of the speculation linking Wilfried Zaha with a move away from Selhurst Park is of his own making: he’s openly talked about wanting to move to Arsenal when they opted for Nicolas Pepe and asked to leave Palace before Patrick Vieira took the helm last year.

Add the fact that he’s obviously good enough for the Champions League and is playing for a club who have next to no hope of providing him with that opportunity, and Zaha is one of the most attractive transfer morsels for gossip columns.

So attractive in fact that it’s got to the point where it’s bizarre when he’s not being linked in a transfer window, spuriously or otherwise, with bigger teams vying for trophies. It’s been particularly bizarre this summer.

Zaha’s current Palace deal expires next year. That could be an explanation for the lack of interest, with teams perhaps happy to wait to land him on a free transfer. But given how brilliant he was last term, scoring a career-high 14 Premier League goals, combined with both Chelsea and Arsenal needing a player of exactly his type and quality, it’s baffling it’s taken them this long to consider a move for the Ivorian.

Pedro Neto is said to be Arsenal’s preferred option to replace Nicolas Pepe, but Wolves’ £50m price tag is thought to be a sticking point, meaning they may well turn their attention to Villarreal teenager Yeremy Pino, which is almost certain to irk Zaha.

“Yeah, 100 per cent,” Zaha said in January 2021, when asked if players from foreign leagues are preferred. “I feel like when players come from abroad, I don’t know, they just have that edge with clubs, it’s just like [they say], ‘yeah, I may want him a bit more because he’s from there’.”

Age may well be a factor in Arsenal’s apparent reticence to put Zaha above Neto and Pino on their transfer wish list. Goalkeeper Matt Turner is the only player over the age of 25 to have joined the club in the last two years, and although Zaha is in his prime at 29, longevity is clearly a key part of Mikel Arteta and Edu’s transfer thinking.

The same cannot be said for Chelsea. They’ve signed teenagers Carney Chukwuemeka, Gabriel Slonina and Cesare Casadei, but they’re unlikely to feature much (if at all) this season, and owner Todd Boehly has also splashed out on players, like Zaha, in their peak years or beyond. Raheem Sterling (27) and Kalidou Koulibaly (31) have arrived, while they’re also deep in talks with Barcelona over 33-year-old striker Pierre-Emerick Aubameyang.

Chelsea are keeping an eye on the future, but the big-money signings completed so far have been short-sighted. This is where Anthony Gordon has complicated things.

Interest in Gordon isn’t confusing in itself – he’s a talented player. Signing him for £25-30m makes sense. At that price he wouldn’t have to play and could even be sent out on loan to realise more of his potential. But at £50-60m he has to play, despite being nowhere near as equipped as Zaha or any number of other options.

Chelsea have had their heart set on Gordon, and it looked at one stage as though they would bend to Everton’s demands and sign him for twice as much as they had initially planned. It’s only in recent days that heads have become clearer and interest has waned. That’s probably good news for all parties, but leaves Chelsea with little time to go after the man they should have been chasing all summer.

Had they moved for Zaha earlier in the window, a deal would likely be done by now.

“There is what I think, and then there is what the chairman [Steve Parish] thinks, and then what the player thinks,” Patrick Vieira said on Monday. The Palace manager will understandably “fight to keep” one of his best players, but Zaha, despite not pushing for the exit and seemingly as happy as he has ever been at Palace, has refused to negotiate a new contract, suggesting if he doesn’t go now he will leave in a year’s time.

Palace at that point would not receive a fee for their best player, while they could get at least £30m from Chelsea now.

That, of course, would be an absolute snip for Zaha, who has consistently proven himself to be one of the best game-changing forwards in the Premier League; he would be a huge asset for Chelsea. The problem they now face is the lack of time Palace would be given to replace him. Ismaila Sarr has been linked, but then Watford would have to replace him and so on.

The frustration should they not land Zaha before the close of the window will be two-fold. Firstly, he’s brilliant and is exactly what Chelsea need. Secondly, it would have been so easy to avoid that frustration.

If Chelsea miss out on Gordon or Pierre-Emerick Aubameyang they can sleep at night knowing they tried everything, but that won’t be the case with Zaha. He’s been there, ripe for the plucking, and had Boehly and Tuchel pushed for him in the first month of the window, Zaha would almost certainly now be a Chelsea player.