Home F365 Says Why have Chelsea decided Kante is disposable? 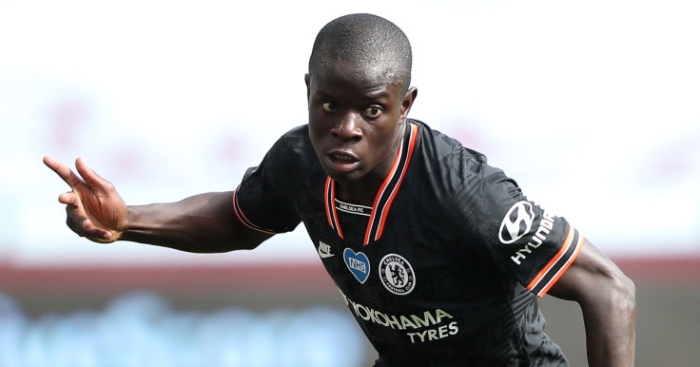 By the end of the 2016-17 season, N’Golo Kante was the best central midfielder in the Premier League, if not the world. The newly crowned PFA Players’ Player of the Year had just won the title in consecutive years with two different clubs: the biggest single reason for the extraordinary 70-point swing between Leicester and Chelsea in those two campaigns. How is that just three years later he is now deemed disposable?

Whether Frank Lampard and Chelsea actually think he is disposable is up for debate. They have reportedly rebuffed offers of money and a player, or players, from Inter Milan. But those same reports claim it is a case of Inter falling short of Chelsea’s valuation – rather than a complete disregard of the notion – which keeps Kante at Stamford Bridge. But even to entertain such offers should surely be completely out of the question.

He changed what is expected of a defensive midfielder. He’s not a shield for the centre-backs but for the entire team: a failsafe for any mistake made in the defensive half. He is a guarantee of energy and efficiency, winning the ball back and using it with quiet effectiveness.

But Kante has been misused by Maurizio Sarri and Frank Lampard in the last two campaigns, though the premise behind his change of position seemed sound enough.

“The idea that he wins the ball probably as well as anyone in world football doesn’t mean he has to sit in front of the back four and do that,” Lampard said at the start of last season as he planned to use Kante in a similar role to Sarri, on the right side of a deeper-lying tempo-controlling midfielder.

With pressing the modern trend, who better to win the ball back in the final third than the best ball-winning midfielder around? It makes sense. But in reality, it has never quite worked out like that.

Mason Mount and Willian were excellent at initiating the press for Chelsea last season, but being that bit higher up the pitch allows them that luxury. Kante gets caught in no man’s land, unable to effectively steal the ball in progressive positions for fear of leaving the defence exposed, and yet still doing exactly that, often running past a prone Jorginho just in time to see another opposition chance created and a goal conceded.

Rather than being everywhere, like when playing in a two alongside either Danny Drinkwater or Nemanja Matic, he tends to be nowhere.

Speculation continues over a potential £50million move for Declan Rice, which seems to depend on either Kante or Jorginho being sold to raise funds. But Rice is a very different player to Kante; being nowhere near as good at football is perhaps the biggest distinction.

Sell Jorginho and play Rice at centre-back? Absolutely. But Rice as a straight swap for Kante is a downgrade, even with the eight-year age gap taken into consideration.

But Lampard cannot keep using Kante as he has been: it’s a waste of his talents and – in that formation – leaves Chelsea suspect at the back and less than fully effective going forward.

Sorting out Lampard’s tactics for him in a weekend Chelsea piece for @F365. pic.twitter.com/kq0WfdtXYM

4-2-3-1 would get the best out of everyone. Kante can sit with Mateo Kovacic, performing the same role as his two title-winning seasons, while the Croatian dictates play and breaks the press with his supreme close control and ability to drift through challenges. They will provide a healthier screen for the back four, while Chelsea’s now-ludicrous attacking options can be rotated between the front four positions. The most obvious set-up – when all fully fit – being Kai Havertz in behind Timo Werner, with Hakim Ziyech and Christian Pulisic on the flanks.

That could be, perhaps should be, probably will be, eventually, a Premier League-winning front six.

Kante is in the strange position of having to prove himself again. He’s been disregarded not through an inability to be brilliant in his own position, but in someone else’s. Given the chance, there’s no reason why at the end of this season N’Golo Kante won’t once again be the greatest exponent of the N’Golo Kante role.