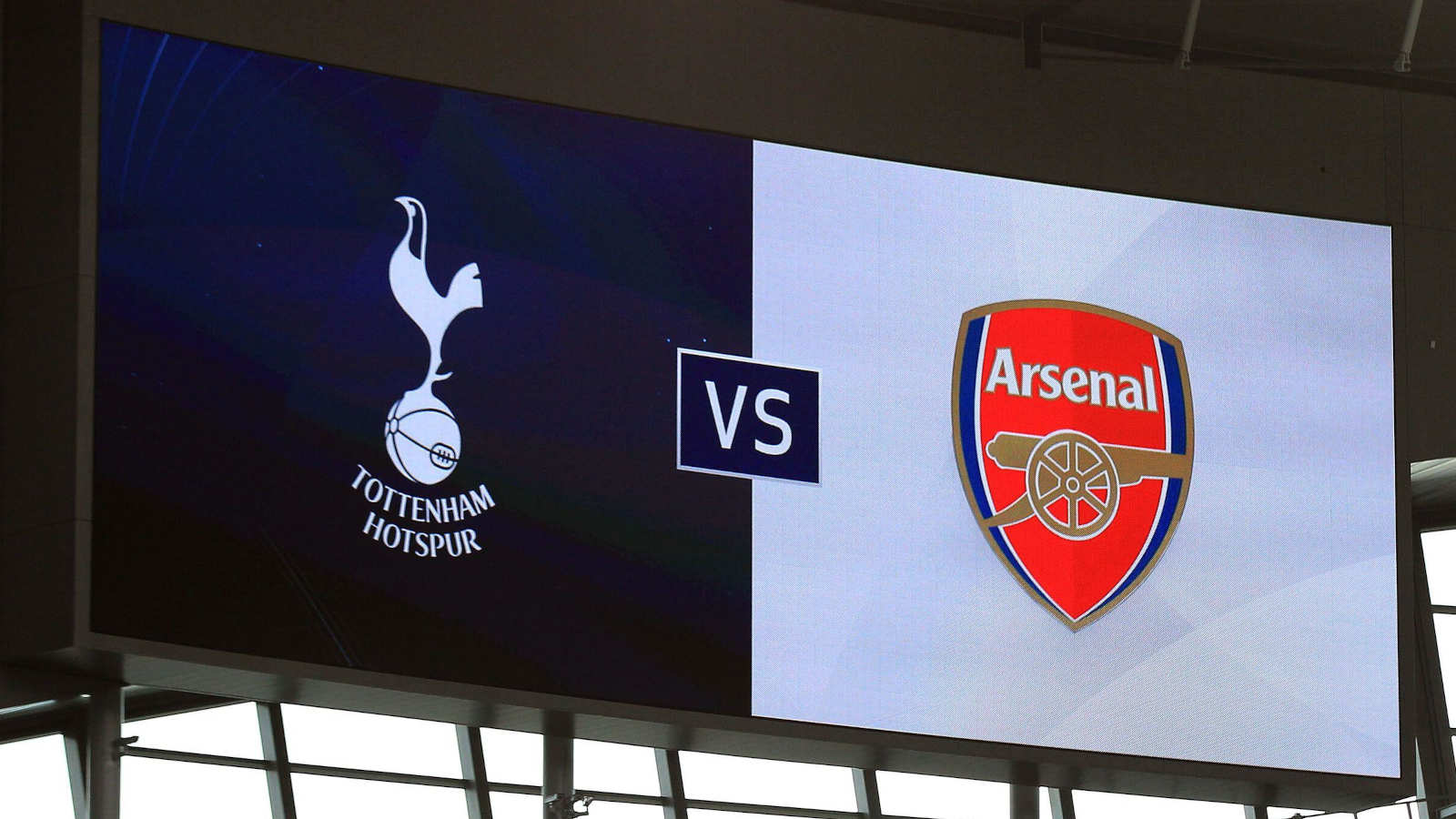 Spurs play Arsenal at the Emirates Stadium on Saturday lunchtime, but for some of us having your stomach tied into a knot is best avoided.

One of my earliest memories is of my fingers gripping onto a window sill, peering out over a dull, grey, late afternoon sky over north London, and seeing what looked to three or four-year-old me like an eerie, almost alien light. That light was actually the White Hart Lane floodlights, dyed slightly yellow by the leaded petrol of the 1970s.

I was brought up, first in Upper Edmonton, about a 15-minute walk from White Hart Lane, and then in Bush Hill Park, one of the south-easternmost extremities of the dividing line between Enfield and Edmonton.

My dad started supporting them in 1946 when his family relocated to London after the Second World War, having spent those six years in Bristol and Sussex. Older generations of my mum’s family, who moved to London from Cornwall in the 19th century, were going in the 1920s. And this leads to a feeling which seems something like having a love-hate relationship with the club.

Supporting Spurs has always felt like the colour of my eyes. There’s little point in concerning myself whether I like it or not. It just… is. I’m stuck with them, they’re stuck with me, and at 50 years old, I am at ease with that. Spurs are in my blood and there’s nothing that anyone can do about it.

I live a fair distance from north London now, but Spurs are still in my heart. For than a decade and a half I’ve been living on the south coast, but attempts to regularly watch other clubs has never really worked. It’s always felt like gatecrashing someone else’s party. And I’ve always believed that it is definitely possible to care too much about football, footballers and football clubs.

I even have a motto about the game that I’ve found easiest to live by: ‘Keep emotional investment in it at arm’s length.’

I’ve never really done local rivalries. This may be because for most of my football-supporting life, my team has been on the wrong end of most of them, and under such circumstances the reasons for employing a defence mechanism should be obvious. It may be because my absolute first love has always been non-league football, in which local rivalries are often more transient because teams get promoted and relegated all the time, sometimes shooting up or down the pyramid to such an extent that supporters can forget – or at least have to put on ice – that they ever hated this one other club in the first place.

I should add that I’ve also never been to a north London Derby. I was never a regular at White Hart Lane (never more than five or six games a season), and the biggest matches were always some distance beyond my resources or commitment levels. But I have seen Spurs play their ‘other’ derby games against Chelsea and West Ham at home on several occasions and the atmosphere at those matches was absolutely poisonous, be it the hissing noises (meant to represent the sound of the gas at Auschwitz because Spurs have a large Jewish following), the police lining Tottenham High Road with dogs in vans parked in the side streets barking hysterically, or the men with shaved heads in black jackets and hate in their eyes who may or may not try to briefly involve you in their twisted version of what an enjoyable day out looks like.

Speaking to a couple of Spurs fans who have been to plenty seems to bear out that the match-day experience when Spurs play Arsenal isn’t quite as unpleasant as when playing either of these two. They did also both mention that the racism and antisemitism at any of them is nowhere near as bad as it used to be, while it was pointed out to me that the layout of the new Spurs stadium, which home supporters may arrive earlier and leave later, may also have helped.

I’m one of those whose interest in the game is far broader than just one club. To put it another way, I love football more than I love Spurs, or any one club, one of those people who can sit down and watch a match from anywhere in the world, regardless of who’s playing. On a free Saturday, I’ll almost always go to a game somewhere, wherever it might be and whoever might be playing.

For me, The Football (and the capitalisation is important, here) is and will always be more important than any one, two, three or even six football clubs.

But even so, the north London Derby ties my stomach in a knot at least twice a season. Partly, it’s because these games bring out the worst in just everybody watching them. There are plenty of Arsenal supporters who I like and respect, and whose values broadly align with mine, but this is not usually the case on the day of these matches. And I don’t like seeing the worst of people, particularly in an age when social media is built in such a way as to amplify exactly this characteristic in all of us.

Partly it’s because even Spurs winning them only ever feels like a temporary respite from something terrible happening again in the future. In 1991, the north London Derby was played at Wembley for the first time for an FA Cup semi-final. They won that game 3-1, but this was about as far from a new dawn as could have been possible. Arsenal won the league a few weeks later, and Spurs only beat them five times over the next 17 years – including not at all between November 1999 and January 2008.

But perhaps more than anything else, it’s because I don’t really have the time or the energy for ‘hate’. There’s a lot to be angry about in the world at the moment. So much, as it goes, that I feel that I should channel my ire towards its most deserving targets. And I do recognise that I am the weird outlier here. Football’s culture is built on these rivalries and they’ve been critical in the development of fan culture. But that’s fine. Sometimes it’s okay to stand on the sidelines, to choose to not get involved, and I’m certainly not going to criticise those who love that feeling and who love the passion of the mutual loathing. You do you, boo. Just don’t hurt anyone else.

I also reserve the right to be a total hypocrite about this. There’s every possibility that, come Saturday lunchtime, I’ll take a deep breath and put it on anyway. And this will let me into the strange world of match coverage of local derbies.

Broadcasters are in an invidious position over broadcasting them. They’re important, and everybody knows they’re important, but they usually only matter with any degree of intensity to the supporters of the two clubs involved.

Many a time I’ve sat down to watch a Manchester Derby (or whoever) and found myself thinking, ‘well, that’s all very well if you support United or City, but what about the rest of us?’. One of the intractable issues of televising a local derby is that it matters enormously to a relatively small number of people, but that the rest of the viewing public couldn’t really give much of a damn who wins and may well primarily be watching because the likelihood of a punch-up or some other level of high football absurdity is fairly high.

So am I coward? Probably. I will watch it later in the day once I know the score, in full if Spurs win, and I’ll even watch the highlights if Arsenal do. I may even hang around on social media and offer a pithy commentary that masks the fact that my heart is attempting to exit my body via my mouth while I’m typing as I watch through the gaps between the fingers over my eyes.

But to the rest of you – including the Arsenal supporters reading this – I can only say godspeed, enjoy it as best you can, and try to remember that it really is only a game, even if you do feel as though your internal organs are being turned inside out.