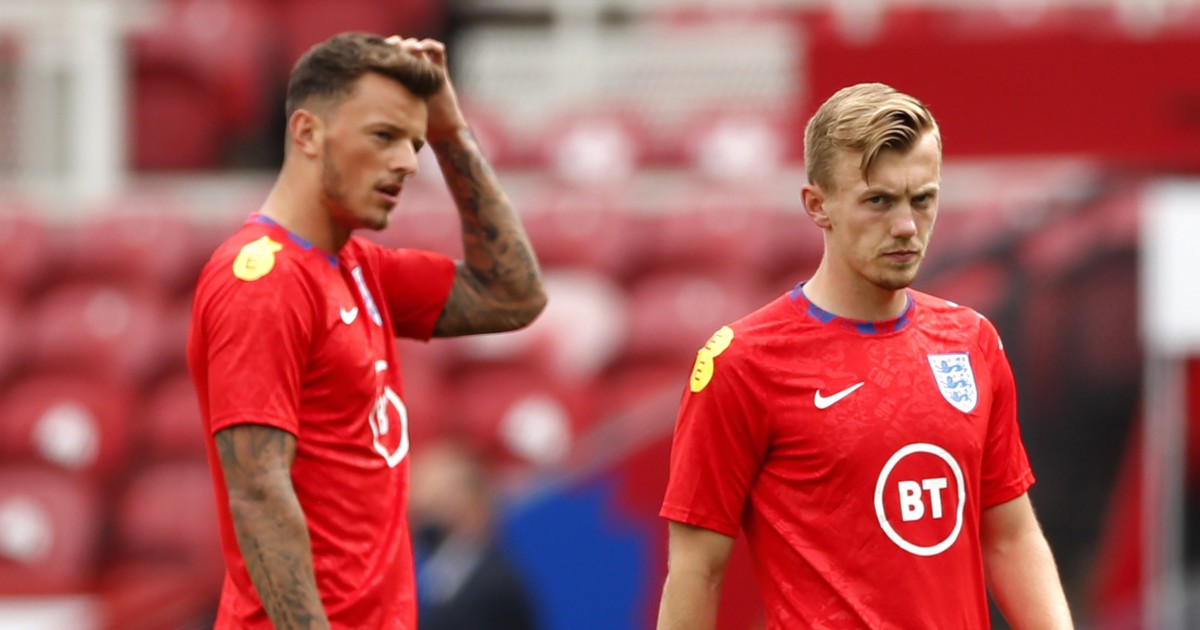 The idea that James Ward-Prowse should have taken England’s final squad spot for his set-piece prowess is weird. Ben White was the right call.

England are a goal down to Germany with 20 minutes remaining at Wembley. Timo Werner has scored an offside hat-trick, Toni Kroos has already asked to swap shirts with Declan Rice and Thomas Muller has Raumdeutered the ever-loving soul of a half-fit Harry Maguire. Gareth Southgate scans his bench in the hope of breathing new life into his team’s hopes of reaching the quarter-finals. Jadon Sancho would change a stale dynamic. Jude Bellingham might offer more control. Dominic Calvert-Lewin could jump clean over everyone to rescue the tie with a thumping header from the halfway line.

Those same critics of the decision to name Ben White as England’s 26th man over the ever-present Southampton midfielder would be similarly up in arms at the aforementioned scenario. The idea that England should have called up a set-piece specialist on the odd chance they get a free-kick in a decent position when chasing a game is foolish and naive.

Many will cite the fact England scored nine of their 12 goals at the 2018 World Cup from set-pieces and question why the talents of the country’s most effective player in dead-ball situations has been overlooked. But that tally includes three Harry Kane penalties, while Kieran Trippier (four) and Ashley Young (two) shared the rest of the load. Both full-backs were regular starters; Ward-Prowse would never be. Trippier can also be called upon again to fulfil his role from Russia, with Mount, Luke Shaw and plenty of others in reserve. Kane on corners, this is not.

Ward-Prowse is an unbelievably consistent and reliable player but White is the right call. The Brighton player fared well from the start against Romania in defence and looked assured as a midfield substitute before dropping back in the win over Austria.

Our player ratings from that game show that this is hardly a random, uncalculated decision:

‘Suddenly looks the best shout to be called up if necessary. Slotted into midfield pretty well upon his introduction and then shifted seamlessly into defence because he knows that Southgate’s only weakness is versatility.’

With doubts persisting over Maguire’s fitness after a week in which neither Conor Coady nor Tyrone Mings in particular convinced as back-up, bringing in another centre-half who can fill in elsewhere is more sensible than drafting in a midfielder just in case someone gets fouled 25 yards out.

As good as Ward-Prowse is, he wouldn’t feature on merit otherwise in competition with Rice, Mount and Bellingham. The same cannot be said of White, who could genuinely lay claim to a starting berth against Croatia on Sunday and beyond.

Southgate is aware that his each and every choice in this role will be scrutinised and pored over incessantly. He cannot win. The relative Monday morning furore over Ward-Prowse not being picked for the 26th place in what would be a 23-man squad in ordinary circumstances is symptomatic of the search for squad controversy where there really is none.