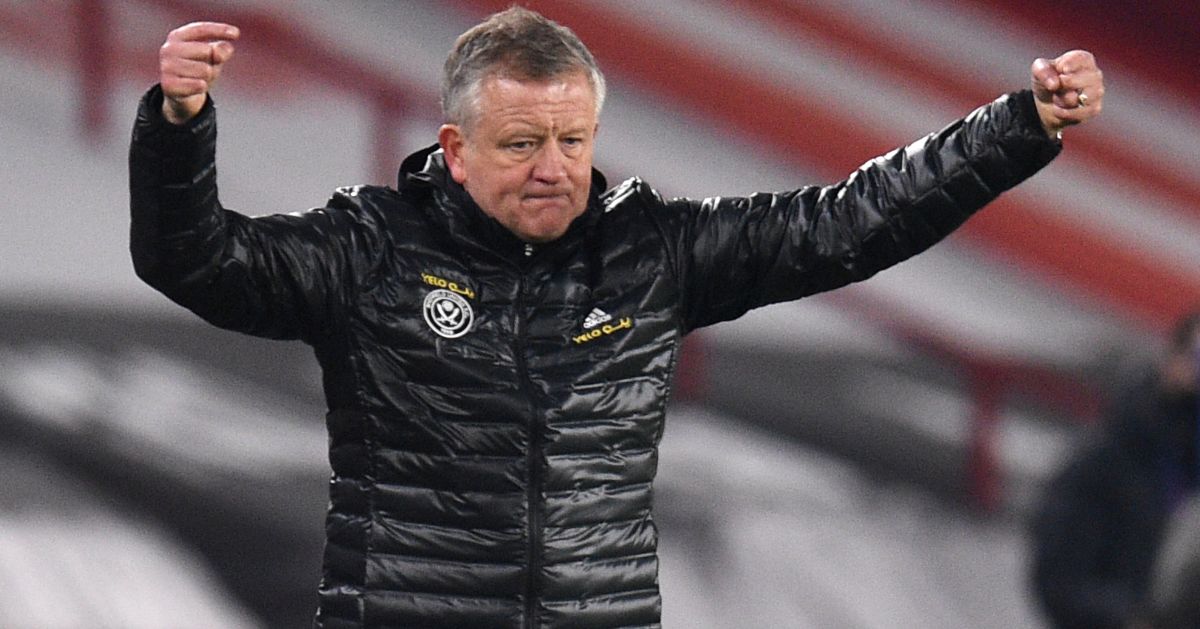 On March 7, 2020 – the last time the Blades fans packed into Bramall Lane – the match report read: ‘Chris Wilder’s side have 43 points, level with fifth-placed Wolverhampton Wanderers. They move above Manchester United, who play on Sunday.’ One year on those same fans are faced with the inevitable prospect of their next opportunity to watch their team also being their last opportunity to see them in Premier League action, for a season at least.

But relegation alone would not have dampened their maniacal support on that final day – it would no doubt have been a joyous celebration of their two-year spell in England’s top flight and their journey to get there rather than the morose affair their speedy demise perhaps warrants. But the news that broke on Friday changes everything: the swimming pool inflatables and choruses of ‘we’re all going on a summer holiday’ replaced by placards and general discontent. Prince Abdullah can’t get rid of Sheffield United’s greatest ever manager, son of the Steel City, and expect to get away with it.

For someone who claims to be a football fan, and understand #sheffieldunited and it’s fans, you’ve really really messed up @Saudi49er Be prepared to find out. Better men have been hounded out of #sufc for making very poor decisions. Get ready…#twiterblades

A compensation package was reportedly agreed on Thursday evening , with the BBC citing “major issues” between Wilder and owner Prince Abdullah as the reason for the manager’s departure.

The Daily Mail claim Wilder sent the board a list of four circumstances under which he could stay and move the club forward last week. He wanted to keep his best players when they go down, bring in four loans, improve the training ground and keep the existing structure – which sees him in charge – for selling and buying players. It seems the last two conditions are the main causes of discord.

The board are said to be unhappy with Wilder’s work in the transfer market in the summer, while Wilder can point to the success of targets who have moved elsewhere to illustrate how the lack of backing has hampered them. Jessie Lingard, Matty Cash, Ollie Watkins and Ben Davies were all being eyed by Wilder either in the summer or in January, when he was given no money to strengthen a squad in desperate need of reinforcement.

Wilder has also been left understandably frustrated by the Sheikh’s empty promise of improvement to the tumble down training ground. A Premier League club being forced to train on one-and-a-half pitches through the winter is shameful and the roof caving in should have remained a metaphorical indication of it all going wrong rather than an embarrassingly literal reality.

Change is always exciting to some degree; it’s always possible that the grass could be greener. But with the extraordinary achievements of Wilder in mind – winning the League One title in his first season with 100 points, earning promotion from the Championship after two seasons and finishing ninth on their return to the top flight – finding someone better equipped to have them yoyo-ing back up next season seems very unlikely.

Back in December, when asked whether he would ever walk away, he said: “I’d only do that if I thought it was the right thing for Sheffield United. That’s the only time I would do that. The club means far too much for me for it to be about me.”

Wilder has not walked away, he’s been pushed. Which means he doesn’t think it’s “the right thing for Sheffield United”. Prince Abdullah is one of very few who does, it seems. “If he was here, he would be fighting for the title. If I was in Sheffield I would be fighting relegation,” Pep Guardiola said in his press conference on Friday, which sums the situation up perfectly.

Wilder’s side have been on the wrong side of the same fine margins they were on the right side of last season, amid mitigating circumstances that seem insignificant given the difference in their points tally, but remarkable when you consider 14 of their 22 defeats this season and nine of their 14 wins last season were by a single goal. It’s the sort of small swing in results that can be explained to a degree by the lack of fans, untimely injuries, a mess of a training ground and simple misfortune.

It’s a move you could almost understand if it came a bit earlier, when there was still a chance of them avoiding relegation. But what could have been described as short-sighted now seems petty and downright daft. Prince Abdullah has only experienced joy and success in his short time as sole owner of Sheffield United. Having apparently failed to realise how closely that prosperity is linked to the manager of his club, he is about to feel the wrath of the fans who have revelled in the glory but also know all about the dark times they see on the horizon once again.