Home F365 Says Will Joey Barton ever learn from his previous mistakes? 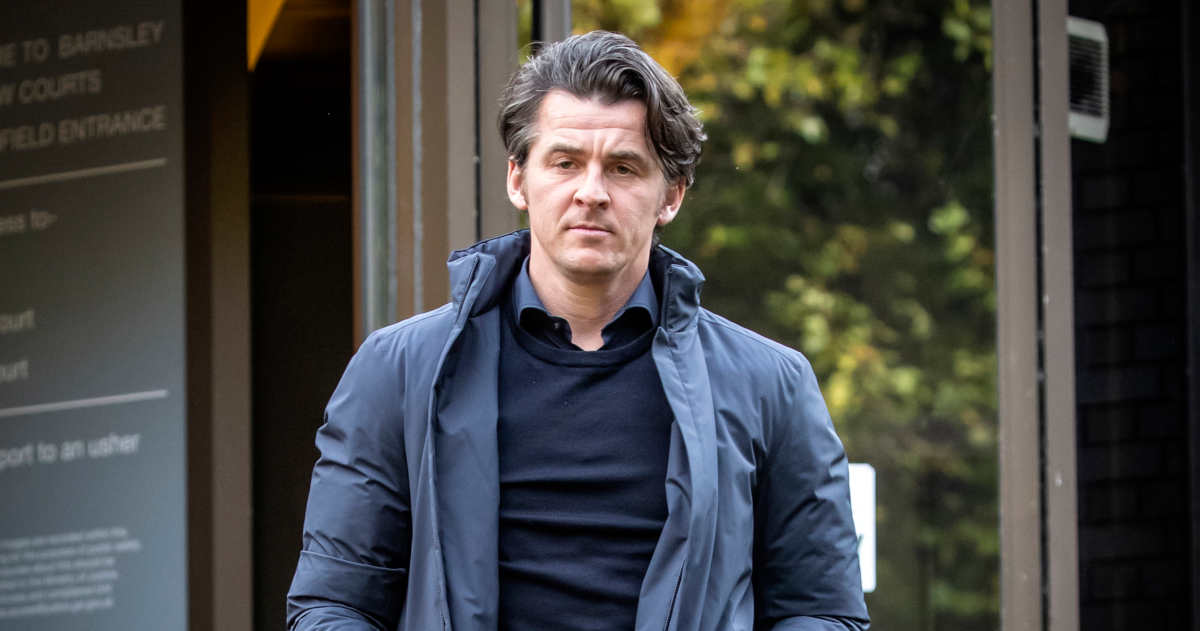 Not for the first time in his career Joey Barton is in hot water, and Bristol Rovers are paying the price for his failure to engage his brain.

There are, in life, some people who seem incapable of completely engaging their brains before acting. It’s fair to say that both Joey Barton’s playing and managerial careers have been dogged by controversy. From stubbing out a lit cigar in a youth team player’s eye to his latest misadventures, the only common thread has been Barton himself. As ever, the hot water in which he currently finds himself is entirely self-inflicted. This time, in a post-match interview following a 3-1 defeat for Bristol Rovers at Newport County, Barton said of his team:

It doesn’t need be explained just why it is grotesquely inappropriate to describe losing a football match as a ‘holocaust’. To call the comparison between defeat in a League Two game and the systematic slaughter of six million innocent people crass couldn’t be more of an understatement, all the more so in a country in which anti-semitism seems to be on the rise.

Perhaps unsurprisingly, the reaction to these comments has been deeply critical. Bristol councillor Fabian Breckels, an associate member of the Jewish Labour Movement, labelled the remark “appalling” and urged Barton to consider resigning, while Dame Helen Hyde, a trustee of the National Holocaust Centre and Museum, told BBC West that: “I don’t think Mr Barton knows what the word means and he is certainly not aware of the huge sadness and offence he has caused.”

As ever with a story like this, the reaction to the comment has come under the spotlight just as much as the comment itself, and the reaction from Bristol Rovers has been… well, non-existent. When the original footage was put up on club channels, it was unsurprisingly met with considerable criticism from fans, only for the club to remove the footage, edit it to remove the offending comment and then repost it with no explanation. Other than that, there has been silence from within the club, despite rumours that several senior figures are deeply unhappy with it.

The smallest mitigation might have been had this happened in perfectly splendid isolation – a slip of the tongue – but even though he hasn’t been convicted in either of his two currently outstanding court cases, it is just the latest in a very long and varied line of missteps throughout a troubled career. Barton has already been convicted twice of violent crimes. In 2008, he was sentenced to six months’ imprisonment for common assault and affray following an incident in Liverpool, which resulted in him serving 74 days. In the same year, he was also given a four-month suspended sentence after admitting assault occasioning actual bodily harm on former teammate Ousmane Dabo during a training-ground dispute. He was also banned from football for 18 months in 2018 after admitting a charge relating to gambling on matches.

Barton was appointed as the Bristol Rovers manager in February 2021 having already been charged with causing actual bodily harm following an incident involving the then-Barnsley manager Daniel Stendel following a match at Oakwell the previous April, while he was still the manager of Fleetwood Town. That case is due to be heard next month.

Rovers had been hurtling towards relegation at the time of Barton’s appointment and he couldn’t keep them up, but in the summer there was further unwelcome news when it emerged that he had also been charged with assault by beating following an incident involving his wife in West London in June 2021. Bristol Rovers issued a statement which concluded with them saying:

‘Accordingly, the Club is unable to make any further comment other than to quote the Crown Prosecutor this morning who said ‘this is a victimless crime. No one has made a claim of assault’.

But this seemed to be a complete misunderstanding of what had been said. No-one in their right mind would argue that common assault is a ‘victimless crime’, but a ‘victimless prosecution’ is not the same thing. It is a very specific legal definition of a prosecution in which no evidence is directly taken from the complainant, usually pursued where a victim is unwilling or unable to give evidence themselves, when it is considered to be in the public interest to continue with the prosecution without the victim.

Rovers eventually clarified their statement on this matter, but the club’s reaction disgruntled a good proportion of a fanbase which was already sceptical about Barton’s appointment in the first place. And this latest story has only fanned these flames still further, with supporters now openly talking of having to walk away from it altogether, at least until Barton has gone. This case has also yet to be heard in court.

Painful one to write, but I felt it needed saying.https://t.co/3BaphqBMLH

It’s worth asking the question of what Barton is actually bringing to Bristol Rovers at the moment that outweighs all of this. The club has had little but bad publicity since his appointment, fans are up in arms to the point that some are walking away altogether, and the club can’t even cling to the idea that performances on the pitch are improving. Bristol Rovers continue to stagnate on the pitch and now sit 18th in League Two.

At 39 years old Joey Barton still has time to learn, but this tendency to act first and then consider the consequences later has to end. It’s been just about the only constant throughout his entire playing and managerial career, has done him significant harm in the past, and if anything it’s only likely to reduce his chances of growing his career in the future. A wise man once said that, “it’s better to remain silent and be considered a fool than to open your mouth and remove all doubt”. Among the Nietzsche and the Orwell, it’s a lesson that he could do with learning, and quickly.