Home Liverpool Will Liverpool’s loss-loathing be enough this season? 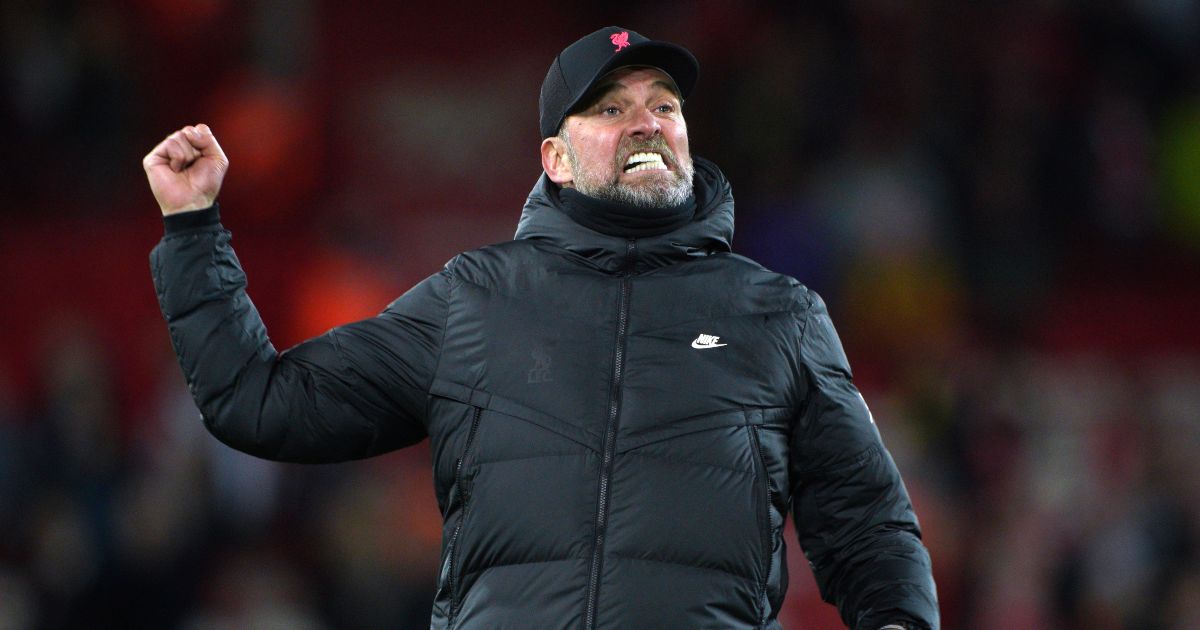 When Liverpool beat West Ham 3-2 at Anfield two years ago, they equalled Manchester City’s top-flight achievement of 18 successive wins. It was the last staging post in accumulating 106 points from a possible 108 straddling two seasons. There is still a part of the rational brain that wonders how that return is even possible given the nature of football variables over 90 minutes.

When they beat the Hammers again at the weekend to record a more modest seventh successive Premier League win, it was the Reds’ best run of victories in the competition since that giddy run propelled them to a first title in 30 years. Meanwhile, a supreme City have won 16 out of the last 18. Liverpool are not just having to go again but go at full tilt to have an outside chance of capturing a second title.

After the win over David Moyes’s side, Jurgen Klopp proclaimed the team “had to do it”. Win, that is. He mused: “You cannot only win the games when you are flying.” The Anfield club were for the most part grounded after the gala fall-out of the Carabao Cup but the German has built a team that simply refuses to submit. As the Salah t-shirt said: ‘Never give up.’

Pep Guardiola admits his nearest rivals are a “pain in the arse”. Given the squeaky backside nature of their last two victories, that is a sound observation. It is also a back-handed compliment on every level. City win more, Liverpool lose less; it’s an interesting dynamic.

Post-match, Klopp said: “If you are not better, you need quick legs, big heart and passion and that’s what we needed to get the result.” We have seen this plenty of times in recent seasons when the forward wheels have not been totally in synch. As long as the fuel of the crowd is there, Liverpool generally prevail. That almost-warped aversion to coming off the pitch second-best can carry you over the line. Trent Alexander-Arnold once told GQ: “I hate losing. The feeling of someone else getting the better of you… it’s weakening. It feels weak. You feel as though you’ve let yourself down.” He was certainly a man possessed at the weekend.

Since the 3-1 loss at Real Madrid in the quarter-finals of the Champions League in April (a crowd-less, soulless affair), Liverpool have only been beaten twice in all competitions over a stretch of more than 50 matches. In the same period, Manchester City have lost 11 and Chelsea nine. This is telling us something. Everyone hates losing but Liverpool hate it more. This means more, right? Jordan Henderson always says: “When you can’t win, don’t lose.” Liverpool do that pretty damn well.

After losing to Fulham at Anfield 12 months ago, they have played 37 league games and only lost to an upwardly mobile West Ham and Leicester City. It was compelling to hear Klopp talk of the reaction at the King Power as the squad struggled to cope with the nature of that reverse. “Everyone was hit by it,” he lamented. Defeats now have such a funereal, seismic effect because of their rarity.

Observers scratch their heads to compute how Liverpool survive certain matches. Surely some lard-size portion of fortune ensured they didn’t concede three or four goals to lose the cup final? Lanzini. Antonio and Fornals might wonder how they didn’t score three on Saturday teatime. The high-risk high line has a sound rationale behind it despite what our eyes tell us. The best work is unseen on the training pitch and between the ears.

The work with neuro11, those Germanic neuroscientists who train the brain, is well-documented and adds another layer of resistance to fight against the grain. Given City’s sheer brilliance, it’s the one-percenters that count more than ever. Klopp has talked about how defeat keeps the vanquished manager in “a cage” as the truth behind the loss can only be partially spoken about – just “40 per cent” when presented to the press corps. “The most difficult thing in my job is to explain a defeat,” he says. “You have much more questions.”

Disappointment awaits somewhere at some time. They could move into City’s slipstream only for the Etihad engine to pull away. Liverpool find ways to fight against fate to ensure the L word is always the last thing on their minds even in extremis. As Klopp said before the second leg of the UCL semi-final against Barcelona: “I said to the boys before the game it was impossible. But because it’s you, I say we have a chance.”

Liverpool have a chance in this race because they simply will not throw the towel in. Close but no cigar is not a phrase that does the rounds at Anfield even when odds at the fag end of the season do not look promising.