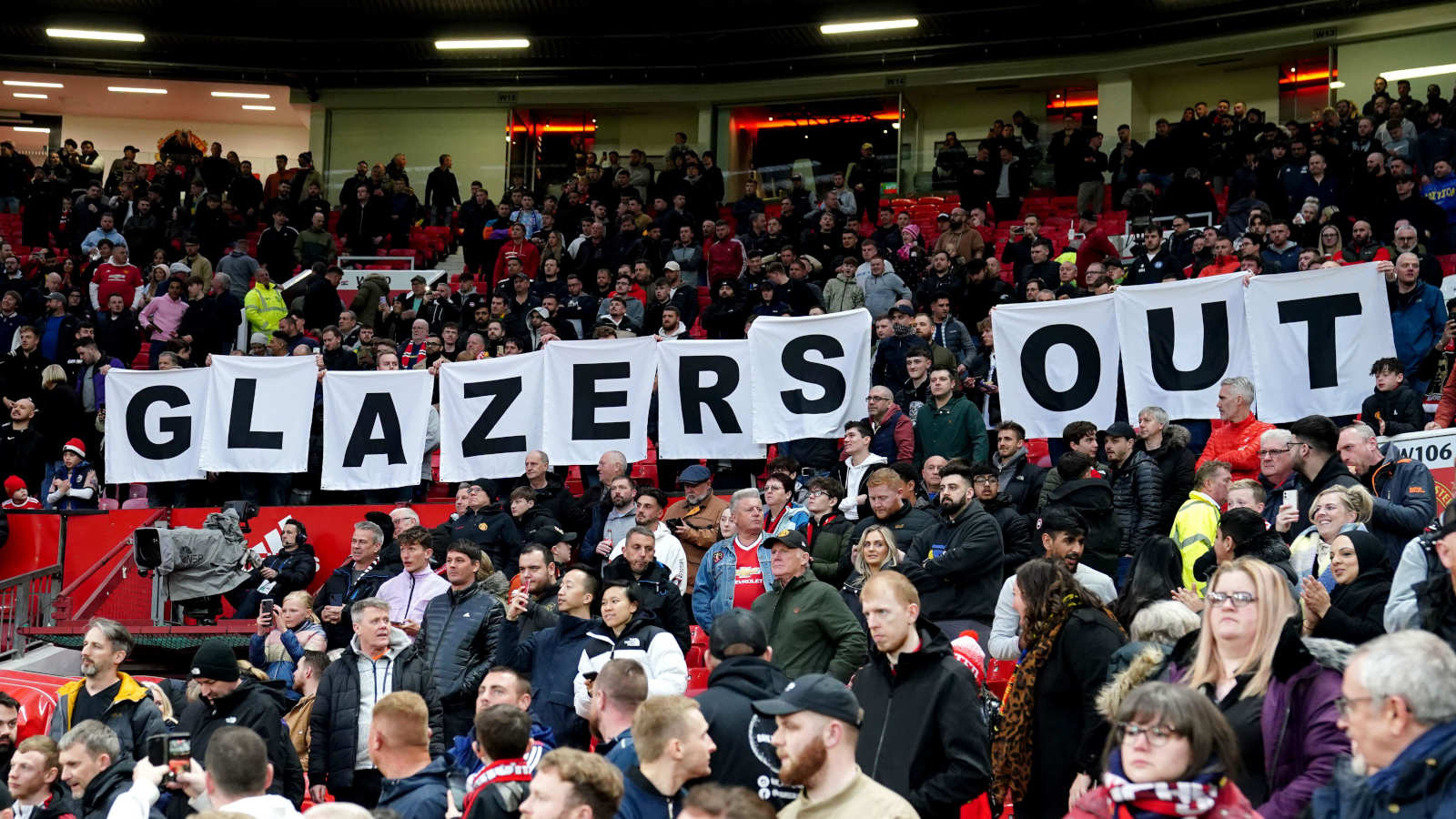 Manchester United fans are planning a protest for their forthcoming match against Liverpool, but will enough of their fellow fans join in?

One game seems to have been all it took for familiar fault lines to reveal themselves yet again.

On the opening weekend of the season, Manchester United’s performance at home against Brighton & Hove Albion seemed to indicate that the arrival of yet another manager, Erik ten Hag, hasn’t made a huge deal of difference to the feeling of stultified inertia that has hung over Old Trafford for the last decade.

The Brighton game invoked unflattering comparisons with their opponents, who were playing lower division football in a dilapidated athletics track not much more than a decade ago.

With each new managerial sticking plaster that is applied to the slowly deflating balloon that United so frequently resemble these days, the feeling continues to grow among the club’s supporters that they can change manager as many times as they like, but nothing will truly change until the Glazer family have left the club.

Manchester United are due to be playing Liverpool at Old Trafford on August 22. This fixture has become something of a lightning rod for the mood of United supporters recently. Two seasons ago it had to be postponed after protests against the proposed European Super League led to supporters getting inside the stadium before the match when games were still being played behind closed doors.

Last campaign, external shots of home supporters leaving Old Trafford long before the end of a humiliating 5-0 defeat told their own story about the sense of continued decline.

This time around, the plan appears to be pretty simple. #EmptyOldTrafford. With this particular hashtag already trending on Twitter – as of first thing on August 9 it had been tweeted more than 90,000 times, already more than the capacity of Old Trafford – the aim of this protest is for United fans to persuade fellow supporters that the pain of missing this one game could be worthwhile if live images of banks of empty seats for such a high-profile match are flashed around the world before and during.

Of course, there will be those who dismiss such protests as entitled because they start after the first league match of the season, but the idea that they are simply about having just lost 2-1 at home to Brighton is facile in the extreme.

There have been protests against The Glazers since before they took ownership of the club. They were a tipping point for many in the formation of the breakaway club FC United of Manchester in 2005. It’s not quite true to say that they were the reason on their own; fan anger had been growing since the club was almost sold to Rupert Murdoch in 1999.

Further protests have been dotted around the 17 years since. None of this is anything new.

The reasons for the current protests should be clear and obvious. There has never really been much of a ‘please spend more money than everybody else’ element to them, no matter how much some may seek to characterise them in this way. This sort of complaint has long been more prevalent among very online fans rather than those who actually go to the matches.

The issues with the Glazers have always been slightly more nuanced, whether talking about: the level of debt being shovelled on the club’s shoulders for no other reason than to facilitate its sale in the first place; a complete lack of investment in the club’s infrastructure – there may have been fine words spoken about renovating Old Trafford earlier this year, but even progress on that seems to be glacially slow; the relentless hawking of the club’s name; the dividends regularly paid out to directors and shareholders while the club continues to flatline on the pitch; and the club’s near senseless summer transfer policy, which culminated in them ending their interest in signing Marko Arnautovic from Bologna in part because of deep fan unhappiness.

Will they be able to actually #EmptyOldTrafford? Probably not. There are plenty of season ticket holders who will not countenance missing a single home match no matter what, while there will also likely be plenty of tourists – as at many Premier League games these days.

Liverpool have also been allocated 3,043 tickets and it seems unlikely that they would want to get involved in a protest against the slow decline of Manchester United.

But does this mean that they shouldn’t try? The answer to that is probably ‘no’ as well. With a capacity of 73,000, it’s a daunting prospect to try and persuade many thousands of Manchester United supporters to forego perhaps the most important game of their league season. But if successful, pictures of rows of empty seats at such a match would provide a powerful reminder of the deep unhappiness felt by the fans over the actions of those who run it.

And while fans of other clubs may seek to frame this as entitlement on the part of United fans – and yes, it is possible that this makes up a part of the reason for these protests, but that’s a whole other can of worms – there is another sense in which this protest is another manifestation of a feeling of deep unhappiness at the paths that modern football has chosen to follow in the first place that crosses club boundaries.

The Glazer takeover was, in some respects, a canary in the coalmine for aversion of football club ownership that has grown as the costs of running a football club have spiralled beyond the pockets of even millionaires or even muliti-millionaires. It increasingly feels as though the only two groups left who can afford these costs are nation states – with all their problems – or vastly wealthy investment vehicles.

As binary choices go, it’s not much of one. A potential third option, Michael Knighton, doesn’t sound especially tempting either.

And while the criticism that ‘they’re only protesting because they lost to Brighton’ is both facile and incorrect, it does say something that it only took one league match for whatever pre-season positivity there may have been around Old Trafford to dissipate so quickly.

The early evidence suggests that the appointment of Erik ten Hag as manager will fix next to nothing at Manchester United, and this comes as little surprise. A fish rots from the head down and the leadership has been rotten for years.

The problem for United fans is that those owners will only leave when they consider it appropriate to. Those behind these proposed protests are merely seeking to bring that time forward. Their frustration is understandable.