Home F365 Says Will the Premier League resist the temptation of five substitutions? 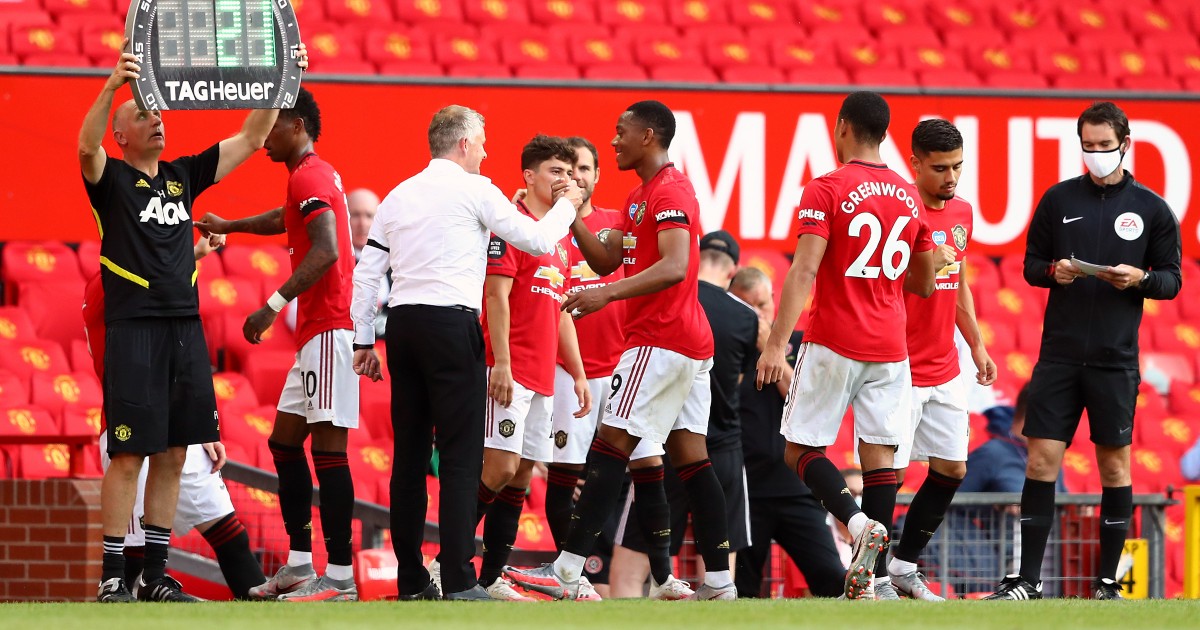 The IFAB has confirmed that five subs will be permanent, but will the Premier League, who’ve already resisted it once, agree to the change.

It’s a scene with which the supporters of most Premier League clubs will be somewhat familiar. There are 20 minutes to go in a match against a bigger, better resourced team, and yours is holding its own when a commotion starts on the touchline. A lavishly talented player, who may have been injured and has been recovering, or who may have been rested because he’s been been playing twice a week in the Premier League or the Champions League, starts to strip down in preparation for his introduction. Your shoulders drop in resignation. Here we go again.

There are obvious arguments in favour of making the decision to allow five substitutions permanent. Football is played at a considerably higher pace than it was in the past; increased speed means increased susceptibility to injury; players being injured is generally accepted to be a bad thing.

No-one would argue that players should be run into the ground, and there have been signs over the last few years that some may be starting to suffer from wear and tear. N’Golo Kante, Kevin De Bruyne and Harry Kane are all examples of players who’ve had successions of injuries and who may be showing signs of exactly this from their late 20s on. And the argument that fans want to watch the best players isn’t without merit.

The decision to allow five substitutions in the Premier League was made in June 2020 as part of ‘Project Restart’, with the rationale given at the time being that it would help with player welfare as they made their way back into competitive football after the game temporarily closed down during the first lockdown.

The Premier League later decided to revert to three substitutions again from the 2020/21 season, precisely because it was felt that such a rule would disproportionately benefit clubs with the greatest resources. But it has continued in the Champions League, where five substitutions (plus a further one in extra-time) are still permitted, after IFAB (the International Football Advisory Board, who set the laws of the game) extended the temporary rule change until 2022. This rule change is now to be made permanent, and it will be up to the Premier League to decide whether they wish to adopt it or not.

There will be pressure, and those who are doubting who this rule change will benefit the most need only look at who are its most enthusiastic proponents in this country. But the Premier League’s voting structure requires a two-thirds majority (14 clubs) to vote through any changes to the league’s own rules. It is highly likely that the six (or seven, though whether Newcastle would vote for it this season is debatable) wealthiest clubs would be strongly in favour of it being introduced in the Premier League, but whether they would be able to persuade half of the other 14 clubs to join them in voting for this is another question, especially with tensions between them and the other clubs being as high as they ever have been since Project Big Picture and the European Super League.

The EFL, an organisation which includes financial disparities even greater than the Premier League in some respects, with control somehow more disproportionately in the hands of its biggest clubs, voted to increase to five while the rule change was temporary.

Such rule changes do not take place in a vacuum. This is happening in a football culture in which the gap between the wealthiest clubs and the rest is continuing to grow, and the 18 months of lockdown have already exacerbated that. It is possible that the consecutive shankings given out over the weekend by Chelsea, Manchester City and Liverpool were just an anomaly, but there remains the possibility that this is the direction in which football in England is heading, one which which 17 clubs are mere cannon fodder for the top three, and in which the wealthiest clubs (which aren’t serially mismanaged) simply hoover up all before them while the rest watch from the sidelines, unable to do anything to stop them.

At the time of the European Super League proposals in April 2021, Florentino Perez of Real Madrid was explicit about where the priorities of those clubs rested: with ‘the fans of the future’ rather than ‘legacy fans’. Virality and repeated Clashes of the Titans is where they feel the future rests. As with everything else to do with this particular project, the fact that all of the changes that he was proposing explicitly benefited his club was just a coincidence.

If the biggest clubs really wanted to do something about the overwork of players and their increased exposure to injury, they could cut down on the number of fixtures they play. They could stop jetting off all over the world shortly before the start of their domestic league seasons and they could campaign for the Champions League to be less bloated. But that’s not the object here. Clubs go to these summer tournaments because they’re worth a tonne of money to them, and the same reasoning was behind the European Super League and its sister competition, the expanded Champions League.

The richest clubs always seem to ultimately get what they want, so no doubt in time more substitutions will be permitted in the Premier League. Pep Guardiola and Jurgen Klopp (among others) will have won, and they’re fully entitled to argue for things that sit within their very narrow field of self-interest. But the rest of us are entitled to wonder whether, just once, a rule change could be introduced that benefits everybody else rather than just this small coterie of clubs.