Home F365 Says Well, well, well…Willian, that was really something 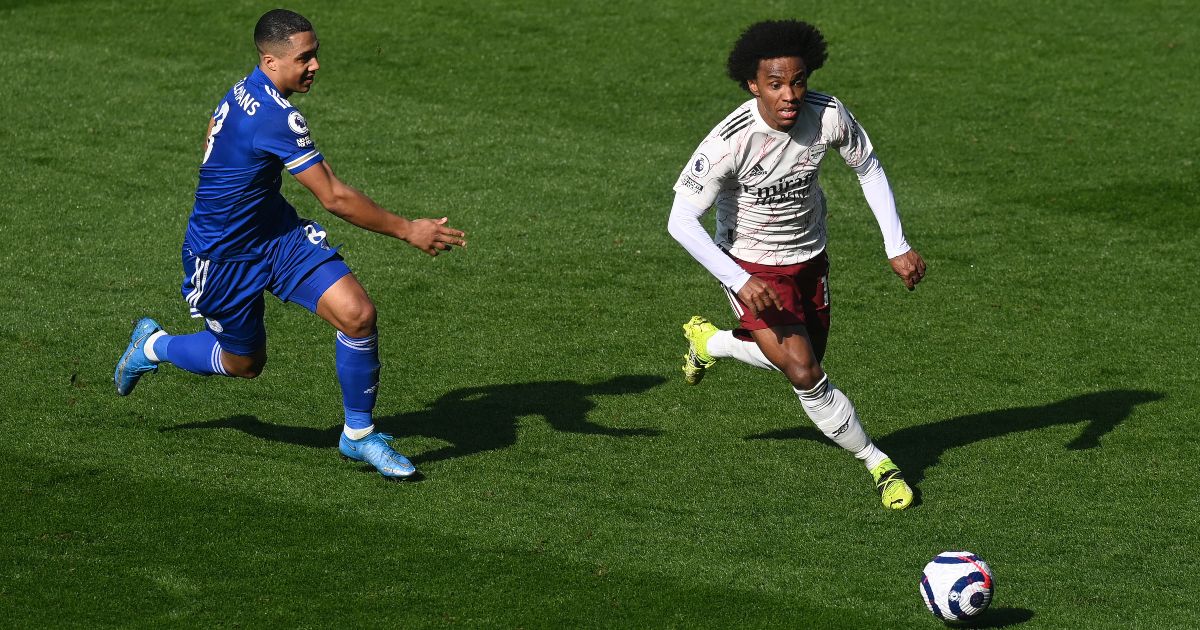 That could not have gone much worse for Leicester, nor much better for Arsenal.

The hosts lost three things: their recent domestic momentum, as well as Harvey Barnes and Jonny Evans to yet more injuries. Youri Tielemans granted them a well-earned lead they proceeded to squander even before half-time with a resistance that stretched to their last shot on target of the game coming three minutes before David Luiz’s equaliser

The Europa League exit to Slavia Prague was a setback with a positive slant, a disappointment that allowed them to focus solely on securing Champions League qualification through the Premier League. This proved the folly of such straw-clutching.

But while Leicester mimicked their midweek misfortune, Arsenal used character-building success on Thursday as a platform for a genuinely impressive victory on Sunday. Coming from behind to beat Benfica was testament to their mentality. Doing the same at Leicester showed their genuine quality.

No player summed that up more than Willian. The Brazilian was in fine form, assisting the first goal, launching the attack for the second with a scintillating run, laying on the third for the equally excellent Nicolas Pepe and chopping Timothy Castagne into oblivion at one point for the sheer thrill.

Mikel Arteta must have been delighted. “In games now you can see that he is starting to produce what we think he can do for the team,” he said before the game, even stressing the crucial part he played in Willian’s controversial addition to this squad in the summer. The manager must have been as aware as anyone of the criticism the winger has faced.

There will still be many who scoff at this performance and chalk it off as Willian’s customary great game in a slew of ten terrible ones. Minds have been made up in that regard and it is often a futile exercise trying to change them. Some people will always stand by their initial opinions despite fresh evidence to the contrary. To them, it is better to be hypercritical than hypocritical.

Yet this was clearly a marked improvement on what has come before. Whether or not the cliches of poor attitude and absent application have applied to Willian since he joined Arsenal, he has looked lost until recently. This was a return to the skilful inspiration, that driving force Arteta must have sought all those months ago.

He slotted into the system instead of being forced in at its detriment. He dovetailed beautifully with the effective Kieran Tierney and formed a dangerous partnership with Pepe on the other side. The bold decision to leave Bukayo Saka and Pierre-Emerick Aubameyang on the bench was entirely vindicated by an experienced players shouldering that burden instead of being smothered by it.

Willian encapsulated both the explosive nature of Arsenal in those key moments and the efficiency of their overall display. Some of those dribbles were mesmerising and he misplaced two passes all game. With his decision-making so far removed from the uncertainty that underpinned it in his first months in north London, he is finally contributing to the cause.

For a player held by many as indicative of their problems, someone benefiting from his manager’s favouritism when others would have been punished or ostracised, this has been a necessary renaissance at a crucial moment. How Leicester might wish for something similar.