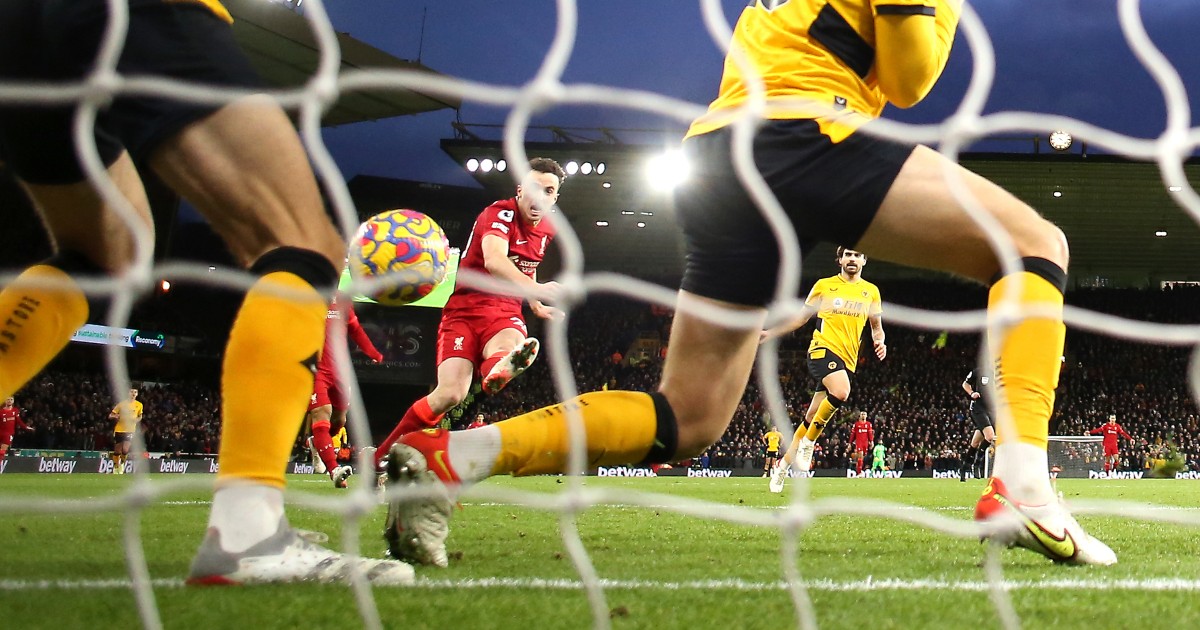 Liverpool certainly justified their win but that Wolves defence absolutely did not deserve to lose. Conor Coady led by impeccable example.

There was a point, perhaps two or three years ago, when Conor Coady suddenly had a prefix bestowed upon him. It is an honour usually saved specifically for clubs, such as Frank Lampard or Wayne Rooney’s Derby County, Steven Gerrard’s Aston Villa or misery’s Newcastle. But the Wolves captain was burdened with a constant reminder of his boyhood allegiance around the time he and his team were exposed to the Premier League spotlight upon Championship promotion.

‘Liverpool fan Conor Coady’ was the headline introduction to every media interview, the backing track to each touch in a game that featured one of the Reds’ fellow title contenders. In December 2018 and May 2019, at the height of this bizarre trend, Coady’s suggestion that he wanted Wolves to win upcoming games against a Liverpool side locked in the tightest of battles with Manchester City was treated with vague consternation.

While there was never any sensible doubt about where his loyalties lied then, any residual scepticism was obliterated at Molineux on Saturday. Coady led a heroic defensive display as Wolves cosplayed as Boromir in Lord of the Rings: absorbing fatal arrows before finally succumbing to one last blow.

Jurgen Klopp had seen his side score four goals in each of their last three Premier League games and at least two in the previous 18 fixtures, dating back to August. The last team to keep a clean sheet against them in any competition was Real Madrid, who held a below-par and injury-hit Liverpool at arm’s length in April.

The last team to keep a clean sheet against them in any competition still is Real Madrid. Divock Origi made sure of that with the latest in his charming collection of crucial late goals for Liverpool in what was his 100th substitute appearance.

That strike put the Reds atop the Premier League table for a moment, coming between Chelsea’s earlier misstep and Manchester City’s later stroll. Liverpool fan Conor Coady did not take a great deal of solace in that, laying prone after he finally failed to block the inevitable as Origi’s shot powered through the smallest of gaps between him and fellow centre-half Max Kilman.

Ruben Neves, tracking back and arriving late to the scene, collapsed to the turf like a Samuel Kuffour tribute act. Romain Saiss gripped at the net in frustration. Nelson Semedo held his head in his hands. Ki-Jana Hoever offered a half shrug, a sort of ‘How are we supposed to stop this for 90 minutes?’. Leander Dendoncker, ever the optimist, afforded himself a brief moment of anger before rushing to collect the ball.

It was always going to be too late. Wolves recovered from 2-0 down after 80 minutes to beat Aston Villa at home in October, but this hammer blow mentally, spiritually and literally floored them. Liverpool had got the goal that, on the balance of play, they probably did deserve. It was over.

What came before that was astounding, with each home player mucking in on some level. Every outfield starter for Wolves made at least a block, an interception or a clearance. It was backs to the wall stuff but Adama Traore, Raul Jimenez and Hwang Hee-Chan carried their own latent threat.

Liverpool should have led shortly before half-time from a beautifully constructed move, with Diogo Jota playing in Andy Robertson to slide the ball across goal. Mo Salah looked certain to score before Saiss made what seemed to be an impossible intervention. Quite how he diverted the ball away without fouling the Egyptian despite being behind him is a mystery.

But it was Rayan Ait-Nouri’s impeccable first half that set the tone. He was almost faultless in defence while providing an outlet going forward, almost assisting an opener shortly before half-time. His shackling of Salah was phenomenal. Ait-Nouri made eight tackles when no-one else made more than four and it is important to note that not only did Liverpool score a couple of minutes after his substitution, it originated down the side he had just forcibly vacated.

The French youth international was removed due to injury, a fate Coady disregarded despite noticeably struggling for the entire second half. He certainly laboured to cover for Jose Sa when the keeper clattered Saiss and allowed Jota a free run at goal on the hour mark. Coady and Kilman scurried to offer some sort of resistance as Jota, who had endured the typical boos of a returning player, bore down on goal. He carried the ball within six yards of the net before simply hammering it in no real direction, Coady blocking the shot with what the commentator generously described as his “midriff”.

It was brave, courageous, valiant. It was also Sa’s only mistake of an outstanding performance, although the keeper did reciprocate his captain’s brilliance with a gentle kiss on the forehead as Coady again lay sprawled on the pitch.

That was one of the many methods of unique defiance Wolves successfully deployed against a previously irresistible object. Their devastation at Origi’s late goal was understandable and profound. Conor Coady certainly won’t be feeling like a Liverpool fan after that.