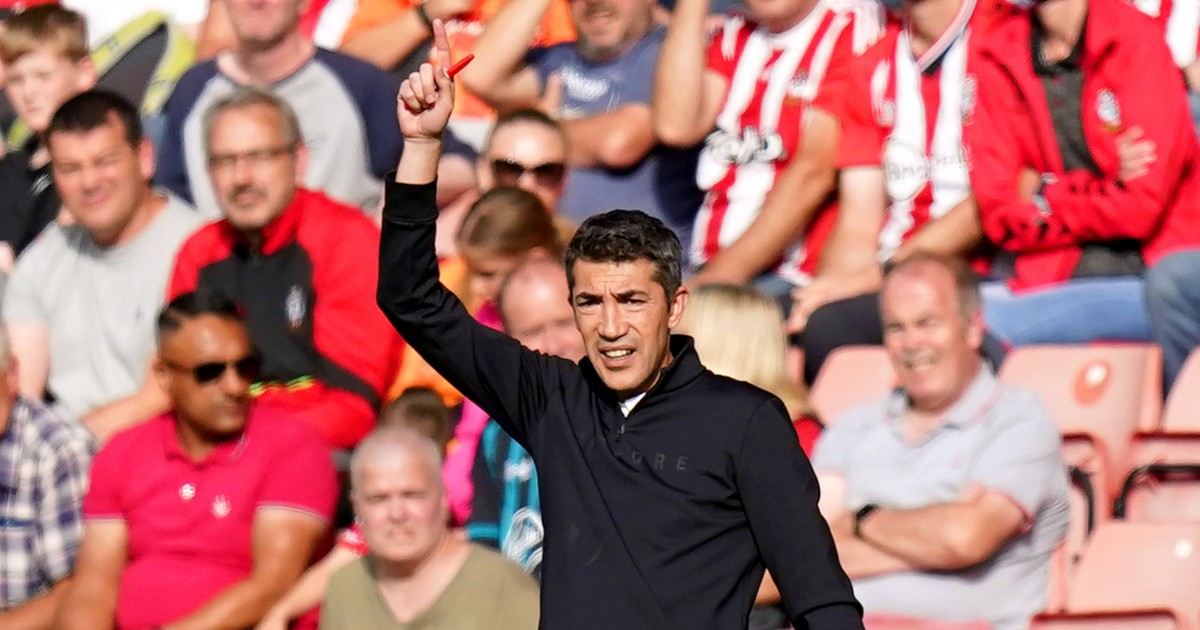 Fun, decent and really quite impressive: Wolves manager Bruno Lage has been one of the unsung success stories of this bizarre season.

By some mad Einsteinian trickery, we aren’t even a third of the way through the season yet. To date, only 12 Premier League matchdays have been played. All because of a smattering of internationals and European ties, with some Karembeu Cup stuff or something. Nineteen appearances ago in all competitions, Luke Shaw was scoring in front of a riotous Wembley, with most of us blissfully unaware of the pain and shame and handwringing that would fester through the coming days. And that feels so long ago that it barely qualifies as having actually happened.

The reason for this is that even by its own cosmic standards as the pre-eminent soap-operatic sociodrama of our age, the Premier League season so far has been stupidly eventful. Six managers have been sacked. At least another three or four know that the ice on which they stand is thinning. There has, obviously, been the sh*tshow at Manchester United. The full-back-ball at Chelsea. West Ham confirming that they are actually good. Interminable Harry-based narratives. Tea-towels at St. James’. A love-in at Brentford. Marcelo Bielsa looking sad. Spurs managing a shot on target. Antonio Conte and Rafa Benitez and Steven Gerrard and Patrick Vieira and Mo Flipping Salah, and the endless spume of weekly content they generate.

With all that going on, you could be forgiven for overlooking the resurgence going on at Molineux; Wolves, while nobody was looking, have crept their sneaky little selves up into 6th place. And entirely on merit.

Step up and take a bow, Bruno Lage. Coming with a modest CV, comprised of one stand-out season at Benfica, bits and bobs of assistant work and a lot of academy football – which goes some way to explaining the general PE teacher vibe that he gives off – Lage was nobody’s idea of a marquee appointment. Quiet and unassuming, a far smaller presence than his name suggests, without the ‘charisma’ of the hype men in situ at many other clubs, he is not exactly one to get the pulse racing. A bit of recruitment, suggested some, to further line the pockets of Senhor Mendes, and very little else. Yet his Wolves side have been understatedly excellent.

It must be said that he has not exactly reinvented the wheel here. From Nuno to Bruno has been evolution, not revolution. Their formation is largely the same, their personnel and style of play similar, but the energy and craft that typified Wolves circa 2018/19 that had begun to desert them last season is back in abundance.

Ruben Neves and João Moutinho look again like the high-end midfield pairing that they are. Their back three and the dependable José Sá – at £7million, ten times cheaper than Kepa Arrizabalaga – boast the fourth-best defence in the league, and while goals have been hard to come by, chances have certainly not. They absolutely battered both Manchester United and Spurs in 1-0 losses that should really have yielded very different results, and with things slowly coming together in this area, there is genuine cause for optimism that a meagre tally of 12 goals – an average *furiously bashes calculator* of one per game – will only improve.

A prime reason for this improvement is, of course, the return of Raúl Jiménez, whose skull fracture was rightly cited as a key factor in what was an underwhelming final season for Nuno. Having him back, a centre-forward of genuine quality, is obviously a massive bonus for Wolves. Yet it isn’t quite as simple as Lage lucking out. The Jiménez who returned was a shell of his former self. A sluggish, spectral presence who quite understandably looked like he needed to remember how to be the footballer he once was, and whose struggles at the start of the season ran far deeper than him getting used to his new headwear. The fact that he now seems to be rediscovering the form that led to him being linked with anyone who’s anyone is down in no small part to the care he has received at the club. And, therefore, the stewardship of the manager.

After such a horrifying incident, Jiménez’s return is undoubtedly one of this season’s feel-good stories. And feel good, Wolves certainly do, for the first time in a while. The role of Premier League surprise package can be a funny one, and we soon get bored as first impressions fade and honeymoon periods end, and everyone’s second-favourite clubs either mundanely consolidate their top-flight status or sink in the grips of second-season syndrome. Just ask Leeds. Or Sheffield United. This is why Lage’s biggest achievement thus far, arguably, is to restore the sense of fun.

While the scorelines don’t necessarily suggest edge-of-your-seat, Keeganesque thrill-rides, watching Wolves has once again become an enjoyable experience. On top of the Jiménez resurgence, the sight of Hwang Hee-chan and Daniel Podence buzzing about like the pests that they are is gloriously good value. Nelson Semedo has gone from being so bad at the Euros that he was replaced by Diogo Dalot, to some fearless, marauding, Cafu tribute act. Conor Coady is back in full swing in his Captain Fantastic role, reminding us that he’s not just a top bloke, he’s also a very good footballer. And in Max Kilman, alumnus of Maidstone United, Wolves have the latest Premier League cab off the non-league rank in their excellent defence, which you just love to see.

And this is the real beauty of it. While schadenfreude is absolutely not to be knocked, and the tribulations of certain members of The Big Six Separatist Movement are undoubtedly delicious, it’s good to have a bit of balance. Something slightly more wholesome, more family-friendly to chew on. And for that, look no further than Lage: a decent fella at a decent club doing an exceptionally decent job.