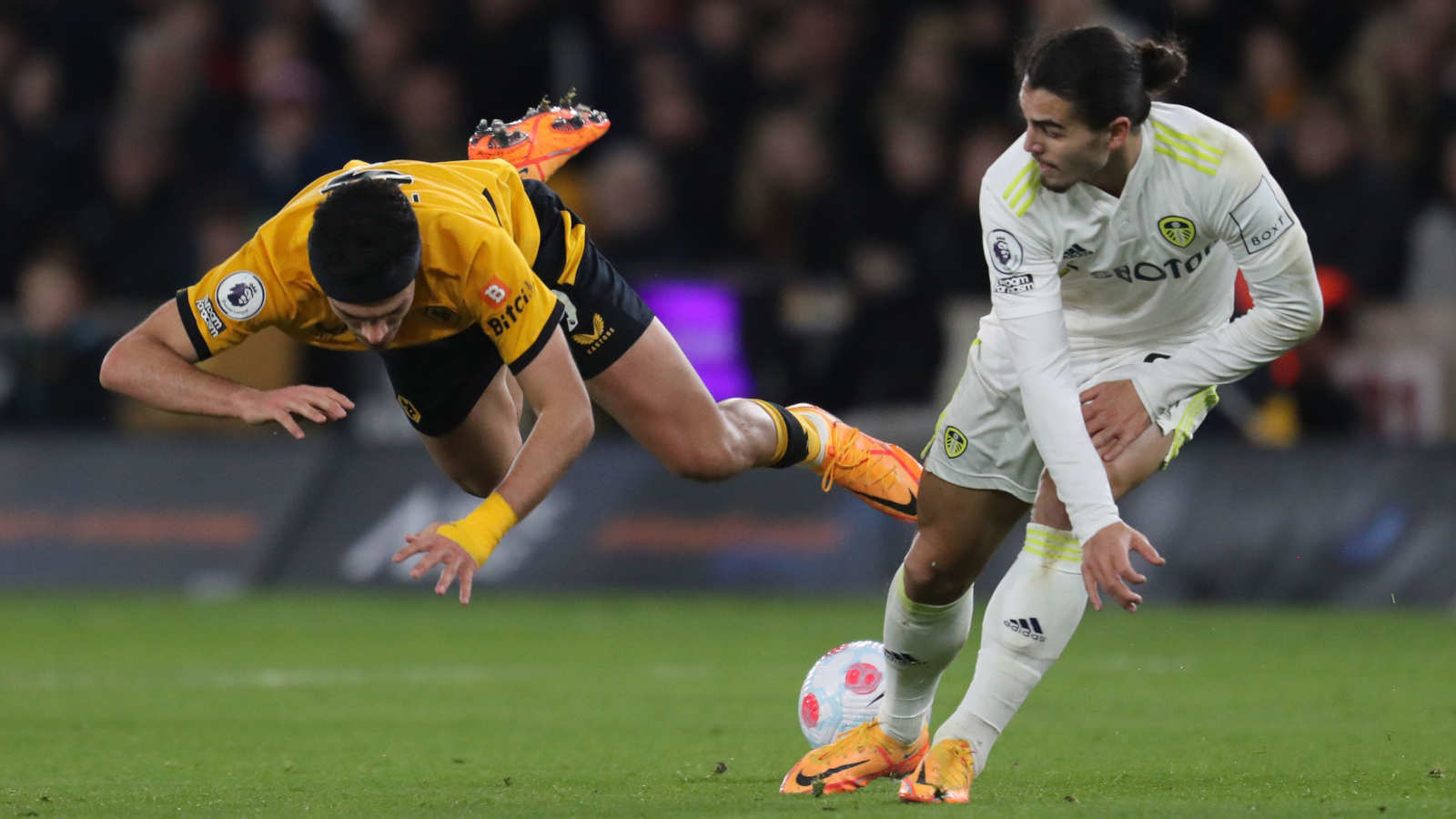 Wolves are likely to finish the Premier League season in the top ten, but there remains a feeling that 2021/22 has been a missed opportunity.

It’s peculiar that this should have turned into such a deflating end of the season for Wolves. Promoted back into the Premier League in 2018 for the first time in six years, they finished 7th in their first two seasons. After the downturn of last campaign, this has seen them back in the top half of the Premier League with an increased points tally and games to spare.

But there remains a feeling of disappointment in the Black Country; they certainly seem to be ending this season on a downward trajectory. They’ve taken a single point from their last five games and, although no-one was particularly surprised by Manchester City going to Molineux and winning 5-1 when they’re chasing the Premier League title, there is a sense that this season will be remembered as something of a missed opportunity for Wolves.

It is striking that their best performance of the last few weeks, coming back effectively from two goals behind to rescue a point from their previous game at Chelsea, came while head coach Bruno Lage was stuck in a hotel room. The manager has reportedly been the subject of unhappiness in the Wolves dressing room on account of plans to change the team’s playing style.

The last 20 mins are what the ideals of Lage-ball are. Quick, pass & move football with a Chiquinho-Trincão-Hwang-Jiménez front 4. 4-2-3-1 was also the system he favoured at Benfica. He’s not fully imposed that style with 3-4-3/3-5-2.Lage needs CBs to play a back 4 in the summer.

Arguably the defining fixture of his first season in charge has been a severe reticence in front of goal. Only three teams in the Premier League – Norwich, Watford and Burnley – have scored fewer goals than Wolves this season. Scoring once per game on average is not enough to challenge for a place in the top six, no matter how dysfunctional some of the teams above them have been.

Their early season sluggishness was explained away by the ongoing absence of Raul Jimenez, who’d been sidelined with a serious head injury since November 2020. But while Jimenez scored upon his return at Southampton at the end of September and it looked briefly as though Wolves would discover some of their previous poise, he’s only scored five league goals since. It says something that even this fairly meagre tally is enough to make him their top scorer. Jimenez had become one of the points around which this Wolves team could rally prior to his injury. The unfortunate truth is that he understandably hasn’t quite looked like the same player since he came back.

As the season enters its closing stages with little of substance left to play for other than a place in next year’s Europa Conference League, there is a sense that this summer might mark a step into the unknown. Their success over the last four or five years has drawn the attention of other clubs. That means the familiar uncertainty of knowing some of their most effective players might not even be there next season.

Ruben Neves is highly sought-after but he still has two years on his contract and Wolves have reportedly already slapped a €60m price-tag on his head. Elsewhere, Joao Moutinho is approaching the end of his deal, and at 35 years old there can be little question that his influence and experience – his career has included a staggering 144 caps for Portugal – would be a substantial loss around the dressing room if he does not extend those terms. Wolves have overcome the loss of Diogo Jota and Adama Traore over the last couple of years, but players with the influence of Neves and Moutinho are always going to be difficult to replace.

Against this mildly disgruntled background, an argument over season-ticket prices was probably just about the last thing the club needed. But those costs rising again this season – as they have steadily since Wolves returned to the Premier League – has caused a degree of unhappiness. Understandably so when set against a background of the cost of living crisis and the fact that Wolverhampton is already one of the most fuel impoverished parts of the country. It is not a strong look for the club’s hierarchy.

The club has its justification for these increases: pushing up the Premier League table cannot be funded by television and prize money alone, and their stated policy is to be in line with prices charged elsewhere in the division. But that butters no parsnips if you’re one of those faced with the choice of whether to have to stop buying your season ticket or heat your house.

As an aside, in September 2020 Wolves paid £35m to sign the then-17 year old forward Fabio Silva from Porto. He has scored four goals in 53 league appearances since.

Thing that always gets me with season ticket increases is that for your average fan a £50 increase per season can be quite a lot. But for Wolves, if 22,000 ST holders pay an extra £50 they only make enough to pay Joao Moutinho for about 3 months. It’s literally peanuts to them.

What Wolves have achieved over the last four years hasn’t really been given the credit it deserves. Since promotion, they have spent just eight weeks below 14th in the Premier League: none at all in 2018/19, four during 2019/20, one throughout last season; and three this campaign. None of those weeks have come any later than the end of the September.

In short, in those four years back in the Premier League, Wolves have never been in any serious danger of relegation. Even at the start of the 2019/20 season, when they dropped to 19th after taking just four points from their first six games, they then embarked on an eight-match unbeaten run that lifted them to 5th before the end of November. It’s quite an achievement, but the involvement of Jorge Mendes may cost the club a proportion of the respect it might otherwise.

As an aside, in September 2020 Wolves paid £35m to sign the then-17 year old forward Fabio Silva from Porto. He has scored four goals in 53 league appearances since.

It’s not all mild grumbling. Jose Sa has been outstanding in goal all season. Chiquinho, the loose-limbed winger signed from Estoril in January, has only made cameo appearances thus far but looks like a young player of huge promise. Neves and Moutinho haven’t gone anywhere yet, and getting a lot of money for the former would open up new opportunities. Silva is young – he only turns 20 a few weeks before the start of next season – and has plenty of time in which he may come good. And Wolves are set to complete their fourth successive season in the top flight, their longest such run in 40 years. It’s not all dark in the Black Country – a football club whose motto is ‘Out Of Darkness Cometh Light’ has seen these cycles of good and bad before – but impatience may be growing for the arrival of something brighter at the end of their current tunnel.