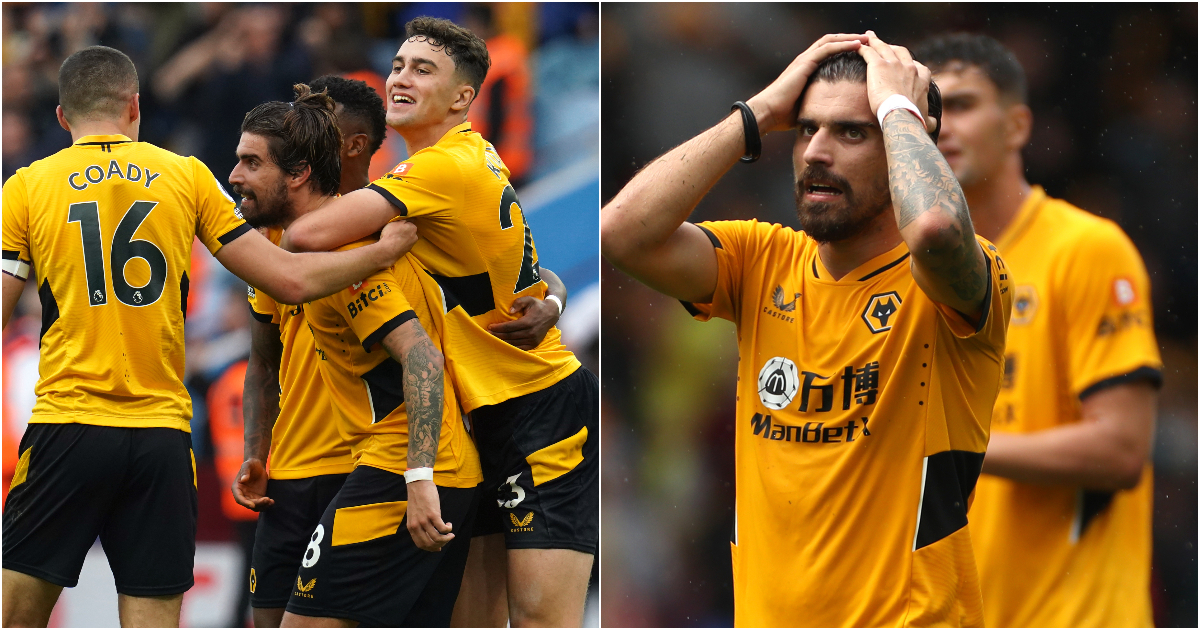 We need to talk about Wolves. Well, we don’t. Nobody does. But we’re going to, because Lord knows there is nothing new to be said about Manchester United or Arsenal or Newcastle. We’ve tried.

So. Wolves. Look at them there, making the whole sport look stupid with their almost sarcastically mid-table form. Where are they in the table? Tenth. Great. Wins and losses? Four of each, naturally. Goals for and against? Eight of each, one per game, because of course they do. Fantastic.

Only in their most recent game, an absurd derby day win from 2-0 down against Aston Villa have they made the mistake of drawing any attention to themselves whatsoever. They are interesting and noteworthy because until the last 10 minutes at Villa Park they had been neither.

They lost their first three games under a new manager, but nobody panicked. Because they never looked like a bad football team – they just found themselves heroically incapable of scoring a goal in narrow defeats to assorted flavour (and quality) of good team in Leicester, Spurs and Manchester United.

They then won three of their next four games but still nobody really got excited because they never looked like a particularly good team. They just dealt with assorted flavour of bad teams in Watford, Southampton and Newcastle.

Their run of early defeats was more high-profile but came accompanied by performances that meant they never came close to anyone feeling the need to note that you fear for them (you really do). The wins were textbook last game on Match of the Day fare.

Until Aston Villa, and now they’ve blown the whole thing. Now people will notice them. Of course, what makes this stupid and pointless is that the one absurd game of their season is the one that has made their overall record so ostentatiously average.

They now have the sort of overall record the supercomputer would cook up, but have got there via seven games of meh and one game of nonsense.

So what does this Wolves side and its results tell us, then? Plenty, in a way. Leicester, Spurs and Manchester United are, for instance, probably better than Watford, Southampton and Newcastle (for now at least).

As for Wolves, it tells us that they are an okay Premier League side, and that’s okay. They are better than a team that loses three games in a row at the start of the season but probably not as good as a side that wins four games out of five.

The difference being that Wolves, by flying so concertedly under the radar before popping up with three goals in 15 minutes to pull Villa’s pants down, have been able to arrive at their inevitable mid-table end point without a rollercoaster narrative of woe and joy. There was no anguish after three narrow and in their way understandable defeats, no overexcitement after some wins against dross.

Maybe we can all learn something from that with teams less able to stay below the parapet. At least until Ole Gunnar Solskjaer silences his critics once and for all with a win against Liverpool at the weekend anyway.