Home F365 Says Wolves prove if you are young enough, you are good enough 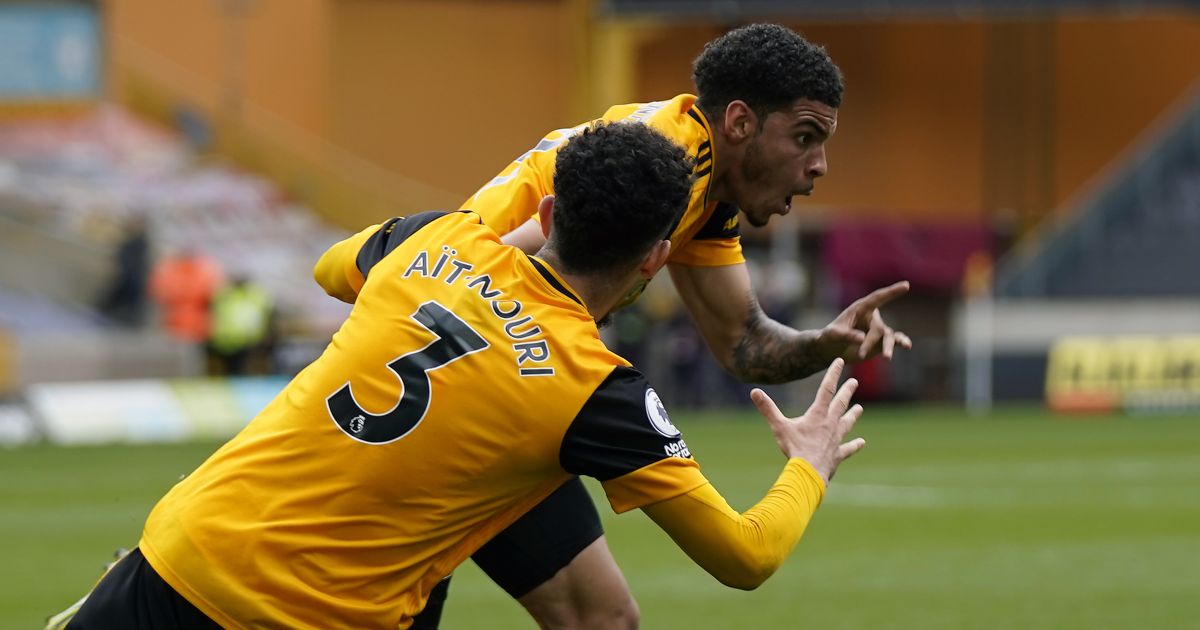 Wolves and Nuno Espirito Santo were in trouble at half-time against Brighton, but the younger players showed fine spirit in the comeback.

‘Wolves have named five players aged 21 or younger in their starting XI against Brighton,’ read the tweet from OptaJoe, referencing the youthfully-hyphenated quintet of Fabio Silva, Ki-Jana Hoever, Rayan Ait-Nouri, Vitinha and Morgan Gibbs-White that were sent out to face Brighton. ‘They are the first side to do so in a Premier League match since Leicester against Crystal Palace in April 2018.’

It is a strange badge of honour worn by supporters, this increasing desperation to gradually lower the average age of a line-up to the point that players older than the previous accepted peak of 28 are discussed in hushed tones as they are helplessly pulled closer towards the vortex of retirement and stints on punditry sofas across from Danny Murphy.

The cliche has evolved: if you are young enough you are good enough. And regardless of quality, you will be held up as the solution to any and all problems.

That aforementioned Leicester side had started April 2018 with two defeats and a draw at the end of a run in which Claude Puel had managed just two wins in ten Premier League games before visiting Palace. Fans likely championed his faith in youth when Ben Chilwell, Wilfred Ndidi, Hamza Choudhury, Demarai Gray and Kelechi Iheanacho all started. Finally, a fresh team with different ideas instead of the same old stale nonsense.

They lost 5-0 to a side still fending off lingering relegation worries.

So throwing the kids in is much like most other approaches to football: it backfires roughly as much as it pays off. Fortunately for Nuno Espirito Santo, this was eventually but definitively the latter.

The outlook at half-time was not great. Wolves went into Sunday’s match with two wins in nine and those were against Championship-bound Fulham and Sheffield United. They had scored just under a goal a game, had already conceded more often than in their previous three seasons and a Lewis Dunk opener meant two points separated them and Brighton, who have spent the entire campaign battling relegation.

That the goal came from the first of a series of shoddily defended corners only compounded matters, much as Wolves’ insistence on taking their own set-pieces short before committing the cardinal sin of failing to clear the first man. The hosts were still above their visitors despite losing but the general atmosphere around the two clubs could not have been much more different. The future Tottenham manager was beating one of his supposed rivals for the role rather handily.

i believe in graham potter and his style of play and the underlying numbers. but boy it's hard to keep watching brighton blow it and not be terrified of the nonsense he and spurs could get up to together

Wolves had barely created much of anything. Vitinha tested Robert Sanchez after a bright start but those same bad habits soon emerged when the breakthrough did not materialise. Pedro Neto was interviewed on the pitch at the break; he and Raul Jimenez have cast an almighty injured shadow over their attack this season.

But then something happened. A quick passing exchange between Vitinha and Silva sliced Brighton open. Dunk tugged the latter’s shirt and meekly accepted his red card. The decision was to let a striker through on goal and keep 11 men on the pitch or foul him and go down to ten. Hindsight shows the Brighton captain made the wrong call.

Nuno deserves credit for his response. Wolves slowly exerted pressure until Adama Traore replaced Ruben Neves in the 61st minute; the sight of the winger stretching on the touchline would unsettle any defence but one expected to maintain a single-goal lead away from home at a one-man disadvantage was understandably shaken. Nuno switched the system and prey became predator in an instant. Wolves were on the hunt.

Traore combined with Silva for the equaliser a quarter of an hour after his introduction in a move similar to the one which snared Dunk. The momentum had shifted and Traore was responsible. But when he capitalised on an abysmal back pass to round Sanchez and hand Gibbs-White his shot at glory with five minutes remaining, the 21-year-old erred with the finish.

A point would have been positive but tinged with regret, particularly in light of that late chance. Gibbs-White has struggled for opportunities under Nuno, starting eight Premier League games in three seasons, often in different positions each time, with a back injury and a spell with Swansea ending due to a fractured foot. He was recalled from that loan in January to immediately play an ineffective hour in defeat to Everton, making six substitute cameos since.

That missed chance could have broken Gibbs-White but his composed finish in stoppage time justified every call Nuno made on the day. It was those younger players he trusted that engineered the recovery, not his more experienced heads. They can be the foundation for the club’s next phase.

Nuno and Wolves have drifted through this season; an unexpected sip at the fountain of youth might reenergise them all the way into the new season. 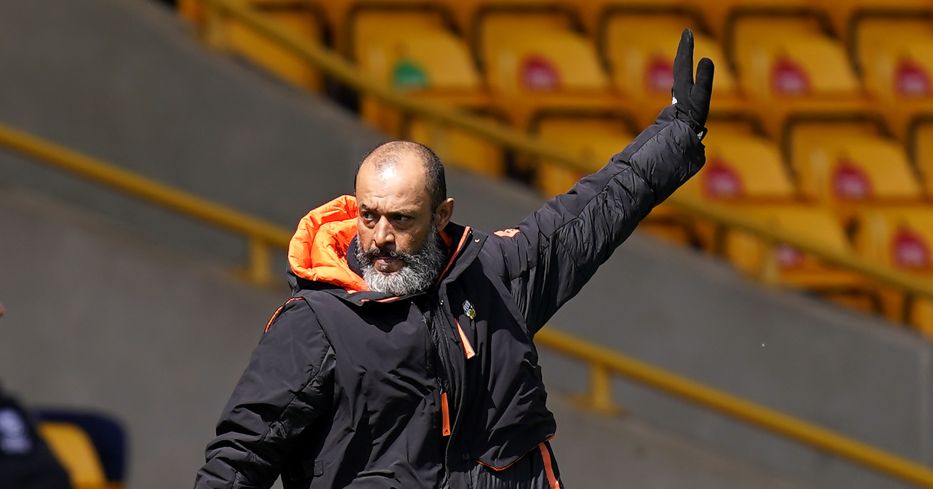