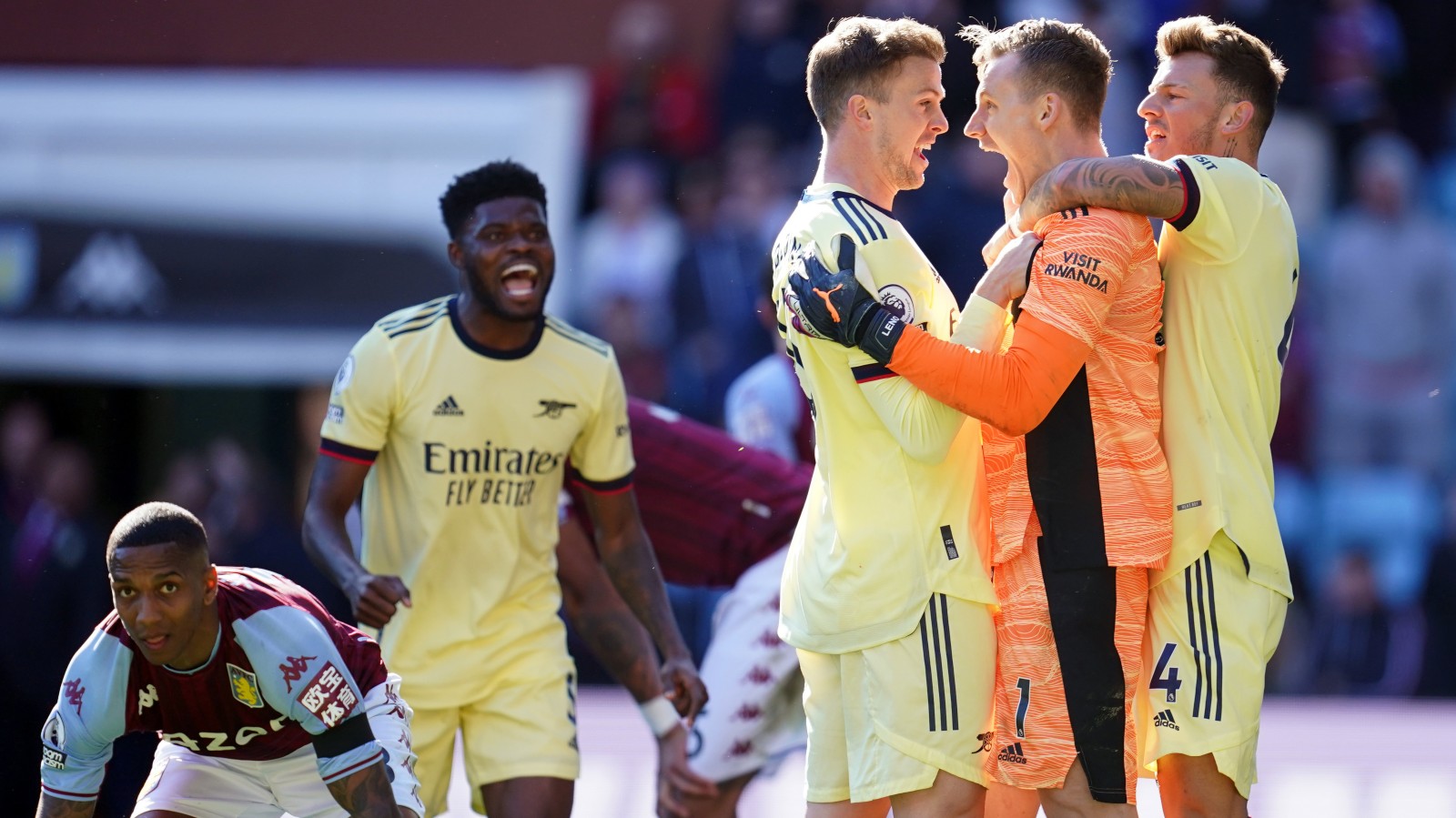 Arsenal knew beating Villa was huge for their top-four hopes. But perhaps the Gunners could qualify for the Champions League with a third-place flourish…

Bukayo Saka spoke of the need for Arsenal to ‘stay humble’ down the home straight as they chase a return to the Champions League but Martin Keown took the faux-modesty too far in the wake of the Gunners huge win at Aston Villa.

“I think Spurs look favourites to make it into the top four,” said Keown while the away fans reluctantly brought their party to a close just below the BT Sport studio in which the former Arsenal defender was trying too hard not to get carried away by a thoroughly impressive performance from Mikel Arteta’s men.

Keown was fooling no one. Of course Arsenal are favourites – the Premier League table tells you that. But even beyond the four-point gap they have over Manchester United and the six-point cushion between themselves and West Ham and Tottenham, the Gunners’ performances highlight how better equipped they are than their rivals to claim that fourth spot.

Their display at Villa Park had almost everything Arteta could have asked for. Arsenal were better in every department than a subdued Villa side who ought not to have been in with a chance of securing a point with the final kick of the game.

The only thing lacking from Arsenal was the goals their control deserved. One was enough, shinned in by Saka from the edge of the box in the first half, but such a narrow advantage made for a nervier conclusion than it needed to be.

Perhaps even that worked in Arsenal’s favour. Had they seen the game out with ease, the final whistle might not have been met with such jubilation, with players, manager and supporters celebrating together in scenes that highlight a togetherness and unity that, for Arsenal, must be a novel feeling.

United and Spurs have not the same spirit and while West Ham might, much of their focus is on their Europa League exploits.

Arsenal’s focus is clear and uncharacteristically steely-eyed. Despite Arteta’s moan about their schedule, his players refused to dwell on that, or the fact they were missing two key players in Aaron Ramsdale and Gabriel Martinelli.

The Gunners of old, with an excuse and a sense of misfortune, might have caved before kick-off but this squad is harder, more resilient. To a man, they embraced their individual battles with relish, with Gabriel and Thomas Partey both outstanding.

Partey’s improvement mirrors Arsenal’s overall. The Ghanaian ‘has come a long way’, according to Arteta, and his performances this week – he scored against Leicester; impressed in the defeat to Liverpool; and dominated Villa’s midfield today – highlight how important he has become to the Gunners.

Partey and Granit Xhaka simultaneously stopped Villa’s two 10s, Philippe Coutinho and Emi Buendia, playing behind them while refusing to allow John McGinn and Jacob Ramsey to play through them. Steven Gerrard’s game-plan was foiled with impressive ease by Arsenal’s midfield and Villa should have implemented Plan B at half-time after a first period in which they offered nothing, rather than wait for another quarter of the game to pass them by.

Arteta would doubtless prefer that Arsenal’s ruthlessness match the quality of Saka, Emile Smith Rowe and Martin Odegaard’s approach play, and at least one striker is a must in the summer. But Alexandre Lacazette’s work-rate should not be underestimated. The captain set the tone for Arsenal’s pressing and ran himself into the ground before being given a breather for the final 12 minutes.

Securing a Champions League spot will certainly improve Arsenal’s options when they go looking to recruit a centre-forward and so much rests on the Gunners finishing the job. But with six wins out of seven and five successive league triumphs on the road, they are showing absolutely no sign of slipping up. Arsenal dare not be so complacent as to look up at third place rather than over their shoulder but, in this form, the Gunners can be bold enough to put Chelsea in the crosshairs, especially with the Blues to play in a month.