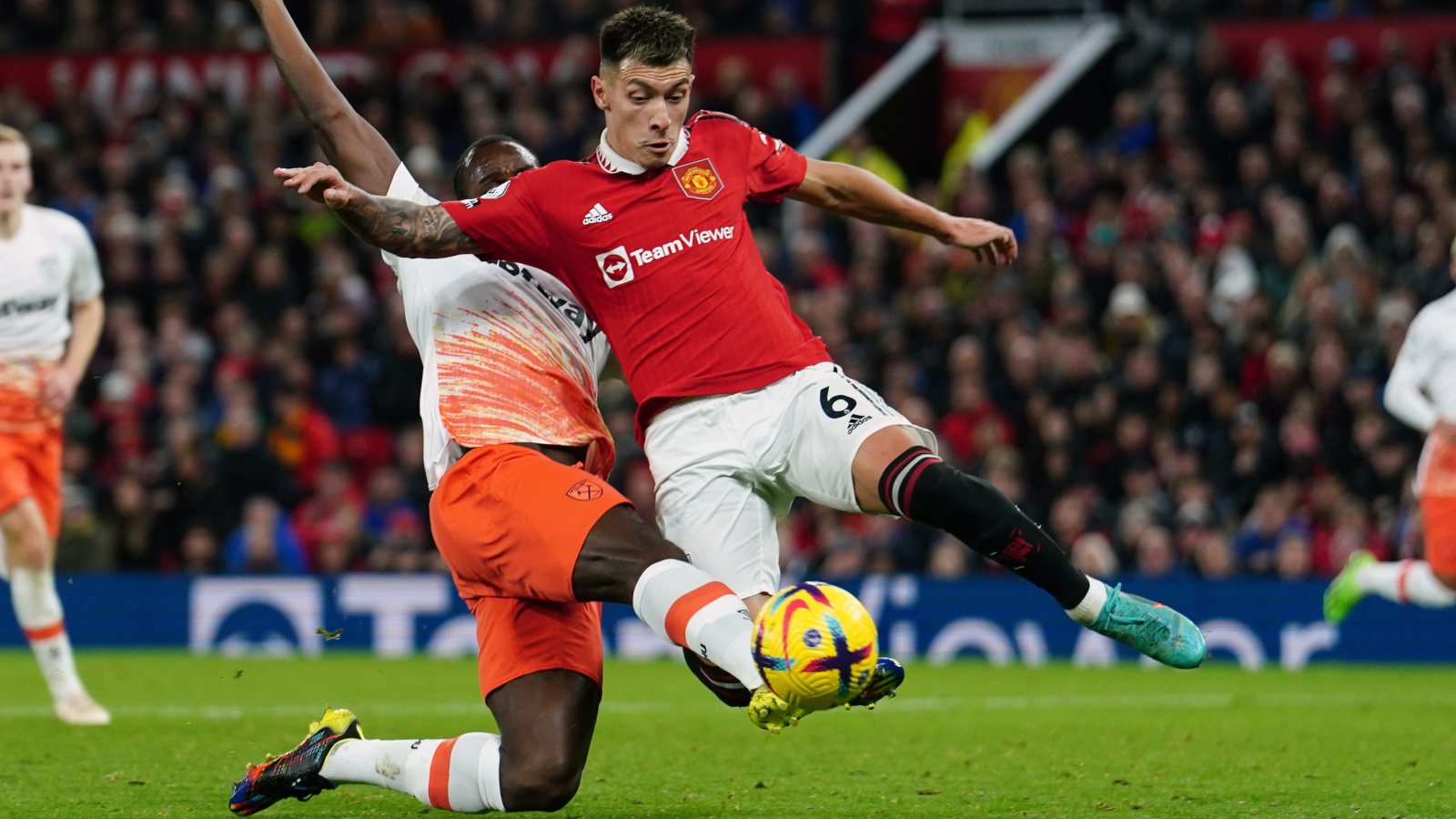 We have to credit Graeme Souness. Firstly because he was right about Paul Pogba. And secondly, because he demands it.

“Who was the first person to call out Pogba as a pudding?” he asked his Talksport co-host on Monday and while Sir Alex Ferguson might suggest he reached the same conclusion rather more swiftly, Souness was correct to remain steadfast in his view that United’s record signing was a colossal waste of time, energy and money.

Buoyed by his own prescience, Souness then doubled down on another of his scalding takes. “I think Lisandro Martinez will be sorely tested and he will get found out in the Premier League…he’s not particularly special at anything,” the former Liverpool midfielder and manager said at the end of August. When offered the chance to revise his opinion this week, Souness declined.

Fair enough. Beyond his own stubbornness, Souness has his own reasons why Martinez just isn’t his cup of tea. Except those reasons, or some of them at least, are unfathomable.

With Pogba, the evidence that he might prove to be ‘a pudding’ was always there. His career at Old Trafford followed the same cycle for six years. Dazzle. Disappoint. Disappear. Distract. Divide. Repeat. Souness may claim to be the first to pin Pogba but he certainly wasn’t alone in identifying the France star as a problem.

With Martinez, the evidence lends no credence to Souness’s stance.

The main focus of his criticism is the centre-back’s physique, and Souness is absolutely right. Long studs or not, Martinez is 5ft 9in. That’s pretty much irrefutable.

But, as Rio Ferdinand suggests, Souness can’t be watching Martinez play if he maintains the view that his height makes him doomed to fail. He certainly wasn’t watching him at Ajax where he had an aerial success rate of 71% – the best in Eredivisie.

“This is the Premier League,” says Souness, without expanding the point. It’s true, though, that Martinez hasn’t maintained that rate. This season, in United’s defence, he’s won 54% of his 24 aerial duels. Alongside him, however, Raphael Varane has won 76.2% of his, a success rate bettered by only three other centre-backs – Kurt Zouma, Tosin Adarabioyo and Max Kilman.

Varane and Martinez have formed something of a Vidic-Ferdinand-type partnership. Varane generally attacks the first ball; Martinez covers. And United’s higher line is key here too. If they defend the edge of their box, as they have done under previous managers with other centre-backs, then Martinez may be more vulnerable. But they aren’t so he isn’t.

In any case, if headers were won on height alone and top-flight English football hadn’t changed in the 40 years since Souey’s glory days, then Premier League sides would be scouting the same players as the NBA and Peter Crouch might be in the GOAT bracket. But as Souness well knows, there is more to an aerial battle than just feet and inches. And being average height never hurt these guys.

Well, he’s no slouch and he’s yet to be outrun in a red shirt. The second point, though… who is Souness comparing Martinez with?

Anyone who watches United can see that Martinez has brought a new dimension to the Red Devils with his distribution and intent to penetrate lines. He boasts the best passing accuracy rate (85.9%) among United’s outfield regulars but not because he’s happy just to recycle the ball across the back line. Martinez has achieved more progressive distance (the distance in yards that a completed pass has travelled towards an opponent’s goal) in his passing than any outfield team-mate and he has completed as many passes into the final third as Bruno Fernandes.

1103 – Lisandro Martínez has bypassed 1,103 opponents in total with his passes in the Premier League this season, the most of any @ManUtd player:

The same could be said of literally every centre-back ever. No defender is flawless; occasionally he will come off second best. Doubtless Ten Hag would love to put an extra inch or two on Martinez, if only to quieten the noise around his stature, but the manager is absolutely delighted with his most important summer signing, as are the supporters, many of whom are just relieved to see some competence and spirit in the backline.

Souness was right about United’s last no.6 but that doesn’t mean he shouldn’t re-evaluate – or at least watch – the current one.

Read more: Every Premier League club’s highest-rated player of the season so far