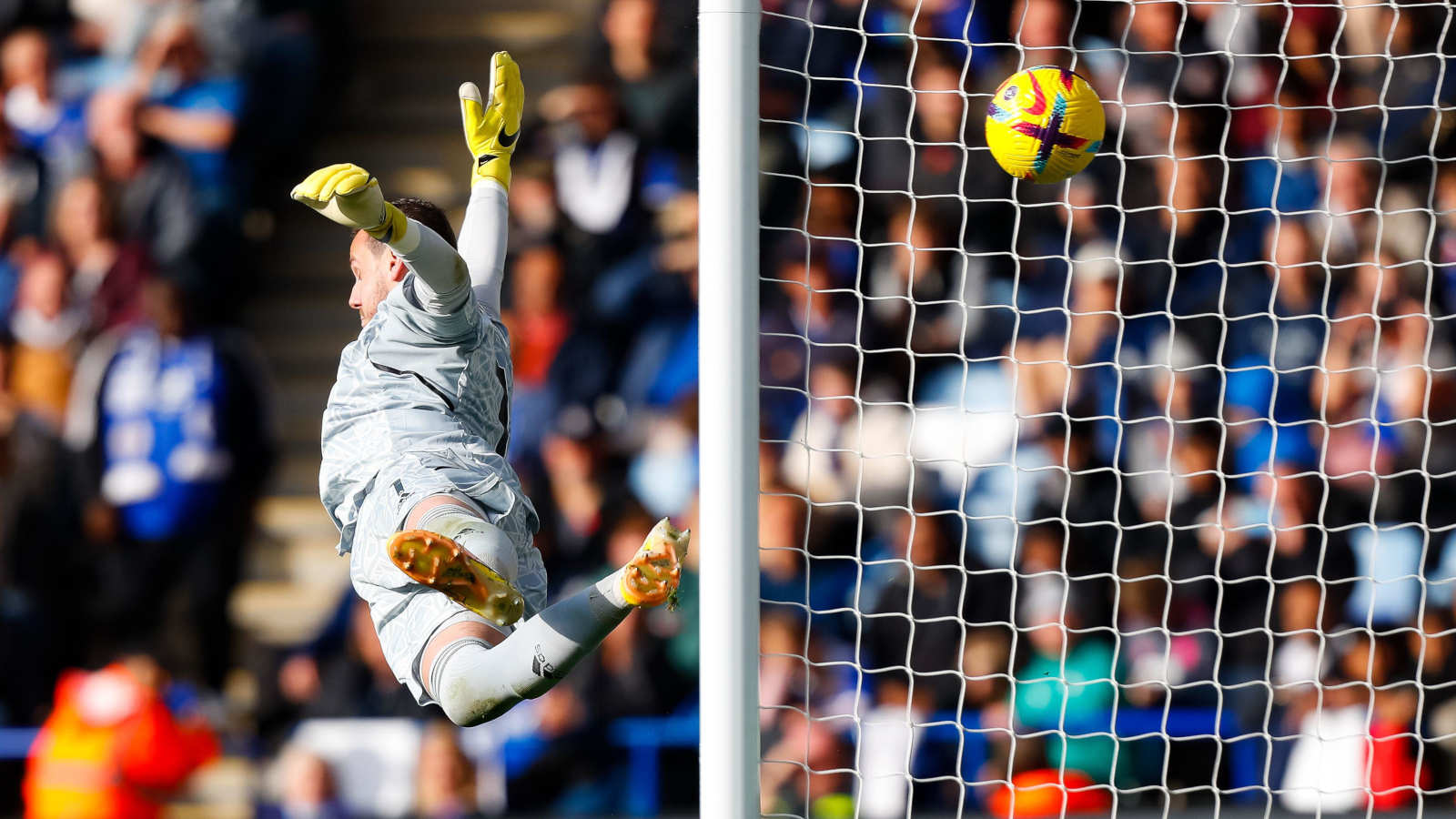 Manchester City’s top scorer was absent for their trip to Leicester City, but the man who’s been providing Haaland’s goals stepped up in his place.

It’s probably telling that so much of the build-up to the match between Leicester City and Manchester City concerned somebody who wouldn’t even be playing.

Erling Haaland was having his operating system updated, all of which gave an opportunity to Julian Alvarez to start up front and demonstrate his chops. We can only wonder whether he sat in the dressing room before kick-off, psyching himself up that this would be the day that he dislodged Haaland from the first team in perpetuity. Truly, he has the most daunting understudy job in football.

This seems likely to be the way of things this season. Haaland’s absence is like a security flaw in the system. Other clubs will see the games where he’s absent as their opportunity to plunder some points before the vulnerability is patched. And why shouldn’t it be Leicester City? They came into this game off the back of surprisingly convincing wins against Leeds United and Wolverhampton Wanderers which lifted them out of the Premier League’s bottom three and quietened the calls for Brendan Rodgers to be the Guy on the King Power Bonfire this year.

But Leicester didn’t quite have enough. The game was won by a lovely Kevin De Bruyne free-kick three minutes into the second half, which swerved and span and pinged off the inside of Danny Ward’s left-hand post and in. In amongst all the slavering over Haaland, that Manchester City have a full roster of fantastic players often feels half-forgotten, and De Bruyne’s free-kick was a reminder that he is the true engine of this team, the fulcrum through which so much of their best attacking play flows.

It wasn’t that Leicester didn’t create chances, either. City had only been in front for barely three minutes when James Maddison pulled a corner out to the edge of the penalty area for Youri Tielemans to catch the ball full on the volley from 20 yards out, requiring Ederson to acrobatically tip the ball onto the crossbar. On another day, that ball would have dipped just under the crossbar and in. On this occasion, Manchester City got just a touch lucky.

Second-half changes from Brendan Rodgers pushed them onto the back foot, but the defence was comfortably strong enough to withhold what Leicester could offer as they threw players forward in charge of an equalising goal. The Foxes huffed and puffed, but there was never a point at which it felt as though City were really struggling to hang on in any way. There was no feeling of siege surrounding the closing minutes. Manchester City, as Pep Guardiola will doubtless have wanted and expected, were all about control. Manchester City are always all about control.

The win puts them top of the Premier League for the first time since they beat Bournemouth 4-0 on the second weekend of the season. It’s been a relentless pursuit of the season’s surprise early leaders Arsenal, and it’s entirely likely that with their game against Nottingham Forest to follow they will only be top of the table for just over 24 hours.

But there remains a feeling of inevitability about City’s return to the top of the table. Against Leicester, they looked like the Manchester City of last season on a slightly off day. They did enough to win a fairly torpid game, but not a great deal more, and one of the many significant advantages that they hold over everybody else is that if one of the jewels in their crown does just happen to be absent, well, they’ve got plenty of others who can just churn out these throwaway moments of brilliance.

No best striker on the planet to bundle in a hat-trick of goals scored by throwing unusual geometric shapes? No problem, there’s always one of the best midfielders of the last ten years to ping in a free-kick that the opposing goalkeeper couldn’t have got to had he had a stepladder and a butterfly net.

But it certainly feels as though this Premier League may be thrown into some degree of flux by the weight of the schedule. Over the last couple of weeks, both Manchester City and Arsenal have looked a little frayed around the edges. De Bruyne said as much in his post-match interview. The players have been playing two games a week almost without exception since the start of August, and they’ve had an international ‘break’ which required a further couple of games to be played too.

If there is to be Premier League jeopardy this season, it will most likely come as teams buckle under the weight of having to play so many games. This is also a period of some anxiety for players who absolutely do not want to get injured before a World Cup. And perhaps this is why Pep looked pretty pleased when speaking to the press after the game. Winning while off your game is an art, and it may well be that winning while off your game is even more difficult than it is most seasons.

A trip to Leicester City on a Saturday lunchtime was an obvious potential banana skin, and they’ve successfully negotiated it. With Leicester having got a little colour back into their cheeks, Brendan Rodgers will have fancied this one, and The King Power Stadium can be a noisy old place when their supporters are on it.

So for Manchester City to come away from it with all three points is an achievement. These are the matches that their rivals will not always win this season. Erling Haaland will be back, and the goals will start to flow again. That much feels certain. And for Manchester City to be coming away from poor games in his absence with all three points to go top of the table feels daunting for the rest of the division.