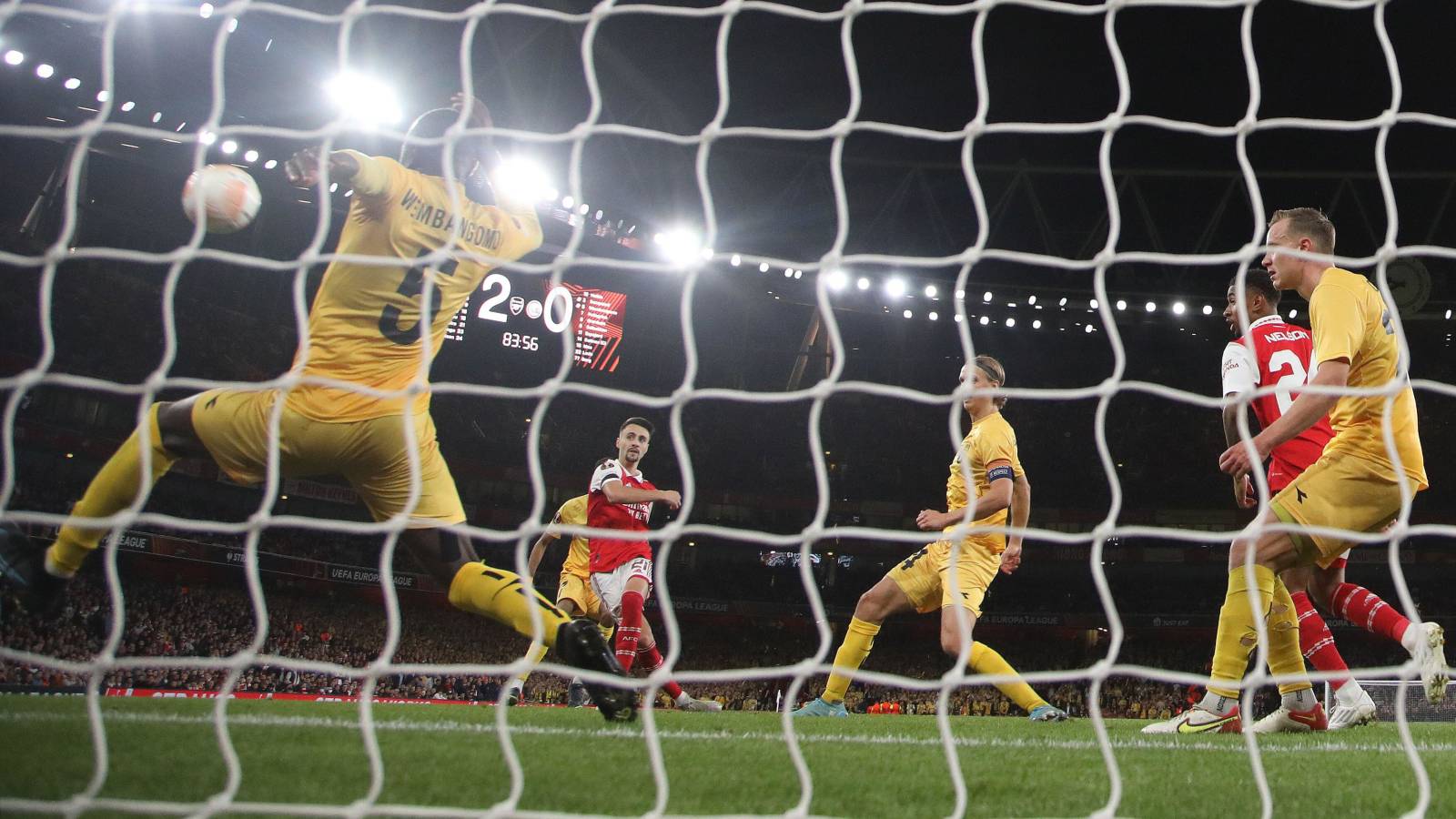 Arsenal’s fringe players had a lovely old time dispatching Bodo/Glimt in the Europa League on Thursday. It really does all feel quite special.

For Arsenal right now, everything seems to be coming easy. Every player Mikel Arteta gave a chance tonight took it. Every first-teamer he retained did their job. Even most of those who were rested came on for a nice kickabout with the boys in the latter stages, most notably Gabriel Jesus who danced his way absurdly on the byline to create the Gunners’ third goal of this Europa League cruise for the irrepressible Fabio Vieira.

There’s generally a sense in Europa League group games that you’re only going to get any attention at all if things go awry or at least look for a while like they might. Win easily, and people just shrug it off. But Arsenal had to be this good to make this look so easy. Bodo/Glimt are a good side and very easy on the eye, as they showed in patches during the second half and often during last season’s Conference League exploits. They weren’t well beaten here because they’re generic (if unusually punctuated) Europa League group-stage fodder; they were well beaten because Arsenal are playing absurdly well right now.

A couple of current fringe players who’ve been around Arsenal in the darker times combined for the first goal as Kieran Tierney’s well-struck shot cannoned back off the upright and was smartly converted by the oncoming Eddie Nketiah, who made a tough chance look deceptively easy. The second goal was another one for the reserves as Rob Holding placed a header right inside the post from a Fabio Vieira cross that almost insisted upon such a finish.

Vieira was probably Arsenal’s biggest winner on a thoroughly enjoyable night. That cross, so delicious it must surely be fattening, was the obvious highlight but was just one of many clips for the reel. His late third goal was richly deserved even if the smartness of the finish was once again overshadowed by the brilliance of the assist.

Really, it was a night that couldn’t have gone any better for Mikel Arteta and his squad. It was not an energy-sapping game, and it was most certainly one that kept the good times rolling ahead of a weekend showdown with a slightly misfiring and unusually vulnerable-looking Liverpool. A fixture that would in recent years have been approached with trepidation by Arsenal now looks like one ripe for sending a proper message about precisely where they – and by extension Liverpool – are currently at.

Above all this was a game that showed that Arsenal might have a bit more of a squad than people have assumed. Yes, there will be tougher games than this, but riding the two-games-a-week wave until mid-November is already looking wearisome for plenty of other English clubs in Europe but Arsenal look fresh as daisies and relishing every chance. The effervescence of the first-choice players in their late cameos from the bench was notable.

Even Bodo/Glimt’s second-half improvement drew positives for Arteta. Matt Turner was impressive in goal, while the Holding had a genuinely excellent game at the back. Poor old Gabriel Margalaes once again found himself outplayed by his central-defensive partner. That’s a negative, in a way, isn’t it? Problems mounting for Arteta there.

We’re all familiar enough with the Great Circle of Arsenal to now how quickly and dramatically the narrative and mood around this club can shift – and even in their current funk Liverpool remain a side capable of moving the wheel – but this really is starting to feel like something quite special.

If absolutely nothing else, Arsenal clearly have a huge chance of improving what is for a club of their stature a pretty disappointing European trophy haul. There is no team better than Arsenal in the Europa League right now, and that will probably remain the case after the Champions League dropouts turn up next year.