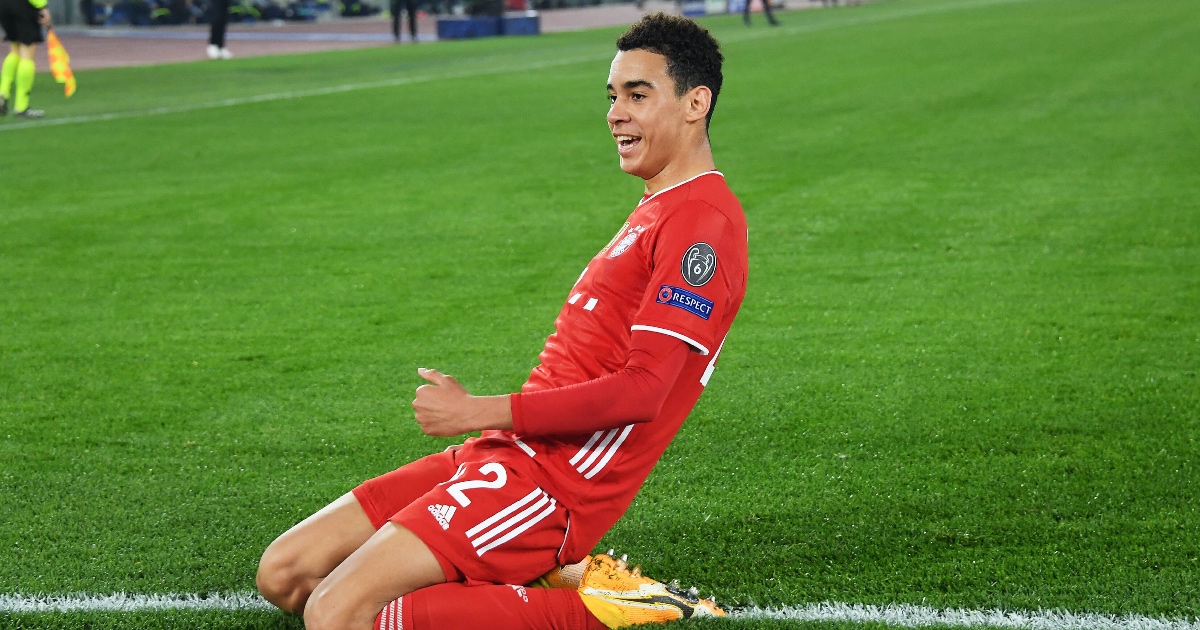 “In the end, I just listened to the feeling that over a long period of time kept telling me that it was the right decision to play for Germany, the land I was born in. Still, it wasn’t an easy decision for me.”

Born in Stuttgart in 2003, Jamal Musiala moved to England with his German mother and British-Nigerian father in 2010, where he stayed for a decade, playing for the Chelsea academy and representing the England youth teams from the age of 14. He became the youngest player ever to represent Bayern in the Bundesliga in June 2020 – at 17 years and 115 days – having swapped London for Munich the year before.

At 8.24pm on Tuesday he became the youngest Englishman to score in the Champions League and the second-youngest player ever in the knockout stages. At 11pm the BBC published an article asking ‘Who will win international battle for Bayern youngster?’, unaware that the decision had already been made privately ahead of the public declaration on Wednesday morning.

What a finish from 17-year-old Jamal Musiala for Bayern! 🎯

With Musiala representing England at Under-21 level as recently as November and the playmaker himself admitting that “England is home”, his decision to opt for Germany comes as a bit of a surprise and possibly a bit of a kick in the teeth for those that have worked with him throughout his time in the Three Lions youth setup.

But as Musiala explained, it was a choice made more for sporting reasons rather than greater emotional ties to one nation over the other.

“I have a heart for Germany and a heart for England. Both hearts will keep on beating,” Musiala told The Athletic. “I’ve thought about this question a lot,” he says. “What is best for my future? Where do I have more chances to play?”

And this should be seen as a positive for England, who have enviously endured the likes of Mesut Ozil, Mario Gotze and Julian Draxler shining in the number ten role for Germany in major tournaments for over a decade with little to offer up in comparison, but now have a wealth of talented playmakers amid a relative dearth at Joachim Low’s disposal.

After meeting Musiala in January – aided by the sweet nothings whispered in his ear by Bayern Munich teammates such as Joshua Kimmich and Serge Gnabry – Low persuaded the teenager of the clear pathway to a number ten role in the German national team.

While England have Mason Mount, Jack Grealish, James Maddison and Phil Foden to call on as incredibly strong options to open up opposition defences from that attacking midfield role, representing quite the block for Musiala to star for England, Germany have an unhealthy lack of such players.

Born in Germany, made in England, with his heart split evenly between the two, this was a decision made with his head that could come back to haunt the nation he snubbed, but is also a clear indication of that nation’s growing standing as an attacking force among Europe’s elite.