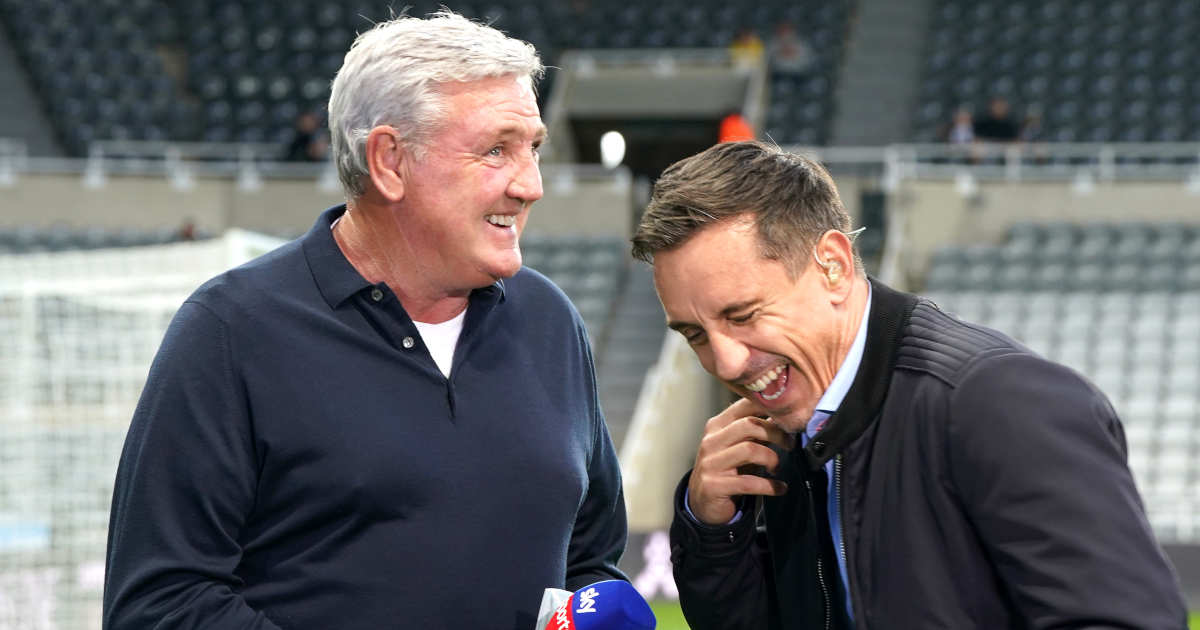 Steve Bruce has finally left Newcastle United, but there’s a sadness in his comments upon leaving that exposes something cruel at football’s heart.

So farewell then, Steve Bruce. The murder-mystery writing, formerly centre-forward-bashing Newcastle United manager has finally departed his position at St James’ Park, and the full spectrum of emotions have been on display since the announcement was made, from outright ridicule to a degree of sadness that someone with vast experience of the professional game had become something of a laughing stock.

But in the slew of comment and cry-laughing emojis that have been sweeping around social media, one comment, made by Bruce to the Daily Telegraph’s Luke Edwards, stood out more than any other.

“I think it might be my last job. It has been very, very tough. To never really be wanted, to feel that people wanted me to fail & saying I would fail, that I was useless, a fat waste of space, a tactically inept cabbage head.”

We have a tendency to forget that there are human beings at the end of the banter and the trolling, and there is something fundamentally affecting about Bruce’s comments. Much as some will focus on his use of the latter part of that quote, it’s what precedes it that shines a light on the cruelty of modern football discourse, so let’s just isolate that for a moment:

“To never really be wanted, to feel that people wanted me to fail & saying I would fail, that I was useless, a fat waste of space.”

Anyone who considers ‘cry more’ – a phrase which originated in the vile world of online gaming and which was subsequently lifted by the American political far-right – to be a valid response to just about any expression of complaint is unlikely to be swayed by an appeal to humanity, but the rest of us can surely see the issue here.

What, exactly, is the crime that has been committed by Steve Bruce that leads people to such language and behaviour? That he wasn’t the manager who could deliver the trophies that some people’s over-inflated sense of entitlement felt they somehow ‘deserved’? That the football wasn’t ‘attractive’ enough for them? That he earns ‘too much’ money, or a belief that the pay-off he’s receiving means that he’s somehow immune to the effects of verbal abuse?

It doesn’t have to be this way, and one particular comment on Twitter from Newcastle forward Allan Saint-Maximin demonstrated that there can be a different way of talking about people who work in football:

“You are, without a doubt, one of the most gentle people that I have ever met in the world of football. You have been a man of your word, a caring man and a fair man who never hesitated to protect us. I will never forget how you treated me, for that I will be forever grateful.”

No-one made Saint-Maximin say that. He could have stayed silent on the subject, as most players do when a manager loses his job, or – if he wanted to be a post-modern edgelord about it and pick up some cheap brownie points with Newcastle’s own fans – he could have added to the cesspit of snark that passes for Football Twitter. But he didn’t. He spoke in a heartfelt way about someone who has clearly had a very positive impact upon him.

As for Newcastle, well, Ashley has gone and Bruce has gone. If nothing else, the time for complaining is definitely over. Paolo Fonseca, formerly of Porto and Roma (amongst others), is the odds-on favourite to get the job next, with the price against former favourite Eddie Howe having shortened and then lengthened back out again. Other names to have been connected with the job include Lucien Favre (the second favourite), Roberto Martinez (who hasn’t managed in club football since 2016), and Frank Lampard.

Fonseca will, of course, have his hands tied in terms of recruitment until the new year because of transfer windows, and when the January window does open, Newcastle are likely to find that they will be only be able to get hold of players at absolute premium prices, if at all. With all the unhappiness that has been swimming around the Premier League recently, it’s difficult to imagine many other Premier League clubs wanting to have much to do with them in the transfer market, and that’s before we take into account any legal action which may be about to begin. Newcastle may have to do at least a proportion of their January shopping abroad.

As for Steve Bruce, well, it may be that this is the last that we see of him, after a career in the game that spans more than four decades. He played more than 700 club matches and is a strong shout for the best qualifying player never to have been capped by England. Over the course of a 22-year-long managerial career – an unbelievably stressful profession – he has managed 10 different clubs, and won promotion to the Premier League four times with two different clubs. Although it was joked about a bit last week, his admission into football management’s ‘1000 club’ puts him in some pretty esteemed company.

Steve Bruce isn’t perfect. Indeed, it might be argued that he hasn’t had a particularly successful managerial career, and he stayed too long in the Premier League, where his style of football had become dated and – more importantly – unsuccessful. But there is a reason why he’s found gainful employment as a manager for more than 20 years, and it’s nothing to do with the number of contacts he has; football clubs are ruthless when it comes to managers, which makes it all the stranger when clubs appoint them on sentimental grounds. Bruce was hired over and over again because he was a good manager.

And with a career that spans more than 1,700 matches as a player and a manager, perhaps subjective, circular arguments over whether he was ‘any good’ are irrelevant. Perhaps there’s nothing wrong with showing a little bit of respect, no matter how much of a figure of fun he became, and perhaps we should all think a little more about the abuse that we throw so casually at managers and players.

No-one will, of course. The banterladz will continue to believe that they live ‘rent-free’ in people’s heads, the fully grown adult with no social skills will continue to tell people to ‘cry more’, because those are the only terms in which they can perceive the world. Football’s essential cruelty will remain, because football is ultimately no more than a reflection of a society that has become crueller and crueller, a society which believes that people deserve abuse for not being quite as good at their jobs as you demand them to be.