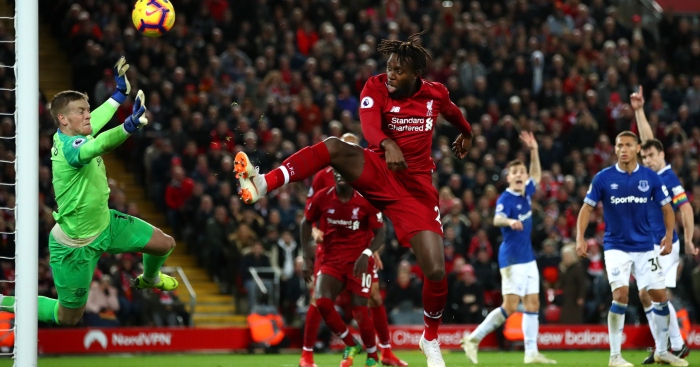 Liverpool striker Divock Origi is hoping he can have “positive” talks over a new contract at the club.

Origi was one of the Reds’ heroes after he scored their second goal as they beat Tottenham 2-0 to lift the Champions League trophy.

The Daily Mirror claimed on Tuesday that Liverpool are ‘increasingly confident’ that Origi will join other players in committing their future to the club.

There had been questions marks over the Belgium international’s future after only making 20 appearances in all competitions this term.

However, his crucial goals in the Champions League semi-final and final in the second half of the campaign have reportedly ‘impressed’ Jurgen Klopp and ‘persuaded’ him that Origi can play a ‘bigger role going forward’.

“The next few weeks we’ll have to sit down and see what the future holds,” Origi said during international duty with Belgium.

“For now I just want to focus on these last few games [with Belgium] and then see after that.