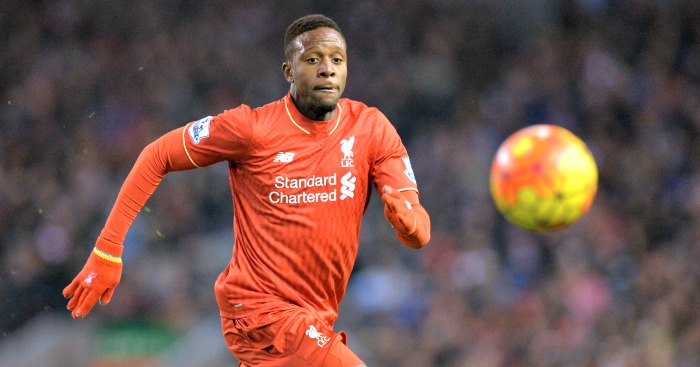 Divock Origi has explained his decision to turn down Manchester United before joining Liverpool.

The Belgium striker, who signed for Liverpool from Lille in July 2014 for £10million, has revealed how Old Trafford scouts came knocking while he was a youngster with Genk.

As a teenager he was allowed to make his own decision on his future and after turning down the advances of Sir Alex Ferguson the Ostend-born forward says he has “no regrets”.

“I came back from school and my father and mother sat down and I saw them discussing and I knew they had a way that they wanted things to go but they told me I could choose,” said the 20-year-old.

“For a parents to say this to a child at 15… I had a day of thinking and for me the most logical option was Lille. It was a good choice.

“I think it was just the decision of my heart. I saw Eden Hazard come through and these other players there like Gervinho and Joe Cole. I thought I’d have the chance to go through there.

“I didn’t have anything against Manchester United or any team. My dream was to play in the Premier League one day but my heart said that I had to go through at Lille.”

Orgii had spent almost nine years in the youth ranks of the Belgian side before he opted to head for Ligue 1 with Lille, but the next time an English club came in pursuit of his services Origi jumped at the chance to join Liverpool, even though being loaned back to Lille for a year was frustrating.

Jurgen Klopp’s Borussia Dortmund were among several other clubs chasing the striker.

“To be honest, I knew Dortmund were interested but I was more focused on Liverpool at the time as they were very keen on having me and my choice was made,” added Origi.

“As a club I saw that it is a very ambitious club, a warm club and more like a family. I learned about the values of the club – it likes to fight for what they want and believe in.

“I am at the right place, I just hope everything goes okay and I have the right mentality.

“I try to be as normal as I can. My dad told me that you have to respect yourself and give everything on the pitch but off the pitch it is very important to keep your values.

“I am a religious person so that helps me and those are things that are very important because in this type of environment you can lose your head very quickly.

“Things went so quickly from being a sub in Lille to being a regular to scoring in the World Cup to signing for Liverpool. I had some ups and downs but I have learned a lot and it is down to my family and my father.

“Going back to Lille wasn’t easy because when you sign for a club (Liverpool) you want to play for them.

“So I learnt a lot of things. You never know what would have happened if I signed here at Liverpool and played immediately, but I never regret and it made me stronger and the player I am today and for the future.”

Origi, who has scored five goals in 22 appearances this season, including a hat-trick against Southampton in the League Cup, was signed by Brendan Rodgers but he is grateful to Klopp for showing faith in him and putting him into the first team.

“I think he believes in the group in general,” added Origi. “He gives me chances and I try to maximise every time I get and he tries to help me every way he can.

“He has a lot of experience working with young players and I try to use that to improve also.”