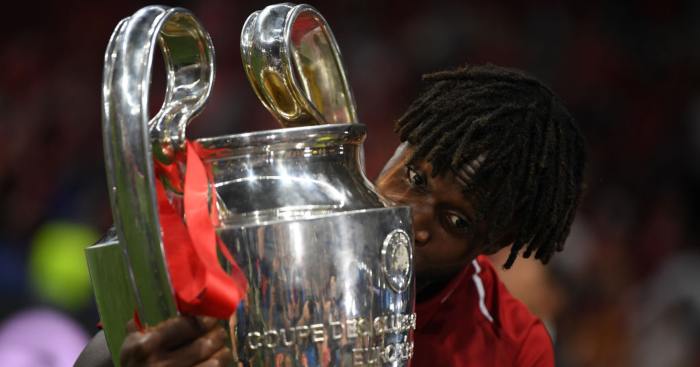 Divock Origi has committed his future to Liverpool after signing a new long-term contract.

The Belgium international had entered the final 12 months of his old deal and was stalling on the offer of a new one because of concerns over playing time.

Last season Origi earned himself cult-hero status with a stoppage-time derby winner against Everton before scoring twice in the 4-0 Champions League semi-final second leg success over Barcelona and then again in the final victory over Tottenham in Madrid.

PA understands there is no release clause in the contract, something which had been rumoured as being under consideration by the Belgian, and the club take this as a sign of his long-term commitment.

“I’m very happy to be able to sign this contract and it gives you a boost at the beginning of the season, as well as the end of the season last year,” Origi told Liverpool‘s website.

“When we had to make the decision I just wanted to speak with the club first and my entourage, but the feeling was always that I wanted to stay and extend my contract.

“It’s an amazing club, we have a good group, the staff are amazing. Even coming into Melwood, the people that work here and everything, you feel there is something special going on here.”

“We wanted to sign him again, to extend the contract, and the nice thing is he wanted to as well. He realised it was a tough time (but) we never gave him up in that time, (we never said) ‘OK, that will never work again’, but sometimes in football you don’t have enough time.

“Thankfully we had enough time that we could kind of wait until he is ready again. Now he is this wonderful player again so it’s great to have him and I’m really, really happy about the signing.”

Origi is expected to feature in Liverpool’s first pre-season friendly against Tranmere on Thursday.

He added: “(I want) to keep progressing and trying to maximise the potential and talent I have each and every day.

“At the end of my career I want to sit back and be proud that I used all of my gifts and talents.

“I think the next years are going to be very special – prime years, maybe – and I’m going to try to use them to the fullest.”