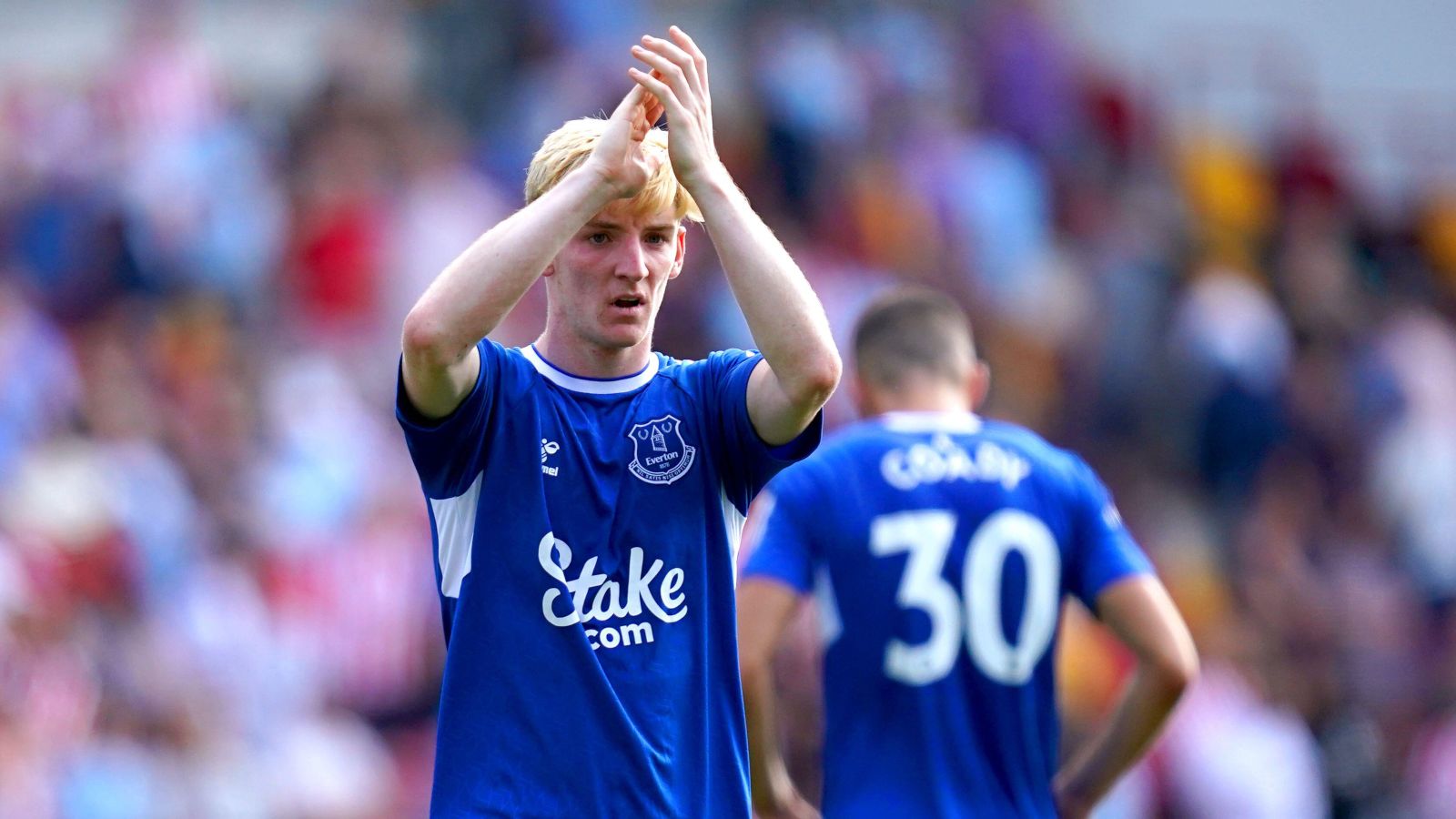 And the Blues are expected to tie up more transfers before the end of the window on Thursday with rumours about defenders, midfielders, wingers and strikers.

One player who has been consistently linked over the past few weeks is Everton youngster Gordon with Chelsea having a £45m bid rejected for the England under-21 international.

Since then, there have been reports that the west Londoners are prepared to pay as much as £60m to land the starlet, with many pundits and former players raising their eyebrows at the huge fee.

But now The Athletic‘s Ornstein claims the chances of Gordon moving to Stamford Bridge are ‘now thought to be slim’ with a ‘substantial gulf in valuation between the negotiating clubs’.

And a deal for Pierre-Emerick Aubameyang could now be off too with Chelsea understood to be ‘having second thoughts’ over their move for the Gabon international.

Ornstein insists that Chelsea ‘have not yet reached an agreement with Barcelona or personal terms with the player’ despite making a £15m offer earlier in August.

And Ornstein outlines the main stumbling blocks, he adds: ‘There is a question mark over the value of the proposed deal given Aubameyang is 33 and will expect a high salary, which Chelsea would want to include performance incentives.’

Former Crystal Palace chairman Simon Jordan claimed last week that a deal for Gordon at £60m would’ve been “ridiculous” anyway but it sounds like Everton want even more.

Jordan told talkSPORT: “It is getting into the territory of significant levels of money, which make it almost ridiculous.

“This player is not a £60m footballer. If you are going to get £60m for him and you’d going to make Chelsea pay it on the money, on the nail, without paying it on the drip, which they tend to do as a matter of course, then bang you’ve got come power to be able to go out there yourself.

“It doesn’t need to burn a hole in their pocket, so everyone can take it off them with inflated prices for anyone they want to buy, but they need to get the deal done. And if the player wants to go, let him go.”