Home Chelsea Ornstein: Chelsea told to up Cucurella bid but ‘optimistic’ they can beat Man Utd to De Jong 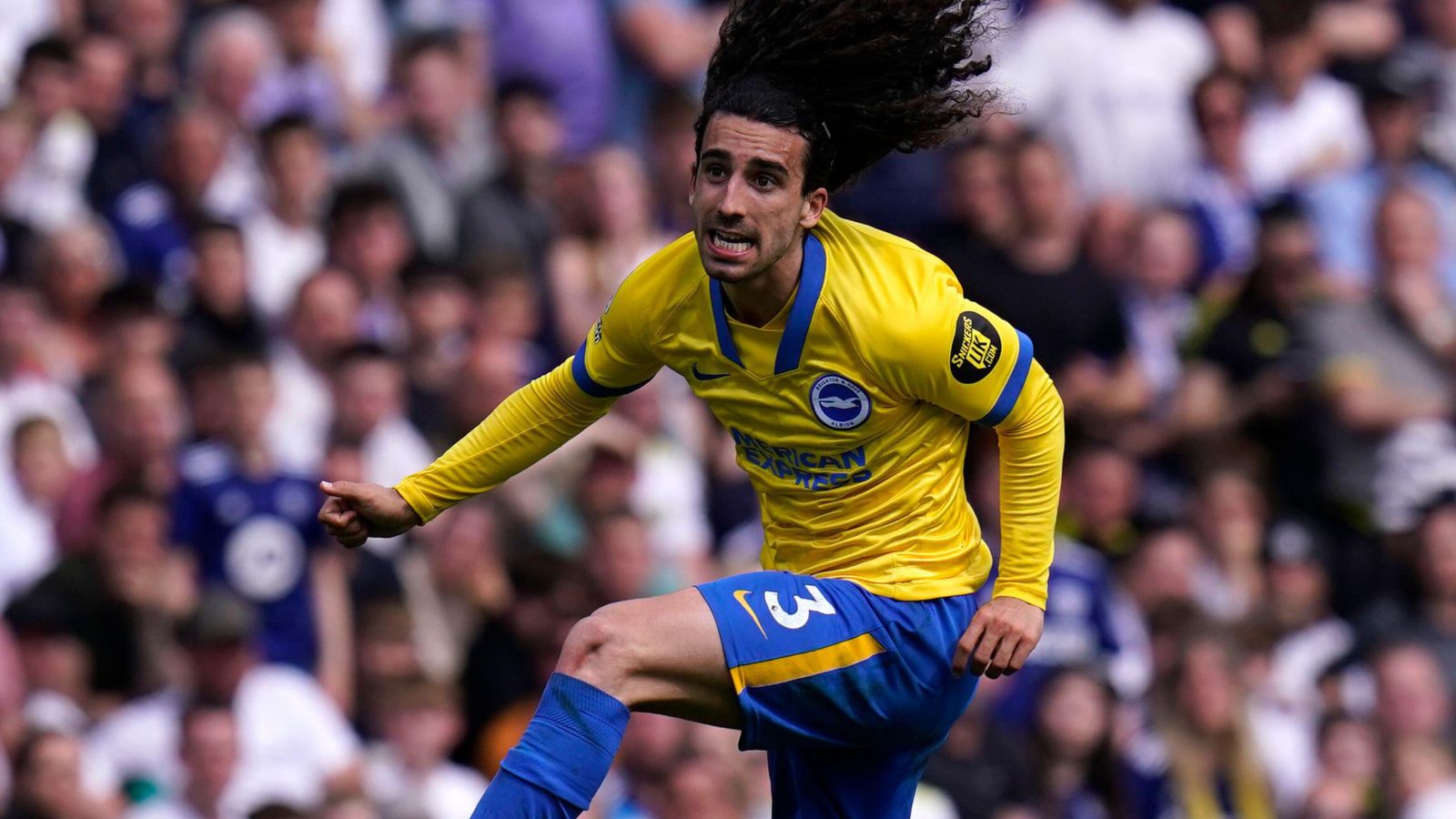 Chelsea are looking to beat Manchester United to Frenkie de Jong as they are told their bid for Marc Cucurella is not enough, according to The Athletic journalist David Ornstein.

The Blues have completed the signings of Raheem Sterling from Man City, Kalidou Koulibaly from Napoli and young goalkeeper Gabriel Slonina from Chicago Fire this summer.

And Chelsea announced yesterday that they had agreed a fee for Aston Villa starlet Carney Chukwuemeka but the deal has not been officially completed yet.

After losing Antonio Rudiger and Andreas Christensen on free transfers this summer, Thomas Tuchel is still looking to sign at least one more centre-back with Leicester City’s Wesley Fofana emerging as a top target.

But concentration has also turned to improving other parts of their team with Ornstein claiming Chelsea’s bid for Brighton left-back Cucurella is ‘in excess of £50m’.

The transfer could take a bit longer to push through, though, as the Seagulls ‘have not accepted the bid for Cucurella as they seek a higher fee and a replacement.’

Chelsea defender Levi Colwill is Brighton’s ‘preferred candidate’ to come in for the Spain international ‘in what would likely be a separate transaction’.

The Blues have already agreed personal terms with Cucurella and they are confident a transfer ‘will be completed following negotiations on Tuesday night’.

There have been lots of rumours that Chelsea will also rival Man Utd for their long-term target De Jong despite a report yesterday insisting that the Red Devils ‘know they are favourites’ for the Dutchman.

The main stumbling block for any deal this summer seems to be De Jong’s dispute with Barcelona over £17m worth of deferred wages and bonuses owed to him from the height of the Covid-19 pandemic.

De Jong is understood to be determined to sort that before deciding his next step despite reports he would rather stay at Barcelona anyway.

And Ornstein adds that Chelsea are ‘hoping to beat’ Man Utd to the signing of De Jong this summer with the Blues recruitment team ‘speaking to Barcelona about the 25-year-old and are optimistic of striking a deal’.

It has been claimed in widespread reports that United reached a broad agreement with Barcelona a couple of weeks ago in a deal worth €85m.

There has been other speculation suggesting that De Jong now ‘prefers’ a move to Chelsea over United due to their participation in the Champions League.