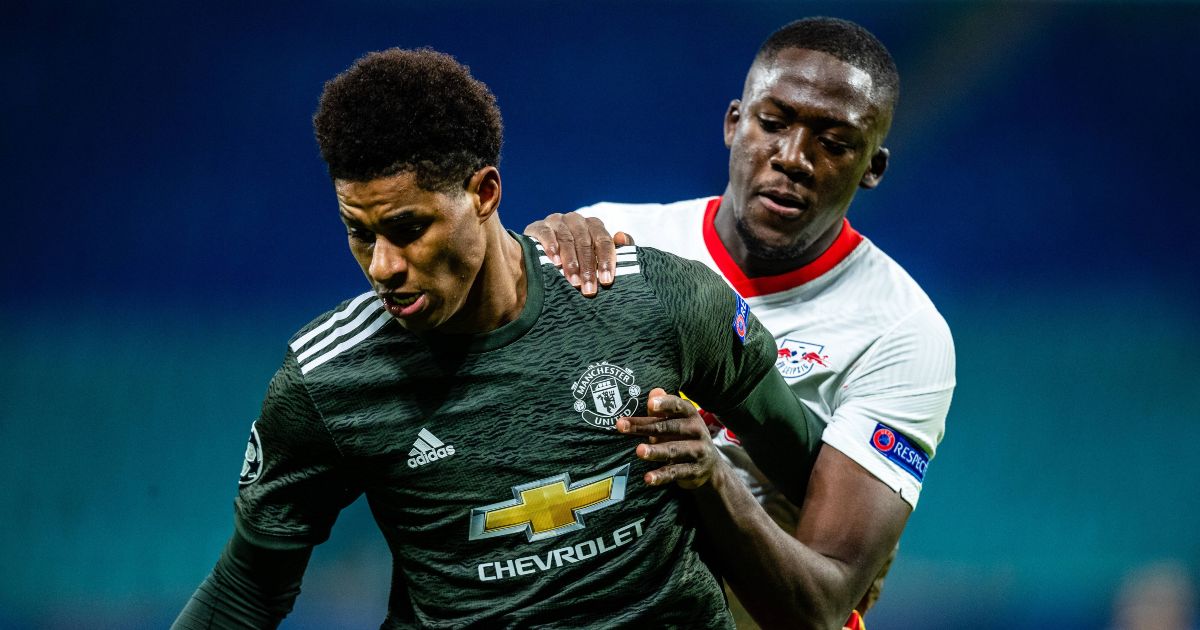 Liverpool are about to seal a €40m deal to bring RB Leipzig defender Ibrahima Konate to Merseyside this summer, according to journalist David Ornstein.

The Reds have had to contend with numerous injury problems at centre-back this campaign and Jurgen Klopp will be keen to avoid the same issues next term.

At times Fabinho and Jordan Henderson have had to fill in at the back with Ozan Kabak drafted in during the January transfer window to relieve some of the burden.

With injury-prone Joel Matip their only back-up in that position, Liverpool struggled when both Virgil van Dijk and Joe Gomez suffered long-term injuries in a short space of time.

And now it looks like Klopp has already moved to sign a new defender as he looks to improve his squad ahead of next season, with The Athletic journalist Ornstein claiming that Liverpool ‘are in the process of finalising a deal to bring’ Konate to Anfield from Leipzig.

Ornstein adds in The Athletic:

‘The situation is already said to be at an advanced stage and, if everything goes to plan, it would enable Konate to be added to Liverpool’s ranks at the soonest opportunity, which may prove all the more valuable for them in a summer featuring the delayed European Championship.

‘Although there is still work to be done and there are other suitors, sources in Germany indicate that Liverpool have made significant progress on a player seen as key to their recruitment plans.

‘With Leipzig under no pressure to sell, it is anticipated that any buyer will have to pay the 21-year-old’s release clause — thought to be around €40 million — rather than negotiating a lower price.

‘The Bundesliga side are believed to be aware of interest in Konate but, if Liverpool choose to activate the mechanism in his contract, then talks would not be needed between the two parties.’

And the report from Ornstein is backed up by Sport Bild journalist Christian Falk, who says Liverpool ‘are favourite on the transfer’ of Konate and confirmed that there is a release clause in his deal at Leipzig.

TRUE ✅ @LFC are favorite on the transfer of Ibrahima Konaté (21). The Player of @DieRotenBullen has a release clause @David_Ornstein