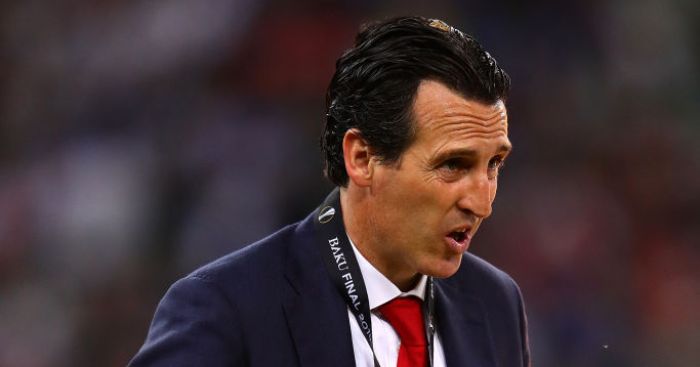 Arsenal have suffered setbacks in their pursuit of both Wilfried Zaha and Kieran Tierney.

The Gunners are yet to make a signing this summer, struggling with their restricted transfer budget.

An offer of £40m was lodged for Crystal Palace winger Zaha on Monday, but it appears to have done more damage than anything.

Palace, who can selfishly ask for whatever they like when it comes to their best player, have been left ‘incensed’ and ‘furious’ by the bid.

David Ornstein of BBC Sport says the offer ‘will not even be considered’ as Palace deem it ‘a ham-fisted attempt to destabilise’ the winger.

They ‘would expect a drastically higher fee’ than the £45m Manchester United parted with for Aaron Wan-Bissaka, owing to their respective levels of experience and importance.

And Palace would ‘reluctantly sanction’ Zaha’s departure if an acceptable offer was tabled, but Arsenal’s offer is not considered to be ‘credible’.

Palace believe Arsenal’s ‘method’ – with Zaha’s brother pleading for him to be allowed to leave soon after the bid was made public – to be ‘outdated and naive’.

Ornstein also revealed that Napoli are ‘edging ahead’ in the race to sign Tierney from Celtic.

It was claimed that Arsenal were preparing to increase their offer for the left-back to around £20m in an attempt to persuade Celtic to do business.

But the Scots could yet field interest from Napoli to try and drive the price up. Ornstein says there is a ‘deal still there to be done’ for Arsenal – although the likelihood of them signing Zaha without ‘major changes’ is minute.