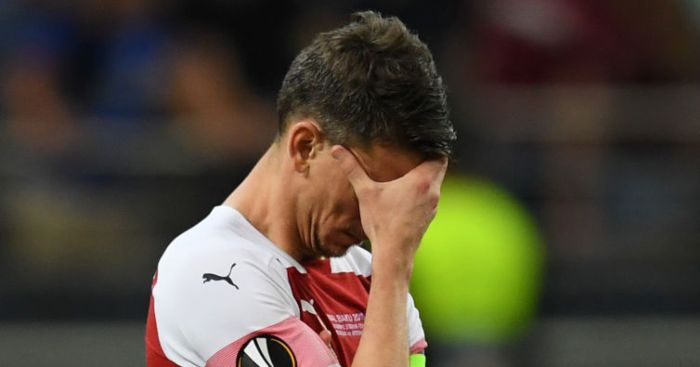 Laurent Koscielny asked to be released by Arsenal before refusing to go on their pre-season tour.

Arsenal stunned supporters by stating they were ‘very disappointed’ with Koscielny for ignoring their ‘clear instructions’ to join the squad in the United States this week.

The Gunners flew out to America without the club captain, who is believed to want to join Bordeaux on a three-year contract.

The Frenchman’s deal in north London does not expire until 2020, with Arsenal reluctant to let him leave before then.

But their hand could be forced by Koscielny’s surprising act of dissent, which he informed them of on Wednesday.

David Ornstein of BBC Sport said the two parties held ‘positive’ talks at the end of last season, but discussions appear to have broken down since Koscielny returned from holiday.

Arsenal/Koscielny talks late last season looked +ve. Back from break, asked for release, refused. Relayed tour decision Wed, confirmed @ Colney today. Flight 1230 without him. Not stripped of captaincy yet, must train or breach contract. #AFC have no offers, he does if free agent