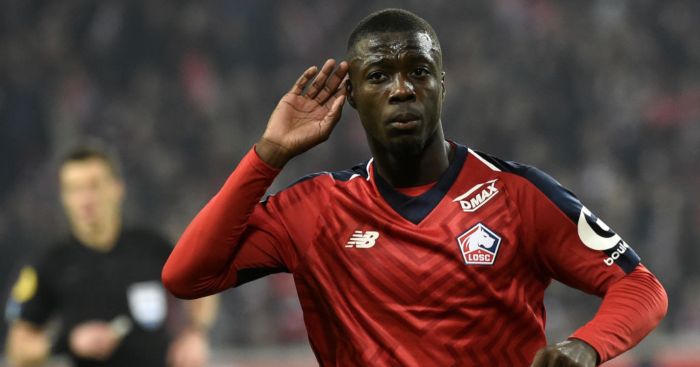 Arsenal are reported to have reached an agreement to sign Lille winger Nicolas Pepe for £72million.

BBC Sport correspondent and Arsenal MVP David Ornstein is claiming that a deal to take the Ivory Coast star to the Emirates should be completed this weekend once an agreement is reached with the player’s representatives.

Unai Emery has a limited budget but Ornstein reports that Lille have agreed to accept the fee in instalments to suit the Gunners.

Arsenal have reached an agreement with Lille to sign Ivory Coast winger Nicolas Pepe for ~€80m, paid by instalments to fit #AFC budget. 5yr deal, agent agreement still needed but set to be closed in next 24/48hrs. Napoli also have agreement with #LOSC but agent rejected proposal

Reports in France this week have named Arsenal as a possible destination for Pepe, with Manchester United, Liverpool and Inter Milan also said to have agreed terms with Lille.

Arsenal’s capture of Pepe would represent a huge coup for Emery, who has also completed the signings of Dani Ceballos and William Saliba this week.

Should Pepe complete a move, it would end Arsenal’s interest in Wilfried Zaha, leaving Everton and Chelsea to battle for the Crystal Palace star.