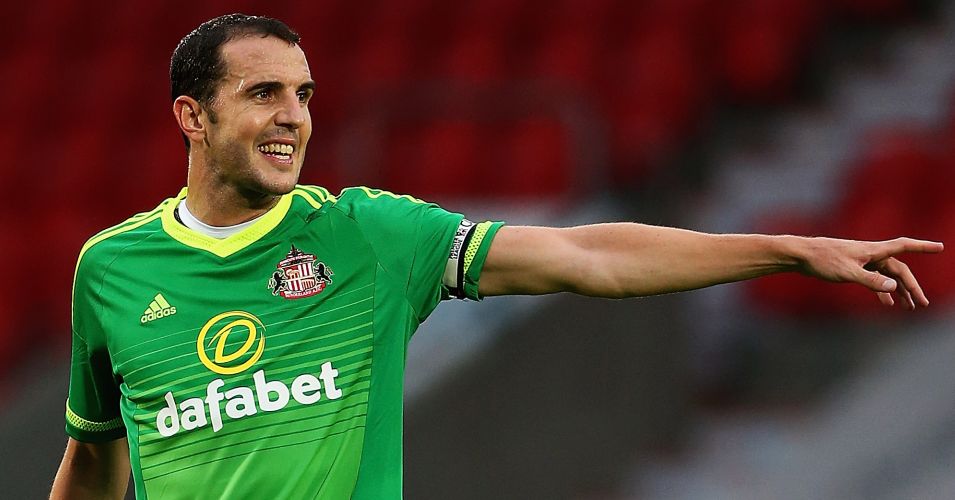 John O’Shea says learning how to play for points during his loan spell at Bournemouth was a crucial stage in his development ahead of a glittering career.

The then 18-year-old Manchester United defender was dispatched to Dean Court on a three-month loan deal in January 2000 at the start of a near 12-year spell at Old Trafford, which saw him win the Champions League, five league titles and both the FA Cup and League Cup, as he took an important step towards learning his trade.

On Saturday, the now Sunderland captain will return to face his former club in the Barclays Premier League thankful for the lessons he learned during his time in Dorset.

O’Shea told SAFSee: “It was a crucial stage for me because I was playing reserve team football at Manchester United and the manager felt that the rough and tumble of Division Two at the time, League One now, would have been ideal for me.

“I played a good few games under Mel Machin, who was the manager at Bournemouth and Sean O’Driscoll was the coach, the assistant manager at Liverpool now.

“They wanted to play football the right way, but also they made me understand how important it was playing for points. Playing for a team’s survival in leagues like that was a crucial development stage for me, and also playing with good, experienced players too, learning my craft. It was a great experience.”

Almost 16 years on, the now 34-year-old O’Shea will lock horns with the Cherries, who are playing top-flight football for the first time in their history, and he admits that was not a scenario he envisaged during his time at the club.

He said: “Honestly if you had asked me at the time, no. Obviously teams can develop, but at that time in terms of the stadium, the facilities around the place, you obviously wouldn’t have said that was a Premier League facility.

“But huge credit must go to the staff and the fans at the club at the time when they went through a couple of dodgy spells where it looked like they could have even folded.

“But they dug deep and they got together, and obviously Eddie Howe came back at a crucial stage for them and they started to get on a roll, and investors saw it as a good opportunity too and they got on board and they were able to go from strength to strength.

“It’s been an incredible turn-around in the space of time to be in the Premier League.”