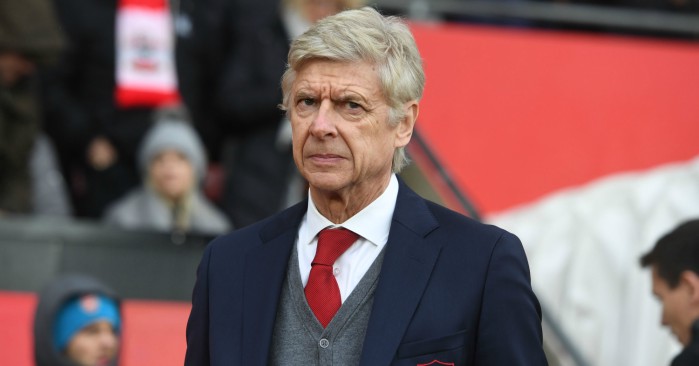 Ostersund defender Ronald Mukiibi hopes to get his opportunity to quiz Arsenal boss Arsene Wenger about some of his team selections when the mismatched clubs meet in the Europa League.

Monday’s draw paired the Premier League giants with Swedish side Ostersund, who former York defender Graham Potter has taken from the fourth division to the top-ranked Allsvenska in six years.

Mukiibi is a lifelong Arsenal fan and had admitted before the draw that a match-up with the Gunners in the last 32 of the continental competition would realise his “dream”.

However, the February trip to London might also offer the 26-year-old a chance to take the French manager to task over tactical choices Mukiibi has disagreed with.

He told Swedish newspaper Aftonbladet: “I want to exchange a few words with Wenger and ask him why he sets his team up as he does. That would be fun.

“I want to talk with him about why he makes certain decisions.

“Maybe we can talk about my own future during the conversation? If I have a good match then…”

Mukiibi is not on the side of those who might prefer Wenger called time on his long career in London, though, adding: “No, he can stay. But I still need to talk to him about those starting line-ups.”

Recalling how he felt as he watched the draw unfold, the Swede said: “I started laughing to myself. I sent messages to the guys while just yelling out. It’s sick.

“We will play the team I’ve followed for my whole life. Who could have predicted it?

“It’s a dream. It’s about hitting your targets as a football player.

“I had hoped to play for Arsenal at the Emirates, but now I can play against them in the same stadium. Life works in mysterious ways.”

Mukiibi is confident Ostersund’s English boss Potter, who has earned comparisons with Roy Hodgson based on their similar experiences of success in Scandinavia, can find chinks in Arsenal’s armour ahead of the first leg in Sweden on February 15 and then in London a week later.

“We are going there to try and win the match and to enjoy the experience,” added the defender. “We’ve achieved this for Ostersund and for all of Sweden.

“I don’t even want to take a break over the winter – I want to work out all the time!

“In my opinion we’re facing one of the best teams in the world, but we’ve played our best matches against the strongest opposition.

“Graham Potter can probably find some weaknesses in Arsenal and at home we are strong.”