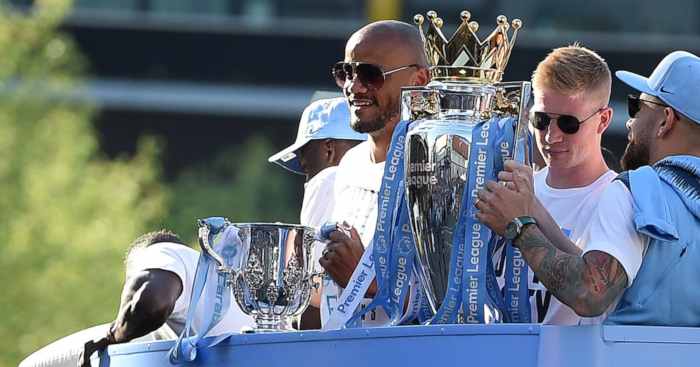 What a wonderful, mad, beautiful season it has been. We’ve just witnessed the final act of a truly mind-boggling campaign in the Premier League. A season that in truth – Manchester United fans notwithstanding – no-one really wanted to end. But end it did and after the high octane drama of the past few weeks there’s something of an ‘After the Lord Mayor’s show’ feel to Saturday’s Cup final between Manchester City and Watford.

The bookies fancy it to be a procession with the reigning English champions 1/5 favourites or thereabouts to win in 90 minutes. You can’t really grumble with the price either given the fact Watford have lost their last 10 matches against Manchester City in all competitions, shipping a whopping 32 goals in those games.

Pep Guardiola’s side are aiming to win the famous trophy for a sixth time while the Hornets will be going for their maiden success in the competition. However there’s a glimmer of hope for Watford fans to cling onto. The last time Manchester City were red-hot favourites in an FA Cup final they were duly turned over 1-0 by Wigan in 2013. It’s been such a madcap campaign can we honestly rule Watford out here? I fancy them to score at least.

Gerard Deulofeu is Watford’s top scorer in all competitions this season with 12. Nine of those 12 goals this season have come in his last 13 games, with the Spaniard scoring Watford’s winner in their balls-to-the-wall semi victory against Wolves.

Deulofeu picked up a dead leg last weekend but is said to be winning his fitness battle and he’s the one who can do it on the big stage. He’s 5/1 to score anytime and that looks big given his recent hot streak and the fact he’s a bit of a baller.

Bizarre but true. This will be the first FA Cup final between two managers of the same nationality since 2008 (Dave Jones and ‘Arry Redders). It’s a big game for Javi Gracia and of course Guardiola, who can create history as the first boss to win a domestic treble in England.

City’s excellence this season cannot be denied. After their title procession of 2017/18 they were pushed all the way by a brilliant Liverpool side this time around, but they pulled it out of the fire after Christmas by winning 14 games off the belt. As a side they have an answer for everything (except VAR it would seem). Playing the ball out from the back, often bombing on with inverted full-backs, their slick passing and effervescent movement is a joy to behold.

To be fair they’ve had an easy run to Wembley – Brighton and Burnley being the only top flight teams they’ve faced. Swansea gave them a real argument in the quarter-finals but they came through that gut check to win 3-2.

Make no mistake about it Guardiola, the obsessive old genius that he is, will be eager to win world football’s oldest knockout competition for the first time. And his relentless hunger for success can see City lift the Cup on Saturday evening, but Watford can at least make them roll their sleeves up for their historic treble.