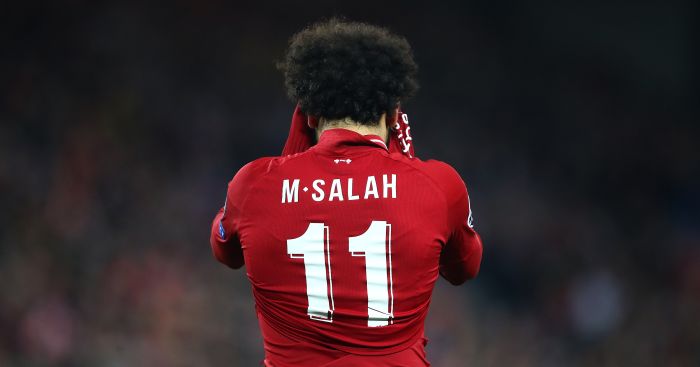 Leicester City v Newcastle United
Leicester’s decision to hire Brendan Rodgers is paying off big time and they notched their fifth win in six matches last weekend when they saw off Huddersfield Town. He may have a chin like a budgie’s watering dish. He may even, as the banners suggest, have traded immortality for mediocrity. But what’s not in doubt is his ability to manage football teams effectively. That said, two Leicester clean sheets in their last ten matches suggests there could be goals at the King Power.
Betting: Leicester City to win & both teams to score at 11/4 (888 Sport)

Tottenham v Huddersfield Town
Spurs are two from two at their new stadium and should run through Huddersfield like a hot knife through butter. Speaking truthfully, the Terriers have been a real shower of s**t this season. Relegated with six games still to play? What’s that all about? Indeed I’m willing to have a nice few quid on in the summer that they don’t come straight back up either. Spurs to win this doing handstands.
Betting: Fernando Llorente to score first at 15/4 (bet365)

Brighton v Bournemouth
Brighton are winless in four in all competitions, while Bournemouth are meandering towards an ignominious end to the season. The Cherries have actually won just one of their last 11 away games. This is just too close to call. Even for a flamboyant show pony such as myself. Stay well clear.
Betting: Crosshue Boy to win the Scottish Grand National at 11/1 (888 Sport)

Burnley v Cardiff City
It’s going to take a miracle for Cardiff to stay up but they’ve put in some quality performances recently against the likes of Chelsea and Manchester City and look big value here against Burnley. Look for old Neil Warnock – him with the sarcastic eyeballs – to be aggressively fist pumping near the away end around 4:50pm this Saturday.
Betting: Cardiff City to win at 10/3 (Paddy Power)

Fulham v Everton
The Toffees seem to have turned a corner under Marco Silva with three straight wins to nil and they should have few problems seeing off already-relegated Fulham. This isn’t just any old Fulham though. This is an already-relegated Fulham who’ve shipped a incredible 76 Premier League goals this season. Mind blown.
Betting: Everton to win at 3/4 (bet365)

Southampton v Wolves
Wolves snatched defeat from the jaws of victory at Wembley last Sunday and could still be suffering from an FA Cup hangover when they head to St Mary’s. The Saints have collected nine points from their last five matches and look a punt at odds against, despite the fact Wolves have won their last four against them in all competitions.
Betting: Southampton to win at 6/4 (Paddy Power)

Manchester United v West Ham
Manchester United look very short at around the 2/5 mark here, especially with a Champions League quarter-final second leg against Barcelona to follow just three days later. It’s safe to say the honeymoon period is definitely over for OGS. And if the losses continue to pile up they’ll soon by watching TV in different rooms and sleeping in different beds. Feeling cold and indifferent about each other while eating ASDA ready meals and wondering how it’s all gone so f**king horribly wrong. I digress. The Red Devils have also conceded in each of their last six games and could drop more points here.
Betting: Draw or West Ham – Double Result at 21/10 (888)

Crystal Palace v Manchester City
Pep Guardiola is sure to shuffle his pack here with that Champions League return against Tottenham in mind. Ergo, I can’t get excited about the away win at such short odds. I do however envisage big Vince Kompany, with his head like a cement mixer, ramming home a bullet header early doors.
Betting: Kompany to score first at 33/1 (bet365)

Liverpool v Chelsea
The last three Premier League meetings at Anfield between these teams have all ended 1-1. But this fixture is about much more than silly stats. Rewind almost five years and the Reds played host to Chelsea with three games to go, knowing a win would have left them six points clear and within touching distance of a first league title since 1990. A Stevie Gerrard slip ultimately triggered a 2-0 defeat though and their whole world crumbled around them. They went on to lose the title. So it’s revenge or repeat this season, but my hunch is that Liverpool are made of sterner stuff this time round. Mo Salah, who has had his critics this season, continues to ram them home and he’s the most likely first scorer at Anfield.
Betting: Salah to score first at 7/2 (Paddy Power)