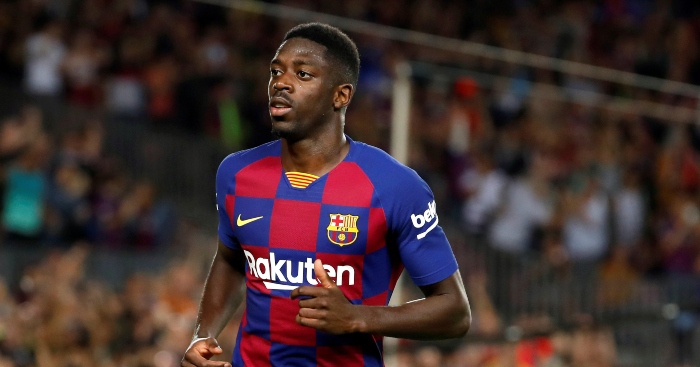 Ousmane Dembele will not leave Barcelona this summer despite reported interest from Liverpool, according to his agent.

It was claimed earlier this week that Liverpool had made an offer to loan Dembele for a season with a view to making the deal permanent.

But the player’s agent, Moussa Sissoko (no, not that one) has moved to quell the speculation, telling French newspaper L’Equipe: “I don’t expect Dembele to leave Barcelona this summer.”

The 23-year-old has struggled with injuries this season, making just nine appearances for the Spanish club.

He has struggled to settle in any sense since joining from Borussia Dortmund for an initial £96.8m in summer 2017, with the clauses involved in a potential £135.5m deal not likely to ever be met.

Dembele’s debut season, in which he scored four times and assisted nine goals in 24 appearances, was also blighted by a hamstring problem.

He played more regularly but was still sidelined with a number of different issues in 2018/19, managing nevertheless to score 14 goals and assist nine again in 42 games.

But he has fallen off considerably since and is now considered little more than collateral in possible swap deals.

Barcelona have led the way in terms of openly discussing player exchanges in a stunted transfer window, with vice-president Jordi Cardoner suggesting that “now is the time to be creative”.

“It will be part of the game,” he added. “This is the way things will happen for next season in European clubs.”