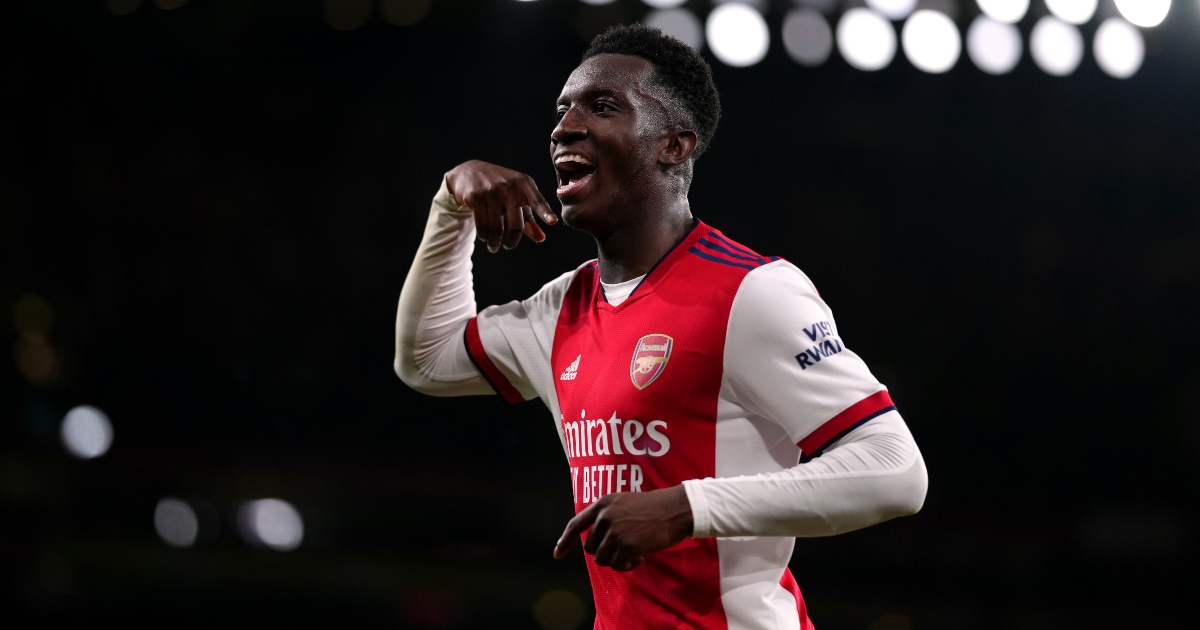 The former Leeds loanee will become a free agent in the summer if he does not sign a new deal at the Emirates.

Nketiah was close to joining Crystal Palace in the summer transfer window, but a deal fell through due to apparent disagreements in agent fees and personal terms.

It has been widely reported the striker will leave at the end of his deal, with Arsenal still eager to extend his stay in north London.

According to Sky Sports, the club’s hierarchy have offered Nketiah a fresh deal, which the 22-year-old has turned down.

The report adds that the player’s motivation is not money, but his lack of first-team opportunities.

Arsenal boss Mikel Arteta has voiced his desire for Nketiah to sign a contract extension, despite his limited minutes this term.

“We had a situation in the summer that we tried to resolve and we couldn’t either way,” Arteta said in October.

“That contract situation is more and more common in football for where we are coming from with Covid and a lot of the issues that we have to resolve.

“I have full belief that he is going to be a top, top player and hopefully at Arsenal. I’m happy to have him, he is our player, I regard him really highly and from my side I want him to stay.”

The Gunners take on United at Old Trafford on Thursday evening, in what the Spaniard has described as a ‘trickier game than usual.’

Arteta said of the new Red Devils boss: “He has been one of top coaches and, in every involvement he has had in game, not just coaching, he has made some radical changes in areas so he is a really interesting person in the football world and a really interesting appointment.

“We didn’t know if he would be sitting on the bench, taking training sessions so in terms of the preparation it was a little trickier than usual because you don’t really know the influence the new coach will have.”