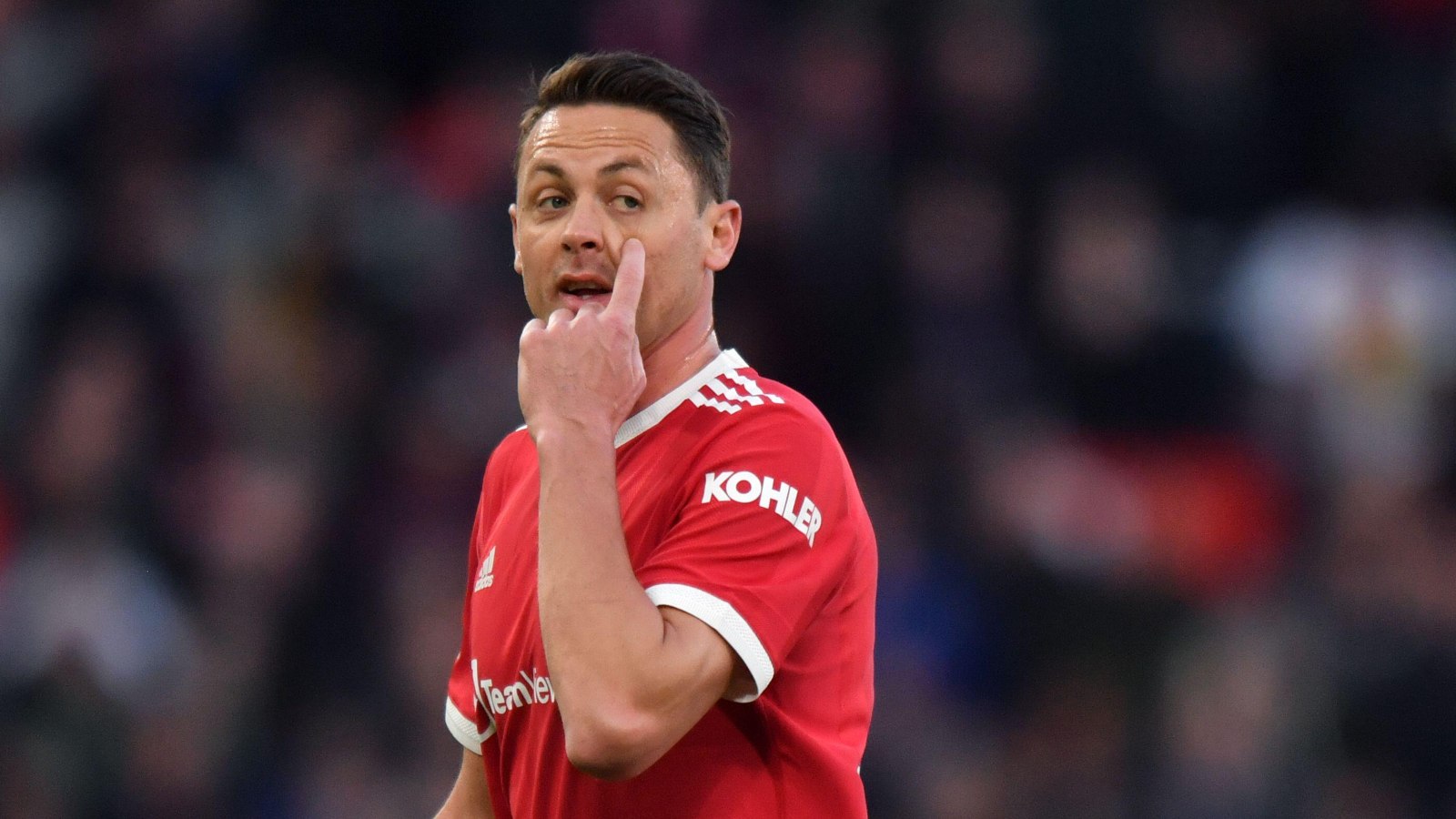 The Serbian is out-of-contract at the end of next month and is set to leave the club with his final game coming on Sunday at Selhurst Park as United look to finish of a disappointing season with a win against Crystal Palace.

The 33-year-old has spent five years with the club, making over 180 appearances during that time.

Matic isn’t the only United midfielder who will leave on a free transfer in the coming weeks with Paul Pogba also set to depart.

That will leave a hole in the middle of United’s midfielder and Matic believes youngster Hannibal could step up next season.

The Tunisian made headlines with an aggressive cameo off the bench in United’s 4-0 thrashing at Liverpool earlier this season, that saw him praised by the likes of Gary Neville.

Speaking to the Manchester United official website, Matic said: “I have to say that Hannibal is a fantastic player [and a] great character.

“The talent he has, he needs to use that. I really want to see him in the future and how he will grow.

“I hope so [to see him get more minutes].

“I think that every time I see him in training, he surprises me with his quality, he’s still young, but I’m very excited.

“I really want to see how he’s growing and improving.”

In a farewell message to the club’s supporters, Matic thanked them for their support and urged them to be patient with Ten Hag’s rebuild of the club, but insisted United will be back.

“Yeah, I just want to say thank you for the fantastic support.

“I know that we have had a couple of difficult seasons but I just want the fans to know that, at the training ground, we’re doing our best, and United will come back, for sure.

“It’s going to take some time but United will be back. Keep supporting the team. Stay together.”