England's penalty came from a "non-existent foul" and Colombia scored a winner. 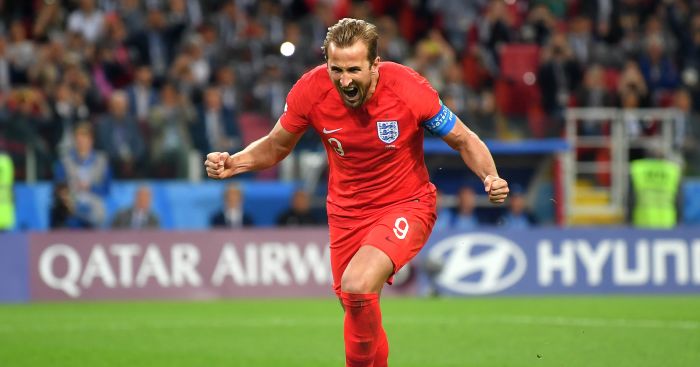 A petition demanding England’s World Cup last-16 match with Colombia be replayed has been signed by over 200,000 people dismayed by the Three Lions’ victory.

Gareth Southgate’s side won an ill-tempered clash on penalties on Tuesday night to set up a last-eight date with Sweden this weekend, but a petition has been set up calling for the contest to be staged again on account of two refereeing decisions.

In the petition, it is argued England’s second-half penalty should not have been awarded and that American referee Mark Geiger was wrong to stop play in extra-time before Colombian striker Carlos Bacca put the ball in the net.

The petition concludes with a message urging FIFA “to review these two actions, in order to set a precedent for fair play, where good play prevails”.

FIFA has already commented on the performance of Geiger and his colleagues in a statement issued in response to Diego Maradona‘s criticism, with the governing body calling the match officials’ display “positive in a tough and highly emotional match”.

England went ahead in the last-16 encounter after Geiger awarded a penalty when he deemed ex-Aston Villa midfielder Carlos Sanchez was guilty of wrestling Harry Kane to the ground in the box.

The petition argues this was a “non-existent foul” and that it was “evidently judged wrongly” by Geiger.

Colombia coach Jose Pekerman had said after the game that England players “fall in the box” and claimed there was “confusion” over the amount of physical contact tolerated at set-pieces.

In extra-time, the referee halted play following an England throw-in as the intended recipient Harry Maguire was distracted by another ball that would have entered the pitch had the assistant not prevented it from doing so.

The second ball never actually entered the field of play due to the assistant intervening, and though the whistle had already gone, Bacca then slotted home for a goal that would have put Colombia 2-1 ahead.

Once more the petition argues Geiger had got that decision wrong and that Bacca was denied a “legitimate goal”.

While much has been made of the Colombians’ antics during the contest, Geiger has attracted plenty of criticism in South America.

Maradona, who had been pictured in a Colombia shirt prior to the game, described the result as a “monumental robbery” and told Venezuelan television channel Telesur he blamed the chairman of FIFA’s referees committee, Pierluigi Collina, for awarding the fixture to Geiger.

Those remarks prompted a statement from FIFA, which read: “Following comments made by Diego Armando Maradona in relation to Tuesday’s round of 16 game, Colombia v England, FIFA strongly rebukes the criticism of the performance of the match officials which it considers to have been positive in a tough and highly emotional match”.

Maradona has since apologised for the views he aired in an Instagram post of him and FIFA president Gianni Infantino.