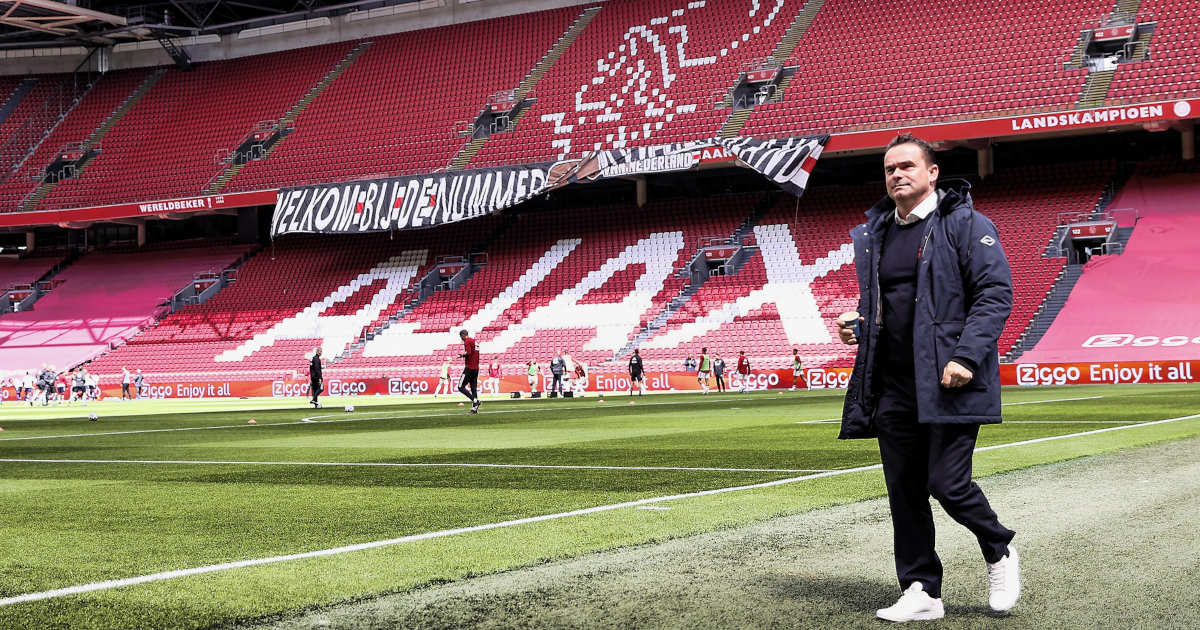 The resignation of Marc Overmars at Ajax is yet another symptom of a set of broader issues that football remains reluctant to tackle head on.

Another one bites the dust, then. As their Director of Football, Marc Overmars had been instrumental in the recent resurgence of Ajax, but he has now left the club over, according to a statement issued by the club, ‘a series of inappropriate messages sent to several female colleagues over an extended period of time’. Following the ongoing story regarding Mason Greenwood, the story about Rayo Vallencano, and the storm that engulfed Raith Rovers after they signed the rapist David Goodwillie, football is finally having to face up to some unpleasant truths about the culture of the game and its attitudes towards women.

Overmars, for his part, has at least issued a statement in which he apologised for his behaviour: “Unfortunately, I didn’t realise that I was crossing the line with this, but that was made clear to me in recent days. I suddenly felt enormous pressure. I apologise. Certainly for someone in my position, this behaviour is unacceptable. I now see that too. But it is too late. I see no other option but to leave Ajax.” For their part, Ajax have also issued statements through supervisory board chair Leen Meijaard and CEO Edwin Van Der Saar, who said that, “I find the situation appalling for everyone. In my role, I also feel responsible to help colleagues. A safe sport and working climate is very important. We will pay even more attention to this in the near future.”

The response from the club has been swift and decisive, and at least Overmars has apologised (the value of such apologies is another matter, of course), but the fact is that football remains mired in a misogynistic trough from which it seems unable to properly emerge, and fine words butter no parsnips when these stories simply keep on emerging.  And all the apologies in the world, whether they’re well-written or not, whether they say what the watching audience wants them to say or not, are of little actual use to anybody, because they always, always, always come after the event. Apologising is easy. What seems to be considerably more difficult is preventing things like this from happening in the first place.

The stories that have emerged over the last week are of very different magnitudes, but the common thread is that they are alleged acts committed against women, and football’s problem with women is well-established. The abuse is everywhere. Let’s not go pretending that it isn’t. Female commentators? Abuse. Female referees? Abuse. Female footballers? Abuse. Female football fans? Abuse. It comes both within the game and outside of it, from North America to Australia. Women don’t even have to have any interest or involvement in the game to get dragged in. A lot of the time, all they have to do is be involved with a man who does.

And while it’s easy to get angry about ‘anonymous trolls’, certain individual players or even clubs, the problem is institutionalised, and has been for decades. And no matter how infantile the culture of the dressing room may be, it doesn’t end there. The FA banned women’s football in 1921, and it was a full half-century before it was revoked. Even now, the women’s game is disparaged by a sizable proportion of male fans, despite the fact that its development was stunted to non-existence for 50 years by men.

By comparison, teams who win in the very first stage of the men’s tournament, the Extra Preliminary Round, receive £1,125 each. This amount will be paid to 87 men’s teams this year. There were 20 in the Third Round of the women’s competition. And this isn’t unique to the FA Cup. Next year’s Women’s World Cup will see a total prize fund of $60m, only a fraction of the men’s $440m prize fund. And this is double the amount awarded for the 2019 competition.

If you want to see how insidious this can be, all you have to do is look at some of the headlines surrounding these cases. No sooner had Marc Overmars’ departure from Ajax been confirmed that ghoulish headlines started appearing trying to link him to other jobs. It may well be that the newspaper concerned was only involved in clickbaitery, but the unwritten message remains the same; not only that there is no way that A Football Man should be excommunicated from the game, but that we don’t even seem able to wait any respectable period of time before the speculation about his return begins.

It is the culture that is rotten, and that culture doesn’t begin and end in one country or in any one sport. Changing that culture is going to be long, arduous work, and it won’t be changed in a day or a week, but it has to be done and there are signs that perhaps there might even be reasons to be optimistic that things can change. Raith Rovers found themselves in a deeply uncomfortable position after it was made clear by a substantial proportion of their fans that they would not tolerate David Goodwillie playing for their club. There has been little online ‘support’ for Greenwood. Rayo Vallecano supporters also protested. There are signs that fans are becoming increasingly intolerant of the intolerance of others.

In all of these stories, the common thread is the importance of speaking out, and that’s where the fans come in. If misogyny in football can’t be eliminated as quickly as we’d like, then it can at least be marginalised. As ever, the advice remains to call it out where you see it, both online and otherwise. Football may not be responsible for society’s problem with women, but it can at least do everything it can to keep its own house in order, and it has been demonstrated that fans can make a difference. But it’s also up to players, coaches, clubs, governing bodies – everybody – involved in the game to uphold equality for all through both words and actions. The only route to eliminating these depressing stories from the game is for us all to take responsibility. The behaviour of Marc Overmars is a symptom of a broader problem. We have to tackle both these symptoms and the causes of them.