Home All The News Hargreaves: New signing can be Man Utd’s Thomas Muller 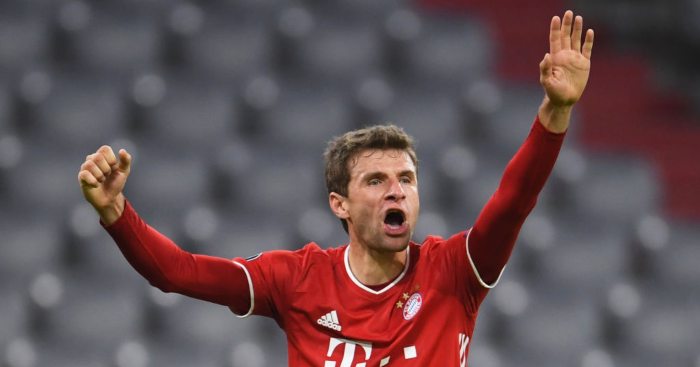 Van de Beek has struggled to get game time since his summer move from Ajax, failing to start any of the Red Devils’ five Premier League matches.

However, Ole Gunnar Solskjaer handed him an opportunity to impress fromt the start as Man Utd beat RB Leipzig 5-0 at Old Trafford on Wednesday night, with the Dutchman lasting 68 minutes before being substituted.

And Hargreaves was impressed by what he saw from Van de Beek with the former England international convinced he could be Man Utd;s version of Bayern and Germany forward Muller.

“He hasn’t had the opportunity to show it. He could be like what Thomas Muller is for Bayern Munich – the style.

“Everybody tried to get Thomas Muller out of the team, but once he’s in, you can’t get him out in terms of goals, assists, he’s very unselfish, he can press the ball, he works in a midfield three, he can play as an 8 or a 10.

“[Van de Beek] is one of those… once he’s in the team, Ole is going to find it hard to get him out.”

Hargreaves added: “The problem you have is: You’ve got £100m Pogba, Bruno Fernandes… getting them all in one team with the front three they have is going to be a challenge for Ole.”