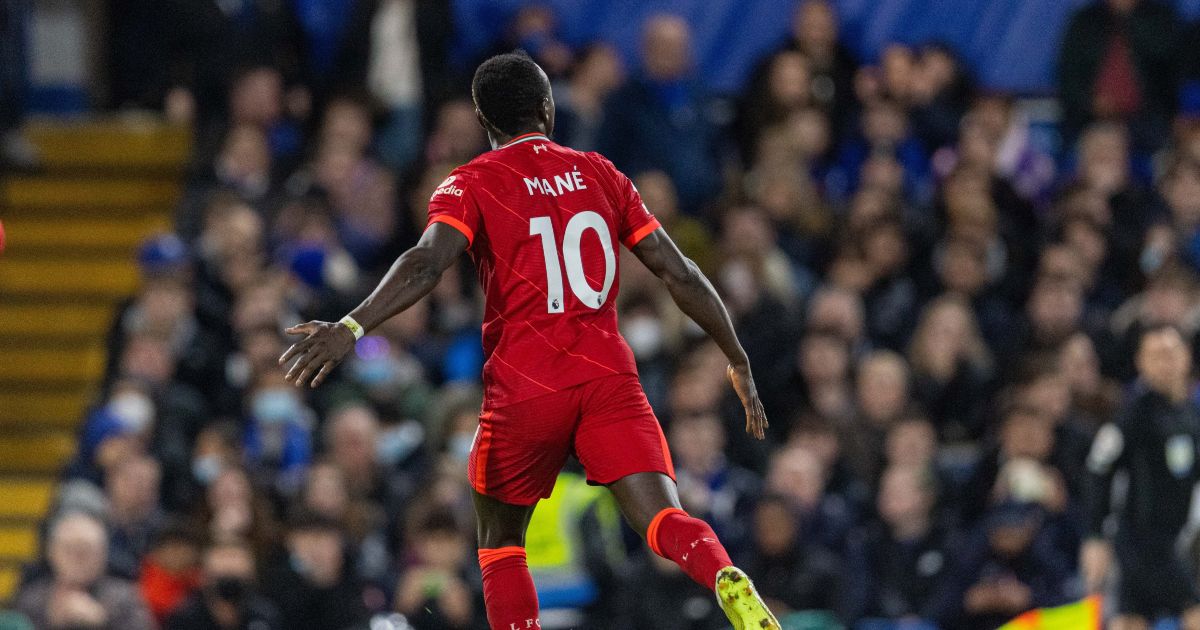 Michael Owen and Glenn Hoddle claim that Cesar Azpilicueta is wrong over his claims that Liverpool forward Sadio Mane should have been sent off against Chelsea.

Mateo Kovacic and Christian Pulisic cancelled out early goals from Mane and Mo Salah to give Chelsea – who were dominant for large parts – a share of the spoils in a 2-2 draw.

But a challenge from Mane early in the first half has divided opinion with the Senegal international leading with his forearm as he attempted to get to the ball first.

The referee gave a yellow card for the foul but Azpilicueta claimed it should have been a straight red card.

“It’s a clear red. I don’t mind if it’s five seconds into the game, it’s the first action and it’s a clear red,” Chelsea captain Azpilicueta said after the game.

“He doesn’t see the ball, he just wants to lead with the elbow. I honestly don’t understand it.”

After hearing Azpilicueta’s comments, Owen disagreed and thought Mane was trying to use his arms to jump and accidentally caught the Chelsea defender in the face.

“I don’t think it’s violent, it’s quite reckless, but naturally you lead with your arm to jump up. I think it’s a foul, and I think it’s a yellow card. I think Azpilicueta has seen it with a blue pair of glasses on.

“I’m not condoning that challenge, I think it was a poor challenge and he deserved his yellow card but I think it’s a bit extreme asking for a red.”

Carra 🗣 “Worse than a yellow but not quite a red.”

Jimmy 🗣 “Are you serious? Have you got your red hat on?”@jf9hasselbaink can’t believe @Carra23 didn’t see Sadio Mane’s incident as a red card pic.twitter.com/PSMe9uI4Az

Former Tottenham player and manager Hoddle said: “I can understand sometimes when you’re the player it happens to you get carried away in that moment.

“I think if Mane had a little glance first at Azpilicueta, then I’d think it’s preordained. Of you’re thinking of doing something like that early in the game you have a glance to make sure you get it right.

“But I don’t think he did. For me it’s an accident, it’s a yellow card.

“If you’re thinking of doing someone, you have a glance and do it with the end of your elbow. I don’t think that’s in Mane’s mind whatsoever.”