Home All The News Owen: ‘I don’t need to justify myself to f*cking Newcastle fans’ 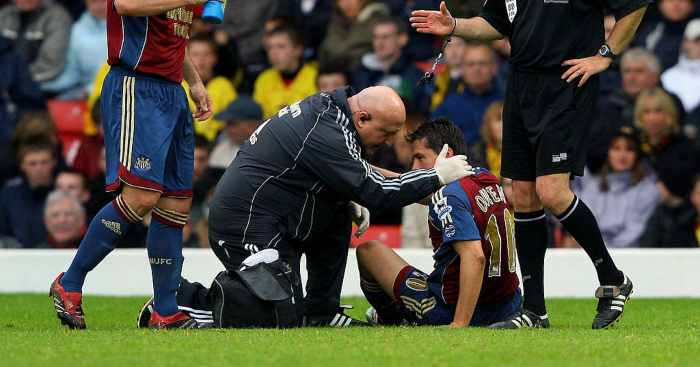 Michael Owen has described the moment his relationship with Newcastle United fans was “irreparably impaired”.

A year after swapping Liverpool for Real Madrid, Owen made the move back to the Premier League with Newcastle United in a club-record deal worth around £17million in 2005.

Owen had to come off the pitch on a stretcher in Newcastle’s 1-1 draw with Watford in May 2007 after being knocked unconscious and the former striker claims that he was booed off by his own fans that day.

“I can’t deny that their actions that day changed things for me,” Owen wrote in his book Reboot – My Life, My Time (serialised in the Daily Mirror).

“I hate generalising about football players, managers or fans, but their reaction to what was just a freak accident told me that the Newcastle fans just didn’t get it at all.

“From that moment onwards, my stubbornness kicked in. No longer was I even going to attempt to ingratiate myself with the fans. Instead, I flipped it in a slightly more resentful way thinking, I don’t need to justify myself to f*cking Newcastle fans.

“And I have a long memory. As much as there were some good times to follow at St James’ Park, my relationship with the fans was irreparably impaired that day at Vicarage Road. The love affair, if you could call it that, was almost over.”