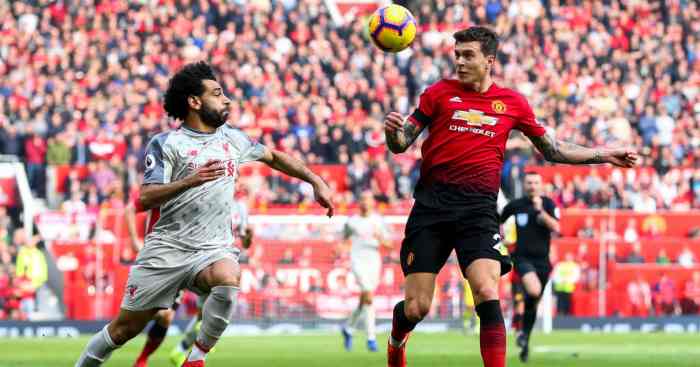 Michael Owen thinks Liverpool will prove too much for Manchester United to handle this weekend.

The Red Devils go into the match on Sunday with Ole Gunnar Solskjaer under intense pressure after claiming just nine points from their opening eight games in the Premier League, putting them 12th in the table.

That is in stark contrast to Jurgen Klopp’s men, who are 15 points ahead of United in first position after winning all eight of their opening fixtures.

And Owen, who played for both clubs, reckons Liverpool will carry on where they left off before the international break.

“Manchester United have won just two of their last 13 league games (D5 L6) and a barometer of their performance at St James’ Park last time was that central defender Harry Maguire had more touches (4) in the Magpies penalty area than any other United player,” Owen told BetVictor.

“Liverpool will equal Manchester City’s record of 18 successive league wins if they win at Old Trafford.

“Jurgen Klopp’s side have ridden their luck in recent weeks, but I expect them to have too much pace and aggression for this United side, although Ole Gunnar Solskjaer will be hopeful that he can call on the services of at least a couple of his key players returning from injury or illness.”