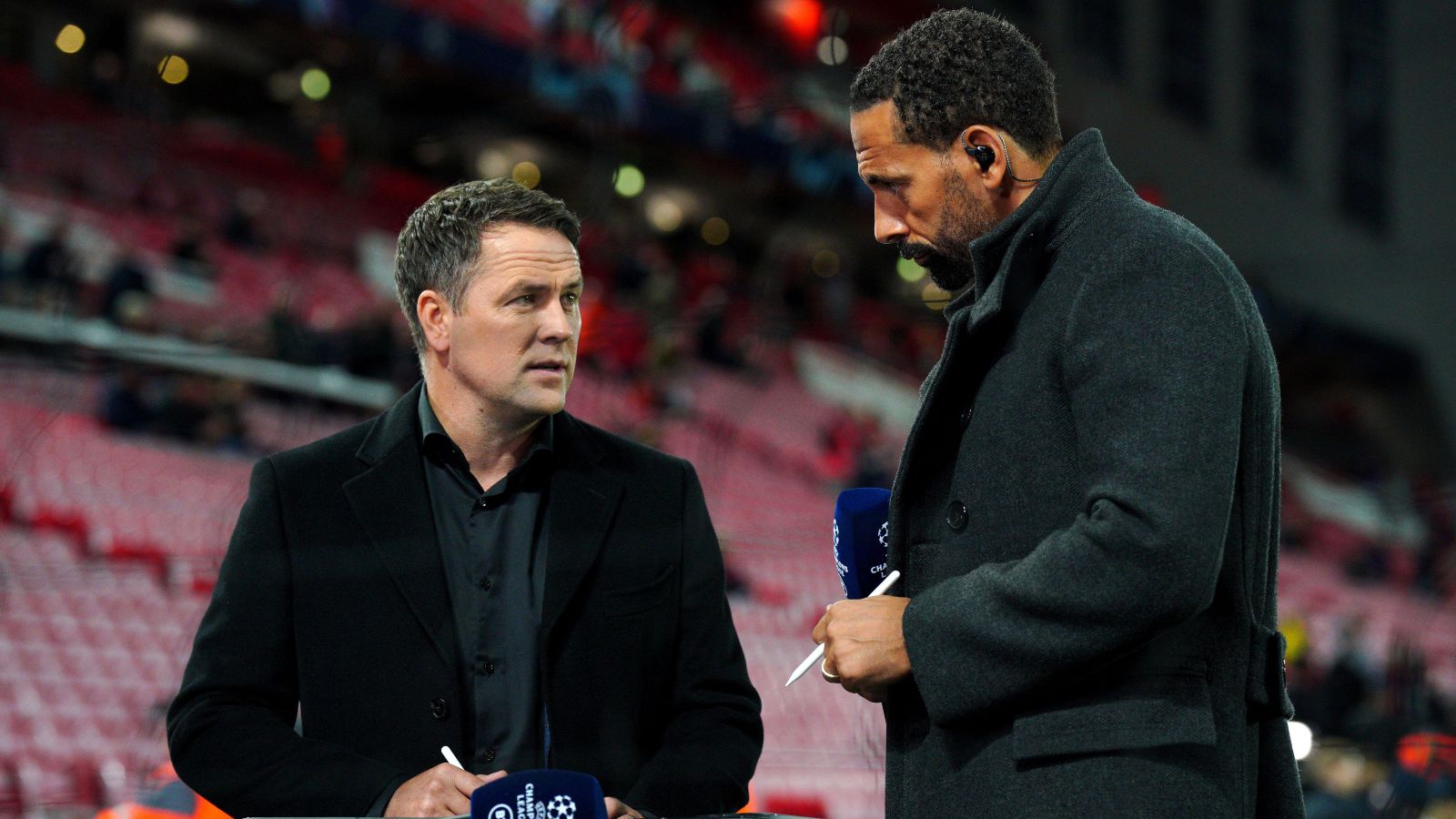 Michael Owen is unsure whether Jurgen Klopp is “brave enough” to stick with the formation that helped Liverpool beat Rangers on Tuesday,

The Reds bounced back from a disappointing 3-3 Premier League draw at home to Brighton on Saturday with a convincing 2-0 victory over Rangers in the Champions League.

An brilliant free-kick early on from Trent Alexander-Arnold got Liverpool on their way before Mo Salah converted a penalty after Leon King’s clumsy second-half challenge on Luis Diaz.

Klopp switched from his usual 4-3-3 formation to a 4-2-3-1 set-up against Rangers with Diaz, Diogo Jota and Salah all supporting Darwin Nunez in attack.

But Owen is not sure if Klopp will be “brave enough” to try the same tactics when they face Premier League leaders Arsenal at the Emirates Stadium on Sunday.

Owen told BT Sport: “I think he’ll maybe think about going again. Fabinho – I absolutely love the guy he’s brilliant – but he’s been one of the poorer players.

“But I do agree, I think it’s really brave to put four of them against an Arsenal team which are flying at the moment but that will give him confidence in terms of thinking for the future. He’s got that many good attacking players in his team, it’s just whether he’s brave enough.”

Former Manchester United defender Rio Ferdinand thinks Fabinho will come back in for their clash against Arsenal.

Ferdinand said: “I think Fabinho comes in and plays against Arsenal. In defensive positions in midfield, he’s fantastic, been a mainstay, so I don’t see him not coming in and playing. Having those four attacking players on the pitch tonight (against Rangers) was perfect. I think Arsenal is a completely different proposition and I think they won’t be able to play as freely and expansively as they did today.”

On the general performances from Liverpool this season, Ferdinand added: “It’s not the same scenario at the moment, they haven’t got the same rhythm in the way they’re playing. The confidence isn’t the same, there are players in there you thought were untouchable in terms of people being shoulder to shoulder in the tunnel.

“But at the moment, teams are saying ’they’re not in a good moment, this could be the time to play Liverpool ’. The players have to turn that around, for the last four, five years they have been the team with supreme confidence and it was a matter of when not if they would blow teams away.”