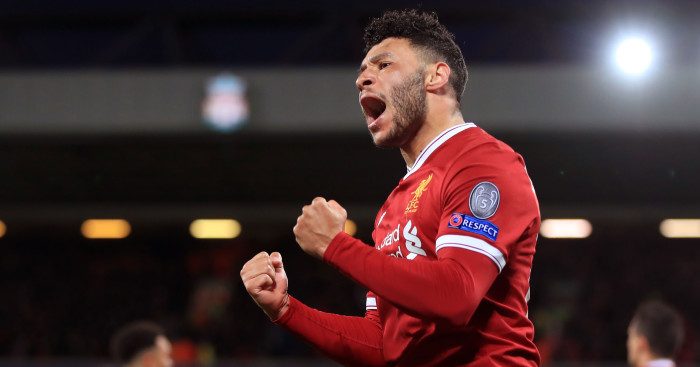 Alex Oxlade-Chamberlain has revealed how Liverpool’s winning “mentality and mindset” has left them angry after some victories this season.

In all competitions, the Reds have won 27 of their 34 games, losing only to Manchester City on penalties in the Community Shield and at Napoli in the Champions League, while a scratch youth team were beaten in the Carbao Cup quarter-final at Aston Villa last month.

But Oxlade-Chamberlain – who returned from injury in Sunday’s 1-0 FA Cup third round home triumph against Everton – has explained how the squad have been left angry after victories at times this season.

“There are crucial players in the team who, if we only come off the pitch with a draw instead of a win, aren’t happy,” he told the Liverpool Echo.

“That’s the environment we’ve created, which sometimes can seem a bit strange.

“I remember the Salzburg game at Anfield. We came off after winning 4-3, but you’d have thought we’d lost the game if you’d been in the dressing room afterwards. It was quiet, then a lot of the boys were angry and not very happy with how things had gone.

“The manager had to come in and say ‘look boys, it wasn’t how you were meant to do it, it wasn’t good, but we won – don’t forget that’.

“So we’ve got that kind of mindset around the place that even if we win a game 4-3 the boys aren’t happy if the performance wasn’t good. That’s the level the expectations and demands of ourselves are at – it’s what has got us to where we are at the minute.

“We need to keep doing that to keep progressing because even this season there have been a few games where we haven’t played as well as we’d liked but we’ve managed to win. That’s purely from our mentality and mindset. That’s the difference that keeps us going.”

Liverpool resume their Premier League campaign at Tottenham Hotspur on Saturday looking for the victory that would ensure the best-ever start to a season in English football history.